Palliative surgery is often defined as surgical intervention with intent to improve a patient’s quality of life by relieving suffering secondary to symptoms of advanced disease. In the context of shared decision making about palliative surgery intervention, tensions can arise between patient (or surrogate) and surgeon, who might not share goals and values. This article suggests that a surgeon’s clinical and ethical duty is to identify goals of care, including those related to quality of life, from a patient’s perspective and to consider how to achieve them.

“All I want from life is the opportunity to have sex with my wife, and without this,” said Mr J, tearful and despondent, pointing to an ostomy appliance attached to his abdominal wall. Following initial diagnosis of rectal cancer several years ago, Mr J underwent chemoradiation followed by proctectomy and ileorectal anastomosis, with a “protective” diverting ileostomy to reduce risk of anastomotic leak. Mr J felt initially led to believe that the ileostomy was temporary. Despite assistance from enterostomal therapists, Mr J was extremely distressed about ostomy leakage during sex and felt dismissed when someone told him he needed to learn to live with it.

After developing bilateral pulmonary metastases, Mr J chose to undergo palliative systemic chemotherapy. During that time, his disease remained stable, and he felt frustrated by not being able to convince his 2 prior surgeons to reverse his ileostomy. The first surgeon, Dr S, performed the protectomy and ileostomy and told Mr J that temporary suspension of chemotherapy to treat metastatic disease for the sake of reversing his ileostomy was not a good idea. After much discussion with Mr J, Dr S sympathized and sought to help Mr J adapt to life with the ileostomy but could not agree to reverse it. The second surgeon, Dr T, agreed with Dr S that there was no clinical indication to reverse his ileostomy, given that he was adequately hydrated and had no electrolyte imbalances, and agreed with Dr S that reversal would not be a good decision.

Mr J sought the opinion of a third surgeon, Dr Q, to whom he was referred by his primary care clinician. Dr Q and Mr J had a lengthy conversation. Dr Q saw no reason to question Mr J’s capacity to make health decisions for himself; felt Mr J had a solid understanding of an ileostomy takedown procedure’s prospective benefits and risks for complications and how possible complications could compromise his survival; and felt that ileostomy reversal expressed Mr J’s values and quality-of-life (QOL) priorities. Dr Q is aware of Dr T’s and Dr S’s refusals to reverse Mr J’s ileostomy and considers how to respond.

Surgeons’ roles in patient-surgeon relationships have evolved from exercising paternalistic authority to partnering in decision making,1 trending over time toward expressing respect for patients’ autonomy and practicing patient-centered care. The Institute of Medicine defines decision making in patient-centered care as “responsive to individual patient preferences, needs, and values.”2 Surgeons aiming to practice patient-centered care, however, can still struggle sometimes to see therapeutic goals through the eyes of a patient, especially when a patient’s goals or priorities are not seen by surgeons as promoting optimal care or outcomes, and this can generate tension that needs ethical and clinical attention.

An ideal for patient-centered surgery, articulated in the fourth principle of the 2005 American College of Surgeons Statement on Principles of Palliative Care, states that “primary goals of care from the patient’s perspective” should guide a surgeon’s care of that patient.3 While palliative surgery has various definitions, it is often defined as surgical intervention with intent to improve a patient’s QOL by relieving suffering secondary to symptoms of advanced disease.4 Most importantly, effectiveness of palliative surgery is judged in terms of whether, to what extent, and how durably it improves QOL and resolves symptoms4 from the point of view of the patient, not according to traditional metrics (ie, absence of complications, reduced morbidity, or prolonged survival) of surgical success. In Mr J’s case, Drs S and T seem to take a surgeon-centered approach to assessing risks and benefits of reversing Mr J’s ileostomy, which focuses more on outcomes (eg, prolonging survival, maintaining homeostasis) and less on Mr J’s views of his QOL, specifically the value of sexual intimacy with his wife in what remains of his life. The surgeons’ initial decision not to reverse Mr J’s ileostomy during his illness’ progression to metastatic disease was clinically justifiable. But when Mr J’s disease stabilized after chemotherapy, we argue that it’s reasonable, particularly after several years, to reconsider Mr J’s request and persistent desire for ileostomy reversal. Mr J accepts known risks of this procedure and certainly seeks a surgeon who will adopt a patient-centered and palliative approach to his goals; he turns to Dr Q.

Also important to note from an ethics standpoint is that Mr J feels dismissed and that he must acquiesce to Dr S’s and Dr T’s denials of his requests for ileostomy reversal. This is an important feature of this case, as many surgeons tend to privilege physical problems’ influences on patients’ lives. Mr J’s deeply held desire for ileostomy reversal reflects key psychosocial and spiritual dimensions of his QOL and deserves close attention in his surgical care (see Figure).5

Surgical palliative care requires a patient-focused approach and preserving palliation as a goal. Standard global QOL assessments include social, emotional, and family well-being, so Dr Q might engage in conversation with Mr J about how palliation should be prioritized by probing how Mr J would define success of ileostomy reversal. Particularly during an informed consent process that precedes ileostomy reversal, key questions to ask Mr J are these: How do you see ileostomy reversal as helping you improve sex and intimacy with your wife and contributing to enriching your relationship and your emotional well-being? Would you consider ileostomy reversal a success if sex is improved only temporarily, perhaps if your malignancy progresses due to chemotherapy cessation?

Deciding whether to perform surgery a patient requests and deciding whether to give informed consent or informed refusal to a procedure a surgical team recommends are both complex and require discussion about expectations. A “palliative triangle” has been proposed by Miner et al as a model to help clinicians, patients, and their surrogates share decisions,7 facilitating discussion of QOL and relevant factors for each stakeholder.7,8

Applying the palliative triangle to Mr J’s case, perhaps Mr J, his wife, and Dr Q could consider the questions posed above, compare the status quo against hypothetical recovery scenarios and scenarios about sex without Mr J’s ileostomy, and imagine possible outcomes of and feelings about those possibilities.

As discussed, surgeons are generally trained to focus on physical, measurable outcomes (ie, physiologic responses, intervention side effects, morbidity, and mortality) and measures of palliative surgical success from patients’ perspectives are not well defined or documented.9 Nevertheless, patients’ QOL estimates and self-reports about QOL improvement10 should play key roles in decision making, goal formation, and definition of success. Patients selected to receive palliative surgery for oncologic indications might have improved survival and improved morbidity,6 and the finding that patients demonstrate increased overall satisfaction regardless of outcome is also important.11 In the case, if we assume that Mr J underwent ileostomy reversal and recovered well under Dr Q’s care—and if we further assume that he and his wife had more satisfying sex, which generated improved QOL reports from Mr J—we likely would have good reason to call the goals of his ileostomy reversal palliative, to call the surgery a success, and to feel that we’ve done what we could as surgeons to not overlook his needs.

How Should Physicians Care for Dying Patients With Amyotrophic Lateral Sclerosis? 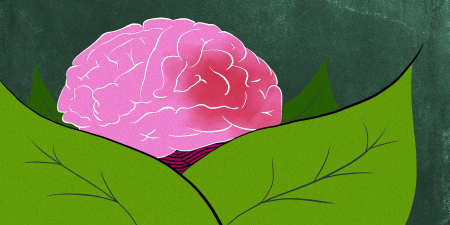 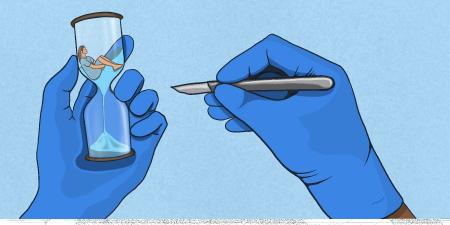 Cutting Without Hope of Cure 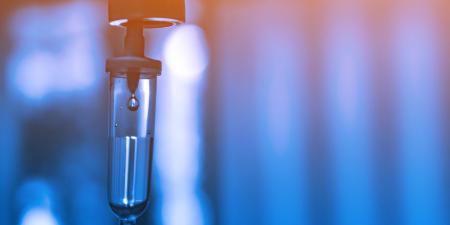