Reflecting upon my medical school experience in my final year, I realized that my last two have been very different from the first two. The first 2 years were not much different from my undergraduate years, spent mostly in an auditorium or in nearby cafes where I flipped through giant files of flashcards or stared at metabolic pathways on PowerPoint slides. My third year, on the other hand, felt more like an induction into a secret society. As I observed how resident physicians spoke and behaved, I began to mirror their phrases, jargon, and mannerisms. The induction even came with a uniform. I went from feeling like an impostor in hospital scrubs to wishing I could wear them every day.

I adjusted to this new environment and found myself privy to a new kind of humor. I observed a physician, who was just yelled at by a patient, make fun of that patient later. Members of the consultation team would joke about physicians in other specialties who asked “stupid” questions. I heard resident physicians on intensive care unit rotations laugh about absurdly dismal prognoses of some of their patients. “Great job treating 13’s laboratory abnormalities,” they would sarcastically congratulate each other, just prior to telling the family in room 13 about this patient’s impending death. Also during my third year, I read “Our Family Secrets”1 and “Gallows Humor in Medicine.”2 In “Our Family Secrets,” an anonymous author describes their experience as a student with an attending obstetrician who, only seconds after performing life-saving internal uterine massage on an unalert patient with uterine bleeding, dances in place with his hand still inside the patient. “Gallows Humor in Medicine” recounts a story of emergency department (ED) resident physicians who, after a failed resuscitation attempt of a delivery boy who had been mugged while delivering a pizza ordered by those same residents, volleyed quips about how much they should tip him. Although initially shocking, the perspectives of these articles’ protagonists became more and more relatable.

I felt conflicting emotions when observing these kinds of humor, but I found myself participating. After a few clinical rotations, I had learned not only the names of antibiotics but also slang for describing long-term inpatients and patients seen frequently in the ED. I still let these terms slip during conversations with other students, perhaps to fit in and affirm to myself and others that I am a legitimate part of this new community into which I`m being socialized. Or perhaps it`s just because these one-word terms are easier to say. Regardless, I`ve surprised myself with my own carelessness.

My experience is not unique. Reading fellow students’ quotations about their experiences with derogatory humor in studies such as Wear et al3 or Parsons et al,4 for example, I could be reading a continuation of conversations I have had with friends. One student quoted in Parsons et al states: “I was so shocked at the way doctors talked about people in the beginning. But having just finished a month of being that tired and sleep deprived, and being up all night for really stupid things … it’s no longer inconceivable to me why people talk that way about patients and families.”4 I realized that, like me, other trainees grapple with conflicting emotions about humor in clinical practice. I’m simultaneously reassured I’m not alone and concerned by how so many of us seem to be affected by humor’s lessons and how they’re taught in our hidden curriculum.

Yet, I also appreciate when humor was used to strengthen patient-clinician relationships. During my anesthesia rotation, I followed multiple anesthesiologists as they spoke with patients in preoperative waiting areas. Each had a set of jokes they recycled with patients to try to make them feel more at ease. One anesthesiologist would joke that midazolam was “a margarita before going off to a dreamland vacation to Hawaii,” and I couldn’t help but roll my eyes the tenth time I heard it. An important lesson was that this reused line was one of the important anxiolytics the anesthesiologist used to try to help patients relax.

Other specialists also seem to have their own ways of using humor. A pediatrician might joke with patients during an office visit5 or a clown might service patients in children’s hospitals.6 But humor is also found in unexpected places, like cancer care settings. For example, one oncologist quoted in Penson et al notes: “I find if you joke about yourself, it definitely dethrones the doctor and relaxes the patient, particularly since I take care of women with ovarian cancer, and I’m a guy.”7

Medicine’s social and cultural sanctity—combined with myriad conditions that affect our health, the intensity and stress of training, and the awkward intimacy and universality of bodily functions—makes for abundant opportunities for humor in health care. Thus, I feel obligated to be thoughtful about how I approach humor when I practice medicine. Aristotle considered wit to be a virtue.8,9 Prior to being reminded of this fact during an ethics course, I had not before taken seriously the notion that wit and humor could be moral; I had dismissed this idea as some sort of ancient Greek anachronism. After I started clinical rotations, other Aristotelian ideas began to resonate as well, especially the idea that one might be missing an element of eudaimonic (typically translated from the Greek as “happy, fulfilling”) life by being overly serious or overly eager to joke.

In this theme issue of the AMA Journal of Ethics, contributors seriously consider humor, explore its intersections with ethics, and consider what constitutes humor and its appropriate or inappropriate, kind or ill, and beneficial or problematic uses in health care. Clinicians seeking practical suggestions or wondering how to ethically incorporate humor into their practice might discover some possibilities here. Although explaining jokes typically ruins them, my hope is that the contributions to this issue will help me and all readers engage with humor in our day-to-day lives thoughtfully and intentionally.

Winning artist is awarded a $5000 prize. 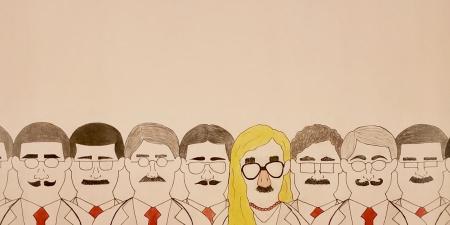 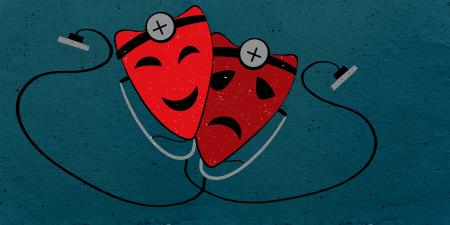 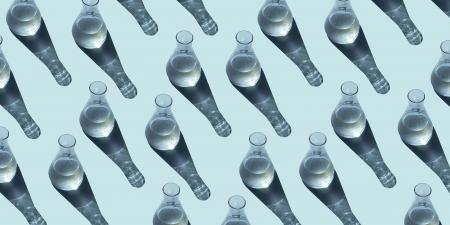 The Science of Comedy (Sort of) 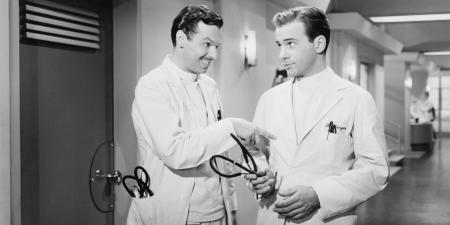