The misuse of drugs and alcohol by physicians is compounded by their critical role as caregivers. Historically, addicted physicians either went unnoticed or were treated punitively. In 1973, the American Medical Association recommended, in a landmark report entitled "The Sick Physician," that state medical societies establish programs to identify and treat impaired physicians.1 Since that time, every state has established a program or committee for that purpose.

It is estimated that approximately 6 percent of physicians have drug use disorders and that 14 percent have an alcohol use disorder---figures that mirror addiction in the general population.2 But considering the degree of responsibility entrusted in doctors, this significant number of impaired physicians is cause for concern. Patterns of use vary but, in general, alcohol is most commonly misused, followed by opioids and cocaine. Anesthesiologists and emergency room doctors are 3 times more likely to abuse substances than the general population of physicians.3 Both fields entail high-risk situations and performance under pressure. Hence, both tend to attract physicians who are more likely to engage in high-risk behaviors in their personal lives. Some specialists give in to temptation from easy access to addictive pharmaceuticals.

Substance use disorders (SUDs) commonly affect several domains in the impaired physician's life, especially his or her ability to function at work and at home. Detection of the addicted physician tends to be delayed because job performance is often the last dimension to suffer. The following are potential signs of an increased problem with a substance use disorder (SUD).4

Intervention and the Role of Physician Health Programs

If a colleague is concerned that a physician has an SUD that is impairing
his or her functioning, it is that colleague's ethical duty to act immediately to intervene. The best approach is usually to contact a Physicians Health Program (PHP),5 rather than the state medical board, and to report the suspected addicted physician. Contacting a PHP can be done anonymously and is usually better than trying to confront the individual directly since most addicted physicians have high levels of denial and are usually not receptive to interventions from colleagues. However difficult it might be to report a colleague, impaired physicians cannot be allowed to continue to put the lives of their patients at risk through negligence, misconduct, or avoidable harm. After initial contact is made, the PHP arranges for a comprehensive assessment with the suspected impaired physician to establish a definitive diagnosis of an SUD or any other significant psychiatric or medical illnesses. If necessary, the PHP can help arrange for an intervention by facilitating the selection of a team including family members, peers, friends, supervisors, or clergy to confront the physician. The goal of an intervention is to break through the addicted physician's denial and arrange for treatment.

Abstinence is always the final goal if the physician hopes to return to practicing medicine. No other option is suitable in light of the physician's level of responsibility for the lives of his or her patients. Once evaluated, physicians are given the level of care that matches their need—either an inpatient residential setting or an outpatient program. Given the severity of a majority of SUD cases reported, most physicians require the inpatient residential setting. Treatment of an impaired physician might consist of any or all of the following options:

Most PHPs monitor addicted physicians for 5 years, which includes the monitoring of bodily fluids (ie, toxicology screens), ongoing treatment, and their performance when they return to practicing medicine. Many programs have demonstrated recovery rates of up to 90 percent, which is likely due to close monitoring and also to highly motivated physicians who have a tremendous amount to lose professionally and personally if they relapse. Although many physicians are grateful for assistance with their SUD, they may feel intense guilt and shame. Others might resist treatment, despite the need, and will feel enraged that their right to practice medicine has been suspended or revoked.

In summary, alcohol and drug use among physicians is a significant problem that can lead to impairments in the ability of physicians to function both at work and at home. Early detection and aggressive treatment are key aspects to dealing with this serious problem. PHPs, available in every state, play a vital role in the advocacy and treatment of impaired physicians.

Learning from Physicians with Disabilities and Their Patients 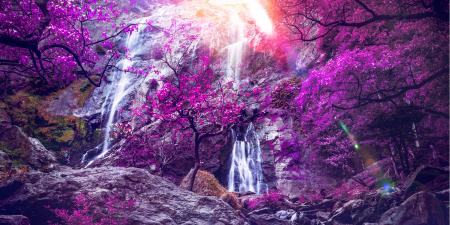 Can Professionalism Be Taught?