The defining feature of coronary artery disease is a focal narrowing in the vascular endothelium, which impedes the flow of blood to the myocardium. Atherosclerotic plaque forms the principal lesion, which is composed of a necrotic center containing cell debris, cholesterol, and calcium. Outlining the necrotic center is a fibrous cap made of proliferated smooth muscle cells, connective tissue, and lipids.

Although there are many identifiable risk factors for atherosclerosis, none of them constitutes a known mechanism for the pathogenesis of coronary artery disease. The widely accepted "response to injury" theory proposes that the initial stimulus is an injury to the arterial endothelium. Damaged endothelial cells release various chemotactic factors and stimulate the deposition of fatty material. If the process is not reversed, mature fibrous plaques will obstruct the arterial lumen.

Angina pectoris is the main clinical consequence of decreased blood flow in the coronary arteries. It is characterized by chest pain or pressure often described by patients as crushing or squeezing. One of the most important features of angina is that it is typically brought on by physical exertion.

The New York Heart Association (NYHA) has developed a functional classification system that is commonly used by physicians to assess the severity of angina ranging from Class I angina, which is brought on only with unusually strenuous activity, to Class IV, angina experienced while one is at rest.

There are several types of anginal syndromes. Stable angina describes a predictable pattern of anginal symptoms. Unstable angina is more worrisome as it may presage a myocardial infarction. Angina is classified as unstable when there is a change in either the frequency, duration, or severity of the attacks. Symptoms occurring at rest are also considered unstable and are particularly alarming. Prinzmetal's angina is a variant type of pain, typically occurring at night, which is suspected to occur as a result of transient coronary spasm.

Patient history alone can lead quickly to a diagnosis of angina pectoris, and noninvasive testing options can confirm the diagnosis, preferably by means of a stress test. A resting electrocardiogram may be taken but is likely to be normal in the absence of pain and in patients with no previous history of myocardial infarction. Stress electrocardiography, recorded while the patient performs some sort of physical exercise, helps detect and evaluate the severity of myocardial ischemia. A detailed discussion on the wide variability in the sensitivity and specificity of exercise stress testing is available in the "ACC/AHA Guidelines For Exercise Testing," the American College of Cardiology/American Heart Association task force report on exercise stress testing.1

The standard exercise stress test is considered low yield in certain patients including those with existing EKG abnormalities such as left bundle branch blocks or left ventricular hypertrophy. A nuclear stress test is an excellent alternative to the standard stress test. Thallium, a radioactive substance, is injected into the bloodstream during peak exercise and a gamma camera is used to visualize the heart and its blood supply. Pharmacologic stress tests utilizing dobutamine, adenosine, and dypyridamole are other alternatives and are suited for patients who are unable to exercise or who have deep venous thrombosis.

Cardiac catheterization is the gold standard test for the diagnosis of coronary artery disease and is used to determine whether medical or surgical therapy is more appropriate and to plan revascularization surgery.2 When the patient's history suggests congestive heart failure or when a revascularization procedure is being contemplated, an echocardiogram is appropriate.2

Most cases of chronic stable angina in patients who are considered to be at low risk for myocardial infarct (ie, single-vessel disease not affecting the left main stem artery) can be managed without surgical intervention. Drug therapy can reduce ischemic pain, minimize the frequency and severity of ischemic episodes, prevent serious complications (myocardial infarction), and improve the quality of life. For a good overview of the medical management of chronic stable angina, see an article published in the American Family Physician in January 2000.2 Important items in the drug therapy arsenal are:

The management of unstable angina or angina at rest (Class IV) initially involves treatment with bed rest, intravenous heparin, and aspirin. When the patient is stable, cardiac catheterization is performed to assess the degree of stenosis and plan revascularization procedures.

Percutaneous Coronary interventions (PCI) are invasive procedures during which a small balloon-tipped catheter is inserted into either a femoral or brachial artery and threaded up to the obstructing lesion in the coronary artery. When the balloon is inflated, the plaque is flattened against the endothelial wall, the artery is dilated, and blood flow to the myocardium is increased. Small wire stents can be inserted at the site to maintain dilation and prevent restenosis.3

More serious cases of coronary artery disease require coronary artery bypass graft surgery (CABG), a procedure designed to restore blood flow to the myocardium. Performed since the late 1960s, this is now one of the most common operations in the United States—up to 500,000 are done yearly.

The 1999 Guidelines for CABG Surgery developed by the American College of Cardiology and the American Heart Association list the following 6 conditions as indications for CABG in patients with stable angina:4

5. One- or 2-vessel stenosis without significant proximal LAD stenosis, but with a large area of viable myocardium and high-risk criteria on noninvasive testing.

6. Disabling angina despite maximal noninvasive therapy, when surgery can be performed with acceptable risk.

During the procedure, the clogged coronary artery is "bypassed" by grafting a vessel (usually the patient's own saphenous vein or internal mammary artery) around the lesion. The surgery traditionally requires that the heart be stopped while the patient is connected to a heart-lung machine, which oxygenates and circulates the blood in place of the pumping heart. Innovations in surgical technique allow for minimally invasive bypass surgery and avoid the use of the heart-lung pump.

The benefits of CABG are not uncontested, however. For example, the Bypass Angioplasty Revascularization Investigation (BARI) was a large, randomized controlled trial which looked at mortality in patients with multivessel disease who were treated with either CABG or the less invasive PCI. No statistical difference in survival rates was found at either 5 or 10 years with a single exception. Diabetic patients had a statistically significant lower mortality with CABG at 10 years.5 In the 1990s, larger meta-analyses comparing short term outcomes (1-3 years) of PCI versus CABG also found no significant difference in rates of death.6 It is important to note that BARI is often criticized for its inclusion criteria. Sixty percent of patients in the trial had moderate 2-vessel disease. Such patients would not be expected to benefit from CABG to the same extent as those with more severe anatomical disease.

What, then, can we say about the benefits of invasive therapies such as PCI and CABG? Invasive therapy is generally not recommended for low-risk patients with single-vessel disease unless they suffer significantly from angina or have failed medical therapy.

Low-risk patients with single-vessel disease who are not achieving desired anginal relief with medical therapy will likely improve both symptoms and quality of life with PCI. CABG has not been shown to improve survival in low-risk patients with single-vessel disease except those with left main or left main equivalent disease.3 Second, those patients at high risk for complications (due the anatomic severity of their disease) who undergo CABG, will see a reduction in their risk of death.3 Also, in these high-risk patients, CABG delivers a more immediate improvement in quality of life when compared to PCI and requires fewer repeat procedures.3

For moderate risk patients (ie, 2-vessel disease), either invasive procedure may be used. Deciding between the procedures can be difficult and should be based on patient preference and risk factor analysis. However, a new meta-analysis study (which includes the BARI trial) prepared by physicians at Tufts-New England Medical Center suggests that CABG is associated with both decreased risk of mortality and greater symptom improvement at 5 years when compared to PCI. The researchers found a 1.9 percent absolute survival advantage favoring CABG at 5 years. Patients undergoing PCI were more likely to require repeat procedures and have more severe anginal symptoms compared to those who underwent bypass surgery.7 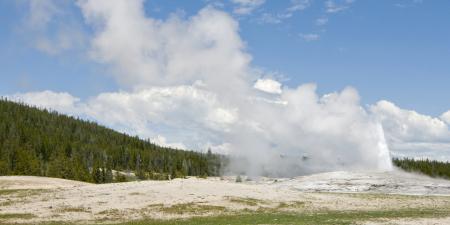 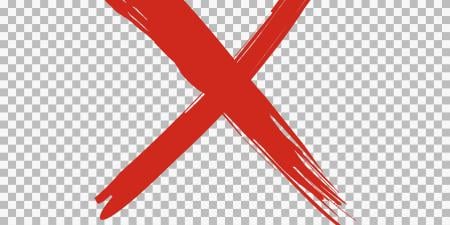 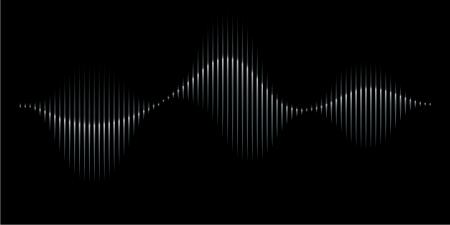