I understand that many laws, regulations, and military customs will govern my conduct and require me to do things under this agreement that a civilian does not have to do [1].

The legal doctrine of informed consent stems primarily from the right to protect the sanctity of one's body from the intrusion of others. It means that patients must be told of risks and benefits of medical treatment and must give their consent prior to receiving treatment. The idea of consent to treatment, virtually nonexistent a century ago, has become entrenched to the point that consent is now mandatory in most circumstances. During this time, experience has shown how essential consent is, especially in medical research. Today, printed consent forms are common, and patients have recourse to the courts when informed consent procedures are not followed.

Life in the military operates under a somewhat different set of rules. Understandably, demands made of the military exceed those made of civilians, and the requirement to protect the sanctity of a soldier's body is not equivalent to the requirement to protect that of a civilian; at least, that is the presumption espoused by the armed forces' enlistment document quoted in the headnote to this article. Along with increased duties and heightened risks, members of the military face lowered requirements for informed consent to medical treatment.

The original statement of the military's anthrax vaccination program (Anthrax Vaccine Immunization Program or AVIP) mandated (i.e., no consent was required or requested) inoculation using a vaccine that had been approved by the Food and Drug Administration (FDA) roughly three decades before this program began. Following the establishment of the program by a memo from the Secretary of Defense in 1997, questions arose about the proper use of vaccinations and whether service men and women were placed at undue risk without their informed consent.

According to the FDA, the anthrax vaccine's efficacy was established in a 1950s study of animal hide workers, having been developed to protect them from cutaneous anthrax-contracted through skin exposure. The licensing of the vaccine was based on this form of the disease [2]. The vaccine was estimated to be nearly 93 percent effective [3].

But the military sought to protect its soldiers against anthrax contracted through inhalation (not skin exposure), a more potent form of the bacterium [4]. Although the original study of the vaccine indicated that it afforded protection to both forms of anthrax, the limitations of that study had been acknowledged (there were only five cases of inhalation anthrax in the study, versus 21 cases of cutaneous) [3].

Soon after the AVIP was initiated, soldiers began complaining of side effects, many of which were debilitating to the point that some were unable to perform their duties. Some refused the vaccination and were sanctioned or threatened with discharge or other punishment that could negatively affect their careers. Those who complained of side effects also faced discipline, leading one soldier to sue the military for a violation of free speech rights [5].

Following complaints at Dover Air Force Base (DAFB), Colonel Felix Grieder suspended the vaccination program and later said that the vaccines provided at DAFB contained squalene, a substance known to cause the side effects experienced by soldiers at Dover. Squalene was used to increase the effectiveness of vaccines [6]. A survey completed by members of one unit at DAFB who had been vaccinated showed a much higher-than-average incidence of more serious side effects (32 percent), such as severe joint pain, memory loss, and arthritis, than those experienced at other military installations.

Due to myriad problems cited by those vaccinated, and the military's continued insistence that the vaccine was safe, the United States General Accounting Office (GAO) performed its own survey of National Guard and Army Reserve members [7]. The results of the GAO survey were consistent with the survey performed at DAFB: the rate of adverse events was significantly higher than what was stated in the vaccine product insert [7].

In addition to this higher rate of adverse events, the GAO survey found that a large percentage of members were dissatisfied with or did not believe the information provided them concerning AVIP. It is probable that the morale of the guard and reserve units was more greatly impacted because their consent was not sought. The GAO survey circumstantially indicated, however, that had consent to the vaccination been required, most unit members would not have been vaccinated, thereby defeating the stated purpose of AVIP.

Due to the large number of adverse reactions, the response of the military to complaints, and medical problems leading to inability to perform duties, the judicial system eventually became involved.

It is, in general, difficult to sue any government entity, including the military. The government limits its liability through the doctrine of sovereign immunity, which prevents citizens from suing the government without its consent. One of the few paths for grievances is through the Federal Tort Claims Act, a limited exception to immunity. Court decisions have further restricted the liability of the military. A number of lawsuits have been filed, however, seeking to protect the rights of service members. Since informed consent is not required for service members when treatment is approved by the FDA, the primary argument was that the use of anthrax vaccination was experimental. This legal theory also had the effect of bypassing limitations on the ability to sue the government.

The military is constrained by law when seeking to require members to participate in experimental treatment or use of a drug "unapproved for its applied use." Notice must be provided containing certain information about the treatment [8], and consent must be obtained in accordance with the federal Food, Drug, and Cosmetic Act [9]. After more than three decades of use, the vaccine itself was not experimental. But the vaccination used by the military had been approved by the FDA for cutaneous exposure to the disease, whereas AVIP was intended to protect the troops from inhalation anthrax, and many raised the question of whether the vaccine was effective against that form and whether the military could mandate inoculation.

Six service members sued the Secretary of Defense, Secretary of Health and Human Services, and the Commissioner of the FDA under the theory that the anthrax vaccine was experimental when used to protect against inhalation anthrax. A federal court agreed and suspended the vaccinations unless informed consent was obtained or the president waived the consent requirement (which he never did).

Very quickly after that order, the FDA announced a final rule classifying the vaccine as "safe and effective 'independent of the route of exposure'" [10]. The plaintiffs again challenged the vaccination program, arguing that the FDA had failed to obtain public comments prior to approving the vaccination to protect against inhalation anthrax. Had the FDA permitted time for public comments, the plaintiffs noted, they and others would have offered additional studies and other evidence that the vaccine should not be approved for inhalation anthrax.

The federal district court again agreed with the service members-the FDA's previous practice for final rules dictated a public comment period, especially since it had been 18 years since it last solicited comments on this matter. The court enjoined involuntary inoculations:

unless and until FDA follows the correct procedures to certify AVA [anthrax vaccine absorbed] as a safe and effective drug for its intended use, defendant DoD may no longer subject military personnel to involuntary anthrax vaccinations absent informed consent or a Presidential waiver [11].

The court also applied the injunction to all members of the military, not just the six plaintiffs in the case.

The court's order in Doe v. Rumsfeld established a public record about the vaccine and its history. The vaccine that the Department of Defense was attempting to require through its AVIP was "intended solely for immunization of high-risk of exposure industrial populations such as individuals who contract imported animal hides, furs, bone meal, wool, hair and bristles" along with "laboratory investigators handling the organism" [12]. This vaccination was meant solely for a limited high-risk population, not the widespread inoculation envisioned by the AVIP.

Although the AVIP was enjoined in 2004, that court order did not mark the end of the program. In 2005, the injunction was modified at the request of the government [13]. The FDA had not yet approved the vaccine for its intended use, but a law was enacted in 2004 that permitted "Emergency Use Authorization," which allows unapproved use of a drug by the military based on a determination of a military emergency involving a heightened risk of attack with a biological agent.

Today, the AVIP is mandatory for service members serving in certain areas and voluntary (and encouraged) for others. The military's AVIP web site provides information on the vaccine as well as on the threat of biological attack. It maintains that the vaccine is "safe and effective," and links to studies and other educational resources [14].

The modification of the injunction against mandatory inoculation did not settle challenges to vaccine uses that were based upon its experimental nature and the legality of emergency use authorizations. The lawsuit of Doe v. Rumsfeld is ongoing.

Informed Consent in the Military

If a soldier refuses a mandated anthrax vaccination, he or she may be demoted, discharged, or even imprisoned for disobeying an order. In the military, there are valid arguments for providing certain treatments without consent, where either the health of the individual or of the whole is at stake. And while it is true that the armed forces are exempt from many rules that govern the conduct of private citizens, to require treatment known to have a relatively high incidence of side effects tests the limits of these arguments. Is there a point at which the risk to a person is so great that informed consent can never be waived? This question may be answered if and when Doe v. Rumsfeld is decided. 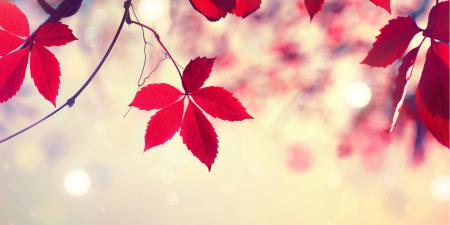 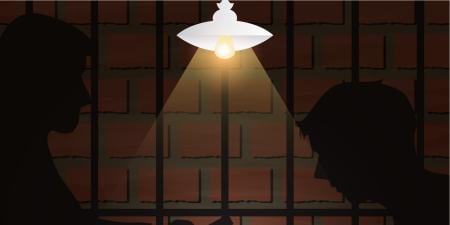