The typical American consumer is inundated with advertisements and media reports suggesting that this or that physical or mental annoyance is a diagnosable medical disorder. Beyond the tremendous amount of televised direct-to-consumer advertising—nearly $60 billion in the United States in 2004 [1]—drugs are also publicized in reports on medical research and clinical trials carried by print and broadcast media. Research findings are frequently highlighted in press releases and interpreted in interviews with pharmaceutical industry representatives who frame a given drug as a cutting-edge treatment for an ailment that, 2 years earlier, might not have been classified as a disorder. Life's occasional discomforts—sadness, twitchy legs, decreased sex drive—have recently become chronic pathologic aliments called depression, restless legs syndrome, and sexual dysfunction. While some people may indeed suffer these discomforts to a degree that interferes significantly with their lives and warrants clinical intervention, many others are being prompted to seek medical treatment unnecessarily.

Among the most widespread and controversial of these medicalized conditions are sleep disorders. Be it an inability to obtain quality sleep at night or extreme sleepiness when one is supposed to be awake, millions of Americans experience some irregularity in their sleep. Two articles in sociology journals examined the quantity and quality of sleep and sleep disorder reports in the media—TV, newspapers, magazines, and, more recently, web sites—from which most people get their health-related information. Recognizing that the boundaries between reports of medical research and popular commentary on research findings are porous and that people are more likely to absorb information from popular than from scientific sources, sociologist Kroll-Smith takes a particular interest in the language the media use to describe sleep disorders [2]. He believes that the sense of authority readers perceive from these popular media reports can have as great an effect—or greater—on their opinions about a medical or medicalized condition than information from an expert source [2].

Kroll-Smith believes further that such real and perceived rhetorical authority presents a problem when readers accept it as professional advice. In the case of sleep, he dates characterization of sleepiness as a medical disorder at around 1982, when the media picked up an article in the Journal of the American Medical Association (JAMA) stating that 51 percent of a surveyed population reported suffering from "excessive daytime sleepiness" [3]. National media outlets jumped on the story and circulated it widely. In subsequent months, several other publications—among them Psychology Today, Businessweek, U.S. News & World Report—extrapolated from the JAMA research and described excessive sleepiness as a nationwide problem with titles like "A Nation of Sleepy Heads" and "The Drowsy Crowd" [4]. These articles also started the trend of clustering groups of symptoms of excessive sleepiness into a definable disorder, problem, or syndrome. Kroll-Smith argues that the way in which these symptoms are characterized and clustered—the language of illness, as it were—is key in determining whether someone classifies a physical condition under the terms of the disorder or syndrome. Thus sleepiness moves simply from "unwelcome somatic state" to "distinct medical disorder" [5].

Kroll-Smith continues with a history of how "problem" sleepiness is reported, suggesting a rise in the number of articles on sleepiness both in publications for general readership (newspapers and newsweeklies, for example) and in those intended for specific readers (women's or men's magazines, parenting magazines, nonscientific medical interest publications) throughout the 1990s. [6] With the advent of the Internet, even more opportunities opened for individuals to diagnose themselves with a medicalized form of excessive sleepiness.

The author speculates that weightiness or severity in a story increases its rhetorical authority. For example, a newspaper article claiming that highway deaths are caused by problem sleepiness is more persuasive than one suggesting that problem sleepiness causes 10 minutes of lost productivity a day. Further rhetorical authority accrues when the cluster of symptoms is classified as a clearly titled, medically diagnosable disorder—such as excessive daytime sleepiness, or EDS [7]. Classifying disorders in an easily communicated way (i.e., via acronym) gives patients the power to (a) claim illness by name and (b) ask for medicine to treat it, generally a prescription drug.

Our friends in Great Britain are no less immune to sleepiness or its classification as a diagnosable and treatable medical condition. And they are equally inundated with media reports telling them they are problem sleepers. Seale and colleagues use the rhetorical basis established by Kroll-Smith to examine how sleep disorders have been presented by the British press [8]. Much like Kroll-Smith, Seale et al. believe that the press has played a major role in the medicalization of unwanted physical or mental states, along with what they refer to as "healthicisation," the notion that people perceive the maintenance or restoration of health as a responsibility of good citizenship.

But Seale et al. go further, believing that media reporting "personalizes" messages to specific reader segments, better enabling them to understand the problem, determine whether it applies to them, and, if it does, craft a strategy for coping with or managing the problem. For example, the authors say that women, as a group, have always had to cope with sleep disorders due to the multiplicity of their social roles [9].

Seale et al. believe that tailoring descriptions of health-related conditions to a particular reader segment through careful crafting of news headlines and their accompanying stories is endemic in British newspapers. They examined 1,051 articles from five London-published newspapers over a 21-year period, all of which included the word "sleep" (or a variant) in the headline or first paragraph. Two newspapers (the Times and the Guardian) were considered serious press and three papers (the Sun, the Mirror, and the Mail, which has a considerably larger female readership than the other papers) represented the tabloid press [10]. Using a comparative keyword analysis, the authors determined patterns in language that suggest the personalization of readership: serious papers had headlines and articles that used "elaborated language of argumentation and evidence, with more complex sentence structures," whereas tabloids used "frequent personal pronouns," slang, informal language and grammar, and frequently included references to "sex, football (soccer), TV, and celebrity" [11].

The study's findings indicate that, in newspapers that personalize, there are clear differences in the content as well as in grammar and style. Articles in serious papers frequently discussed the science of sleep or the medical research related to sleep and sleep disorders, including pharmacotherapy that might help the afflicted enjoy better sleep. These articles also indicated that sleep disorders could decrease one's productivity or interrupt work or home responsibilities [12]. Tabloid articles, on the other hand, tended to skirt scientific discussions, choosing instead sales pitches for nonpharmaceutical products that might help improve sleep. These articles also included more anecdotal musings about why one might experience increased sleepiness and fewer discussions about how improving sleep management might increase productivity in daily life. Tabloids also printed many more stories that revolved around a misfortune—often injury or death—that befell someone or loved ones who were experiencing sleep-related problems [12]. The authors' examination of the Mail alone, with its considerable female readership, revealed that articles frequently related sleep, its importance, and the problems associated with sleep disturbance to ideas of families, parenting, caregiving, consumer products tailored for women, and beauty or body-image tips [13].

While they do not offer concrete measures for avoiding these rhetorical constructions in popular media, Seale and colleagues do suggest that we, as readers, not be so naive as to think that what we are reading is not pure reporting and instead recognize that it is carefully crafted to reflect our own personal views and values. 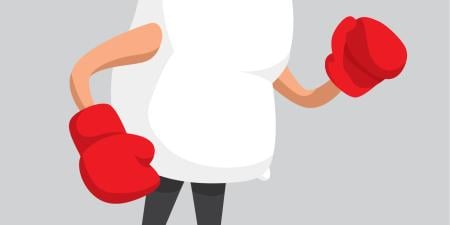 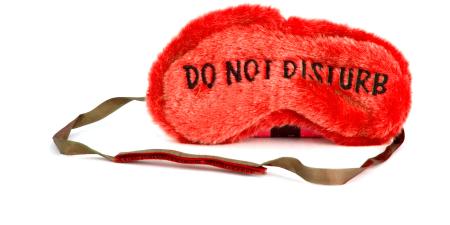 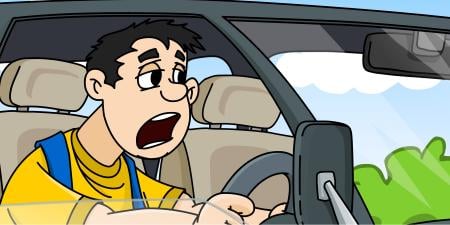 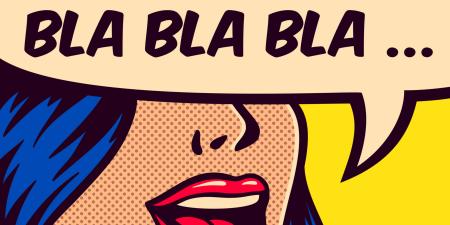