Throughout the world, including the United States, one-half of all pregnancies are unplanned, leading to unsafe abortions and the unnecessary deaths of thousands of healthy young women [1, 2]. While reversible contraceptive options for women have proliferated to include pills, patches, injections, intrauterine devices, and permanent sterilization [3], no new reversible contraceptive options have arisen for men since the development of condoms over 400 years ago. Despite expressions of interest in a reversible hormonal contraceptive for men by men and women of multiple races, religions, and ethnicities [4, 5], there is still no commercially available option. This article will review the theory, the current agents in development, and the potential risks and benefits of a reversible male hormonal contraceptive.

Sperm concentrations in healthy men exceed 14 million per ml of ejaculate produced [10]. Complete absence of sperm in the ejaculate, called “azoospermia,” makes fertilization of ova impossible. Therefore the goal of a male hormonal contraceptive is to induce azoospermia in those men undergoing treatment. However, a sperm concentration of less than1 million per ml of ejaculate, called “severe oligozoospermia,” has been associated with a risk of pregnancy of approximately 1 percent per year [11]. A goal of severe oligozoospermia has been defined as a reasonable goal for contraceptive development and regulatory approval, inasmuch as this would confer an efficacy similar to that of hormonal contraceptives for women [12, 13].

While sperm concentration goals define “success” in most studies evaluating contraceptive regimens, “efficacy” is defined by pregnancy rates. The majority of studies evaluating contraceptive efficacy have used protocols containing only testosterone. The World Health Organization (WHO) conducted the first contraceptive efficacy trial using testosterone enanthate, 200 mg administered intramuscularly weekly. While sperm concentrations declined below 1 million per ml in 98 percent of subjects, 11 pregnancies occurred, accounting for an overall efficacy rate of only 94.7 percent [11]. More recent studies using testosterone undecanoate (TU), a long-acting testosterone formulation 500 mg of which is given intramuscularly each month, showed similarly high rates of spermatogenesis suppression; 95-97 percent of subjects achieved less than1 million sperm per ml, and the efficacy rates were 94.2-96.7 percent [14, 15]. In addition, contraceptive options using testosterone alone have shown wide variation based on ethnicity when looking at suppression of spermatogenesis [16].

Addition of a progestin agent to testosterone-containing regimens has been shown to increase rates of suppression of spermatogenesis among all ethnic groups [8]. Several long-acting progestin agents have been used in combination with TU with very promising results. Etonogestrel, initially designed as a long-acting implantable contraceptive for women, shows a 94 percent rate of suppression of spermatogenesis to less than 1 million per ml when used with TU in an international randomized controlled trial [17]. Similarly, norethistrone enanthate, a long-acting injectable progestin, showed great promise when combined with TU in a small trial of 40 men [18]. The WHO sponsored a large international contraceptive trial enrolling 400 couples to further explore this combined regimen for hormonal contraceptive efficacy in men. The WHO recently stopped this trial early due to concern that the risk of side effects from the regimen may outweigh the potential contraceptive benefits to the study participants [19].

Transdermal testosterone gels provide more consistent, stable serum testosterone concentrations than some injectable forms of testosterone [20]. While only 90 percent effective at suppressing sperm concentrations to less than 1 million per ml when used in combination with injectable medroxyprogesterone acetate [21], a gel formulation appears to be quite acceptable to men and may provide a reasonable contraceptive option in the future [22]. Testosterone gel has also been used in combination with nestorone gel, a progesterone derivative, to create a completely topical form of male hormonal contraception. Shown to be highly effective at gonadotropin suppression [23], the combination of testosterone gel and nestorone gel are currently being tested in a 6-month randomized, multicenter contraceptive study looking at suppression of spermatogenesis as the primary outcome.

Testosterone-based male hormonal contraceptive regimens have not yet achieved a consistent enough level of efficacy in all subjects to allow drug development to progress to widespread use. In addition, the majority of likely testosterone-based regimens require the addition of a progestin agent to improve rates of suppression of spermatogenesis. In an attempt to circumvent the need for a multidrug contraceptive regimen, alternative synthetic androgens have been developed for possible use as contraceptive options.

Dimethandrolone undecanoate (DMAU) is a potent synthetic androgen with activity at both the androgen and progesterone receptors, and can be administered both orally and by injection [24]. While studies in humans have not yet been done, early studies of DMAU in rabbits have been promising. A 60-day study showed suppression of gonadotropins and severe oligozoospermia in all rabbits receiving 2.5 mg per kg per day [25]. In addition, mating trials showed that all oligozoospermic rabbits receiving DMAU were rendered infertile, and all recovered to normal levels of spermatogenesis within 18 weeks of stopping DMAU. Studies testing this promising compound in humans are in the planning stages and will, it is hoped, begin soon.

Another synthetic androgen, 7-alpha-methyl-19-nortestosterone (MENT), is significantly more potent than testosterone and can be administered annually as a subdermal implant [26]. MENT is resistant to 5-alpha-reduction, both contributing to its high potency at the androgen receptor and also helping to prevent possible risk to prostate health by avoiding increased exposure to dihydrotestosterone (DHT) [27]. Initially studied for 4 weeks to assess safety in healthy, eugonadal men [28], and for 6 weeks as treatment for hypogonadal men [29], a small dose-finding study looking at MENT as a single-agent contraceptive for men was extremely promising. Eighty-two percent of men in the highest dose group achieved azoospermia during the study, and 100 percent of men in this group became oligozoospermic (defined as less than 3 million per ml) during the study [26]. Given these promising results, a larger randomized controlled trial looking at MENT for male hormonal contraception should begin in 2012.

Evaluating the risks of a male hormonal contraceptive regimen can often be challenging, both because of the limited duration of studies and the lack of a control group in most studies. In addition, the range of common side effects varies dramatically and may be reflective of the progestin agent used. In the largest male hormonal contraceptive study, using testosterone undecanoate injections monthly for 30 months in more than 1,000 men, 7 percent reported an increase in acne and less than 1 percent reported mood changes or skin irritation [15]. Alternatively, in a trial comparing a testosterone-and-etonogestrel contraception regimen to placebo, rates in the treatment group were significantly higher than in the placebo group for acne (26 percent versus 10 percent), increase in body weight (24 percent versus 10 percent), change in libido (13 percent versus 0), and night sweats (27 percent versus 8 percent), but rates of mood changes (19 percent versus 10 percent) were similar in both groups [17]. Testis volume is known to decrease by about 4-5 ml when testosterone is used for contraception due to the effect of gonadotropin suppression on seminiferous tubule volume and Leydig cell volume [15]. Given that all men on contraceptive regimens recover their sperm output after discontinuing the contraceptive regimen (the exact timing depends on the drug and the individual), the testis volume is also expected to return to baseline [8]. Erythrocytosis, also a known side effect of testosterone therapy in hypogonadal men, appears to be dose-related and to affect men differently based on age, and it has not been a frequent adverse event reported in contraceptive trials [34].

The potential impact of male hormonal contraceptive regimens on metabolism and cardiovascular risk are of concern when considering long-term treatment of otherwise healthy men. The overall impact of testosterone on lipids when used for hypogonadism therapy appears to be a small decrease in high-density lipoprotein [35], but the clinical significance of this alteration is unclear. Conflicting data reports both higher rates of cardiovascular mortality in men with low serum testosterone [36], and significantly higher rates of cardiovascular events in men treated with testosterone therapy [37]. The implications of this information gathered in a population of men that is not likely to use long-term contraceptive therapy are difficult to apply to young, eugonadal men and highlight the need for additional studies of the cardiovascular implications of contraceptive therapy.

Similarly, the potential risk of contraceptive therapy to prostate growth and prostate cancer remains undefined. A large meta-analysis of testosterone therapy for up to 3 years showed no increase in adverse prostate outcomes [35], yet the potential impact of a contraceptive regimen on prostate health over a longer period of time has not been studied.

The development of a reversible male hormonal contraceptive would offer a monumental improvement in reproductive choices for both men and women. While many options have been tested, no pharmaceutical company has applied to the Food and Drug Administration for permission to bring any of those regimens to market. The development of new, synthetic androgens offering the potential for a single-agent contraceptive regimen are promising, but further research including larger phase III trials and more exploration of potential long-term risks needs to be pursued.

FDA Device Oversight From 1906 to the Present

Is the FDA Failing Women?

How Can the Experiences of Black Women Living With HIV Inform Equitable and Respectful Reproductive Health Care Delivery? 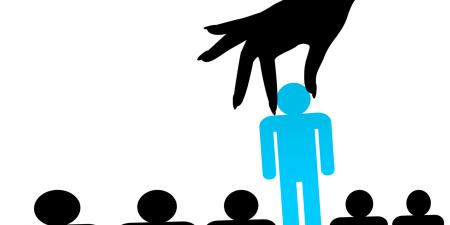