Dr. Ziad, a New York City physician, received a memo from her employer stating that, in accordance with a new hospital policy, she was required to receive both the seasonal influenza and novel H1N1 influenza vaccines. “Failure to comply by the specified deadline may result in disciplinary action,” the memo said, “which could include termination of employment.”

Dr. Ziad was concerned. She had, at times in the past, received the seasonal influenza vaccination, but had not planned to receive the H1N1 vaccine this season. It was her opinion that the H1N1 vaccine had been hastily prepared without appropriate clinical testing. Moreover, it seemed to her that the policy had a certain lack of regard for autonomy that she found very worrisome. She spoke to her departmental chairman to clarify the mandate and to express concern over the ethics and legality of such a policy. Dr. Ziad was informed that the policy stemmed from a September 2009 New York State mandate that all practicing physicians be vaccinated against both seasonal and H1N1 influenza [1]. He explained that the only exemption in this regulation was for cases of true medical contraindication. He emphasized that her failure to comply could result in termination of her hospital privileges or employment.

Dr. Ziad left the meeting dissatisfied and still unconvinced of the ethics of such a mandate. Did her ethical duties as a health care professional override her individual rights to determine her own health care?

The concept of mandatory vaccination is a controversial topic in recent years. Annual influenza vaccination was first recommended for health care workers (HCWs) by the Advisory Committee on Immunization Practices in 1984 [2]. International guidelines recommend annual vaccination for all HCWs with patient contact, but worldwide rates of influenza immunization among HCWs remain low. In 2006, only 40 percent of U.S. HCWs were vaccinated against influenza [3]. It is generally accepted that vaccinating HCWs against influenza reduces nosocomial transmission and decreases staff illness and absenteeism [4]. The U.S. Department of Health and Human Services claims that HCW vaccination is the cornerstone of flu prevention [5]. Despite such assertions, the concept of mandatory HCW influenza vaccination remains under debate. This paper seeks to briefly address whether HCWs are ethically obligated to accept influenza vaccination.

A discussion of the legality of mandated vaccination is outside the scope of this brief discussion, but several principles of medical ethics can help in assessing whether such a mandate is ethical. At the start, the principles of beneficence and nonmaleficence can easily be applied to the mandatory vaccine scenario. Nonmaleficence, or the duty to “do no harm,” may be interpreted to mean that HCWs are duty-bound not to place patients at undue risk [4]. Applied to influenza vaccination, this principle suggests that patients have the right to expect that their hospital will take every reasonable precaution to protect them from developing nosocomial illness [6]. For this reason, one may argue that HCWs are ethically bound to accept influenza vaccination [4].

Beneficence requires HCWs to do more than simply avoid harming patients; it requires them to act in their patients’ best interest. Understood broadly, this includes both the provision of beneficial medical interventions and a duty to take reasonable steps to ensure good outcomes for their patients. According to this definition, beneficence can be construed to demand that HCWs receive influenza vaccination annually because doing so would offer them greater immunity and increase their capacity to provide care during influenza outbreaks [4].

On the basis of these medical ethics principles, HCWs would seem to have a duty to accept influenza vaccination. As with any ethical dilemma, however, there are opposing views. Opponents of mandatory HCW influenza vaccination cite many reasons for their stance. Commonly reported reasons include religious objection, philosophical or intellectual objection, medical contraindication, rare but potentially serious medical risks (e.g., Guillain-Barre Syndrome), time constraints, and perceived low risk of infection [4, 7].

The most compelling argument is grounded in a third principle of medical ethics: respect for individual rights and autonomy. It is generally accepted that competent adults have the right to make their own health care decisions, including the right to accept or decline medical intervention. Compulsion is reserved for situations in which people are considered incapable of doing so (e.g., minors, comatose patients, incompetent individuals) or in which there is an imminent and serious danger to others (e.g., an individual has a virulent, contagious disease like tuberculosis or small pox). Neither of these conditions for compelling treatment is met in the case of influenza vaccination. HCWs have decision-making competency, and, absent an established infection, it is difficult to make the case that an individual HCW poses an imminent threat to the safety of others. The case for compelling vaccination is particularly hard to make given that overall vaccination rates among the public do not approach levels necessary to achieve herd immunity [8, 9].

We should also look at a World Health Organization (WHO) report on ethical public health responses to influenza pandemic, which proposes some principles that might restrain mandated vaccination [10]. Individual human rights and civil liberties may have to be limited in emergency situations in the public interest, the report says, but “measures that limit individual rights and civil liberties must be necessary, reasonable, proportional, equitable, non-discriminatory, and in full compliance with national and international laws” [10].

The principles of “necessity” and “reasonableness” are difficult to satisfy in the case of mandated vaccination. As highlighted by a Cochrane analysis, the evidence on whether HCW influenza vaccination benefits patients has been surprisingly inconclusive [8, 11]. Even if such programs were able to achieve 100 percent vaccination rates amongst HCWs, it is unclear how this would impact patient outcomes or community influenza rates. Health care settings are not the primary context for influenza transmission, and, without significant vaccination rates among the general population, it is unlikely that mandatory vaccination of HCWs would significantly alter influenza rates in the general population. Moreover, the goal of influenza vaccination has never been to induce herd immunity and thus community protection, but rather it has been to protect individual at-risk persons [9].

Mandatory vaccination is a controversial strategy that pits HCWs’ autonomy against their professional duty to promote patient safety [2]. Employer or governmental mandates that lack an opt-out policy may be seen as coercive and invasive, especially if linked to sanctions including employment loss [4]. And the need for coercive action is not supported by epidemiologic evidence. Mandated vaccination may damage workplace relationships and alienate employees. Moreover, there must be recourse of some sort for those HCWs who would suffer harm from mandated vaccination (e.g., those with Guillain-Barre syndrome, allergic reactions).

Thus, noncompulsory programs seem preferable to compulsory programs. Purely voluntary programs, however, have traditionally yielded modest results [2, 12, 13]. A noncompulsory but opt-out program (rather than the traditional opt-in) may be more successful in increasing participation while meeting the health care system’s duties of nonmaleficence and beneficence and, at the same time, respecting individual autonomy. An analogous change in approach has succeeded in boosting organ donation rates in some European countries [14]. In addition to the change to an opt-out system, incentive programs could be implemented to improve clinician participation.

There is a legal precedent for mandating vaccination in public health crises with high morbidity and mortality rates. In Jacobson v. Massachusetts(1905) during a smallpox epidemic in Cambridge, Massachusetts [15], the court ruled that the police power of state included reasonable regulations established by legislature to protect public health and safety, specifying that the state could require vaccination if the Board of Health deemed it necessary for public health or safety [15]. This case has subsequently been upheld on numerous occasions.

From an ethics standpoint, comparing issues arising from a largely untreatable and almost universally deadly early 20th-century smallpox epidemic to a 21st-century influenza epidemic is akin to comparing apples to oranges. (Such comparisons may be more apropos if an effective HIV vaccination were to become available, a hoped-for possibility that, in our opinion, should be discussed in anticipation of its occurrence.)

Influenza vaccine mandates should be evaluated on their own merits. Analysis based on the primary principles of beneficence and nonmaleficence suggests that HCWs have a duty to accept influenza vaccination provided that medical contraindication or religious obligation do not preclude such action. Respect for the rights of individuals—including health care workers—to exercise autonomy in health care decisions argues for allowing HCWs to refuse vaccination. The WHO tests of necessity and reasonableness support the latter conclusion. Do professional obligations to protect patients from harm and act in their best interest outweigh HCWs’ right to refuse treatment? Because that judgment is so individual and difficult to make, opt-out vaccination programs seem preferable to mandated vaccination. 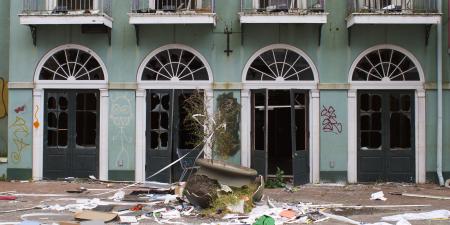