Ask a group of people who do not work in health care about the qualities of a good nurse, and you’ll be likely to hear words like “caring,” “compassionate,” and “nurturing.” Patients frequently mention these as qualities they hope their nurses will have. They expect competence from nurses, but they hope for more; they hope for genuine caring and compassion during their most vulnerable times. Patients also want caring and compassion from their physicians, but are more tolerant of a physician’s dispassionate attitude if they believe the physician is an expert in his or her field. There is not so much tolerance for a dispassionate nurse. The public wants to be “nursed back to health,” and there is a reason the expression is not “doctored back to health.” Two trends in medicine—the growing number of women physicians and the increasing importance of the medical team model—are altering patients’ expectations of their doctors and nurses and doctors’ and nurses’ expectations of each other.

The Public’s View of Nurses

Since being included in Gallup’s Honesty and Ethics of Professions survey back in 1999, nurses have been rated the most trusted professionals every year but one, 2001, when firefighters were added to the survey on a one-time basis after the September 11th attacks. Nurses topped pharmacists, teachers, police officers, clergy, and medical doctors in the survey. In 2008, 84 percent of Americans surveyed rated nurses as very high or high for honesty and ethics, with pharmacists ranking a distant second at 70 percent, high school teachers ranking third with 65 percent, and medical doctors ranking fourth with 64 percent [1].

This trust in nurses is based on the belief they will act in nonmaleficent and beneficent ways, behave with kindness and care, and advocate for the best interests of the patient. People believe nurses will honor the wants, needs, and desires of patients and families as much as humanly possible, even when those wishes differ from the choices the nurses might make for themselves or family members.

Patient advocacy appears to be embedded in the DNA of good nurses, rooted in their ability to listen actively, observe keenly, analyze and process various types of information, and communicate skillfully. We expect nurses to practice with evidence-based knowledge, proficiency, skill, and integrity.

Ask a group of physicians what makes a good nurse, and the answer might be quite different. In a variety of studies on the relationships between nurses and physicians, some physicians described a good nurse as one who carries out the physician’s orders without question or challenge, informs the physician of important and nontrivial information about patients in a timely way, treats the physician with respect, solves problems, provides the supplies and equipment needed by the physician, cleans up after the physician, and is cooperative and competent [2-7].

If we ask a female physician the same question, she is likely to add that good nurses treat her the way they treat her male colleagues, don’t challenge her authority or expect her to be friends just because both are women, offer help without her having to act as though she’s trying not to bother them, and call her “doctor” rather than using her first name [2, 4-6].

Today, 28 percent (or 266,972) of the 941,304 physicians in the United States are women [8]. In 2008, nearly half of U.S. medical school graduates were women [9]. Many studies have investigated what happens when women physicians and women nurses relate to each other [3-5]. Gjerberg and Kjolsrod described the perceptions of both male and female physicians, concluding that relationships with nurses are influenced by the physician’s gender [3]. Zelek and Phillips studied female nurses’ attitudes toward male and female physicians and found that the differences they reported were based as much on gender as on professional hierarchy [4]. Wear and Keck-McNulty looked at attitudes of female nurses and female residents toward each other by documenting the qualitative statements each group made about the other. The results reflected conflicted relationships characterized by both appreciation and deprecation [5].

The female physicians, who saw themselves not belonging to the male physician network or the nursing group, felt like a third group that was somewhat disenfranchised. In the qualitative data collection, these physicians commented that the nurses challenged them by asking such questions as, “Do you really mean that?” which they interpreted as a lack of trust in their judgment, adding that nurses did not challenge male physicians in this way. They sensed that, because they were women, they were viewed and treated differently than their male colleagues were. A final measure of disrespect, the women physicians said, was that the nurses called them by their first names, which they did not do to the physicians who were men.

For decades, women nurses have been oppressed by a hierarchical structure and a power imbalance with male physicians. If you think the word “oppressed” is too strong or reactionary, consider the following. Well into the 1960s, nurses had to rise from their seats when a physician entered the nurses’ station as a show of respect as well as to offer the chair to the physician; physicians have, without censure, pushed and shoved nurses and, at times, even thrown objects at them (this still occurs infrequently and is now severely disciplined); physicians yelled at nurses, called them names, and made disparaging remarks (this still happens but is now reviewed and documented); and physicians traditionally called nurses by their first names while nurses addressed physicians by the formal title Doctor followed by their last names (a convention still observed in every type of health care setting). For a long time, these behaviors were related to the roles of superordinate and subordinate; the physicians gave orders and the nurses carried out the orders, a view that fit with the stereotypic power imbalance in our society between men and women.

The studies I’ve cited seem to suggest that, as greater numbers of women become physicians, women nurses begin to relate to them as women first and as doctors second. Possibly the nurses think the women physicians have struggled with some of the same gender and role challenges they have faced and that physicians of their sex will relate to them on that basis, understanding what it is like to be regarded as less important because of one’s gender. Women nurses may also feel more comfortable asking questions, challenging orders if necessary, and calling female physicians by their first name. Many women think that other women “get it,” whereas men don’t; women can understand, relate, and share more easily.

Some authors describe this shift as a convergence of the medical and nursing professions and view it as an increase in status for women in medicine and in society in general and a diminished status for physicians—the power and rights they formerly enjoyed have been challenged by the concept of egalitarianism.

Health care is increasingly emphasizing clinical quality, desired outcomes, and patient safety. Since the Institute of Medicine’s classic call for action to foster safer medicine, much has been written about factors that contribute to improved clinical outcomes, especially in surgical areas [10–15]. Teamwork and communication are considered cornerstones in a safe foundation for health care, and safety concepts and practices from the aviation industry—a leader in systems analysis of error—have been integrated into medical training to improve how team members relate to each other.

A key concept from aviation safety is that each member of the team has a critical role in the quality and safety of the project outcome. This egalitarian approach creates an environment in which any member can ask questions, offer information, be listened to and respected, and be addressed by first name (when not in front of the patient and or family). A nurse who feels free to call a physician by his or her first name is more likely to communicate safety concerns, to the ultimate benefit of the patient and the entire caregiving team.

Schmalenberg et al. describe a model of collegial and collaborative nurse-physician relationships as a method of improving patient outcomes [16]. Collaboration is interdependence that requires complementarity of roles [17]. The notion that physician and nurse roles complement each other is essential to the process of patient care. Collaboration is built upon trust, respect, communication, and teamwork, with each member valuing what the other brings to the table. Collegial relationships take collaboration a step further by acknowledging the equality of collegial group members. Whether called peers, colleagues, or equals, physicians and nurses in a collaborative and collegial team view themselves and each other as professionals who have and do different and important jobs to achieve the best outcomes for the patients.

The changing landscape in health care, with more women entering medicine and women nurses feeling more free and comfortable about asking them questions or challenging their decisions, is a good thing. It has been suggested that increasing numbers of women in medicine—the so-called feminization of medicine—may improve health care outcomes for patients [18]. Evidence has revealed that women physicians in primary care spend more time in patient-centered conversation with patients than do their male colleagues [19]. Female primary care physicians have also demonstrated higher levels of emotionally focused talk, positive talk, psychosocial question asking, and psychosocial counseling than their male colleagues, all of which contribute to active partnering between clinician and patient. To the degree that evidence from these studies can be generalized, the feminization of medicine can be said to be promoting strategies that will improve patient outcomes.

We are in a phase change, where excellence in patient care quality and outcomes are dependent on diverse individuals in a variety of roles, as well as multidisciplinary teams whose members function as collaborative and collegial partners. Physicians and nurses can capitalize on the changing gender landscape through an appreciation and trust of each other’s strengths, abilities, and qualities. It’s time to integrate a deeper understanding of these factors into a shared curriculum for nursing and medical students.

Ethics Talk: Beyond the Drape in Surgeon-Anesthesiologist Relationships

Who Should Manage a Patient’s Airway? 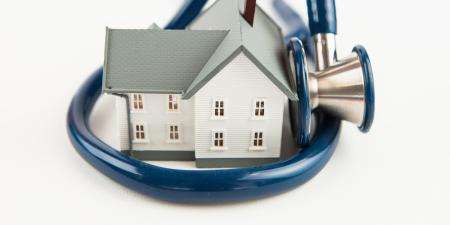 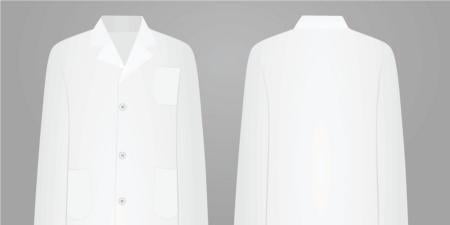 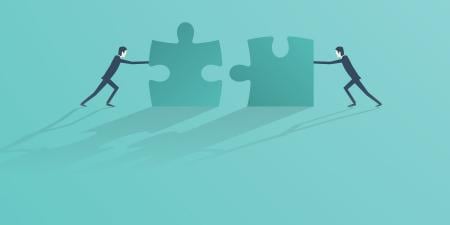 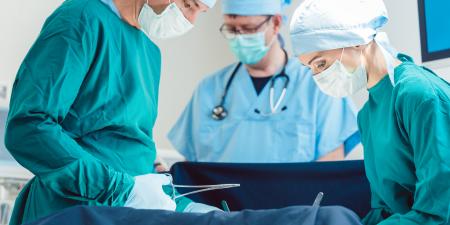