For all who struggle to protect basic rights of humanity, recent accounts of detainee abuse at the Abu Ghraib prison in Iraq1-4 and the humanitarian crisis in Darfur, Sudan5-7 remind us that that we have a long way to go before the aspirations of "human rights" declarations,8,9 conventions,10,11 and treaties12,13 are fully realized. As physicians, we have a special responsibility to be defenders of human rights, one that is grounded in our heritage of caring for the sick and suffering. We are bound by a principle of medical neutrality which requires us to treat the wounded and injured whether they are friend or enemy. Because of our social status, when we speak, people listen, and thus we must speak up for people who have no voice and hold accountable those who commit human rights abuses.

Abuse of human rights is a worldwide problem, and it demands the attention of physicians everywhere. As a founding member of the World Medical Association (WMA), the AMA is committed to realizing the mission of the WMA—to uphold the highest possible standards of ethical behavior and care by all physicians, at all times. Last October, the WMA voted to designate every September 18, the date of its first General Assembly Meeting in 1947, as Medical Ethics Day. On this day, the WMA has called upon all national medical associations to promote the centrality of ethics in medicine. Hence, we have dedicated the September issue of Virtual Mentor to the topic of health care and human rights.

The interrelationship of health care and human rights is far too large a topic for one issue of any journal. Indeed, physician-humanitarian Paul Farmer devotes his latest book, Pathologies of Power, to defending the thesis that the denial of human rights harms the health of millions, perhaps billions, of people around the world. This issue of Virtual Mentor offers what we hope is meaningful sample of the unmanageably huge and important topic. VM's approach to human rights is to start, as we do with all theme topics, by asking how the practicing physician confronts human rights issues in daily clinical situations. Four physicians have commented on 3 clinical situations that involve patients' rights: a young woman requests the "morning after" pill from a physician who is ethically opposed to the use of abortifacients; a physician offers care to a street vendor near his office and then finds himself overwhelmed with patients who cannot pay, once the word of his charity care gets out; and a woman visitor to the US asks for a physician's help in seeking asylum here to escape her husband's abuse.

VM's second tactic is to step back a bit from the clinical encounter and ask the larger questions: how does the interaction of health care and human rights find its way into health policy; into the legal and justice systems? How does it affect the contract medicine has with society? How do medical educators present the topic to students? What aspects of this theme are making news and what is the public reaction? For these broader—social, educational, policy and law—perspectives, VM examines allegations of physician participation in war time human rights abuses, physician responsibility to prisoners with mental health problems, physician-scientist engagement in research that might be put to harmful as well as beneficial ends, extending reproductive choices for women, integrating human rights teaching into the medical school curriculum, the stories of physicians who have put themselves at risk by defending the human rights of others, and—the seemingly unanswerable, decades-old question in the US—is health care a right?

The learning objectives for this issue on medicine and human rights are:

1. Understand the physician's role as an advocate for human rights, especially for vulnerable populations.
2. Identify ways in which physicians can participate in providing health care for those who cannot afford to pay for it.
3. Understand health professionals' roles in helping refugees gain asylum.
4. Recognize how health professionals may be involved in the documentation and adjudication of cases of human rights abuses.
5. Recognize that physicians have been used as agents of the state in abusing human rights.
6. Understand the rights-based approach to promoting reproductive rights for women.
7. Learn the guidelines for conduct of physician-investigators engaged in "dual-use" research. 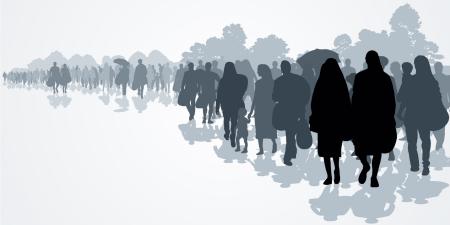