All clinicians have the right to work in environments free of discrimination. Trends such as shared decision making and tying reimbursement to patient satisfaction metrics prompt us to ask how we should respond to patient preferences that express unjust bias or prejudice. This article presents one orthopedic surgery resident physician’s experience of bias incidents, suggests strategies for addressing patient discrimination, and offers patient care recommendations.

Understanding the Impact of Discrimination on Medical Trainees

In 1903, W. E. B. Dubois coined the term “behind the veil” in reference to the lived experience of black Americans existing in the shadows of society.1 Since he wrote these words, steadfast legislative progress and activism have led to people of color in the United States achieving success that would have been unimaginable to Dubois. The pervasive legacy of racism and slavery in the United States continues, however; minorities in the United States not only face discrimination in interpersonal encounters but also endure the effects of systemic structural racism. The impact of racism and disparities in health care on patients of color is well documented in the medical literature.2–4 However, the effects of patient bias on clinicians has only recently begun to be explored in earnest. One study found that patients accounted for 40% of incidents involving resident physician mistreatment, including discrimination and bias.5 How physicians and surgeons of color in training encounter discrimination and should respond to prejudiced or racially biased patient preferences is not well understood.5 This article presents one orthopedic resident surgeon’s encounters with racially biased patient preferences and suggests potential strategies for addressing such preferences.

Dilemmas in Caring for Patients Who Express Racism or Prejudice

Case 1. As a second-year resident, I visited a patient, an older white woman, the day after her total knee replacement. When I entered the patient’s room, she immediately expressed skepticism of my role as a physician. Her body language was guarded, and, after I introduced myself as her physician, she suspiciously asked whether I had gone to medical school in the United States. She refused to undergo a physical exam or answer any questions pertaining to her surgery until I named the medical school from which I had graduated and provided proof. Even after I showed her my identification and credentials, she still wasn’t satisfied; I had to show her a clip of me giving the graduation commencement speech at Mount Sinai before she apologized and allowed me to continue the exam. I continued to round on her daily without further issue and never reported the incident. The experience was distressing, but it wasn’t the first time I’d experienced a patient’s bias against me as a health care professional.

Case 2. While on a trauma service during my intern year, I was subject to a more overt display of racism. One of our patients was a middle-aged Latino man who had been stabbed during an altercation with a black man. After we stabilized him, he acquired a systemic bloodborne infection and was being monitored on the floor. He had antagonized several staff members using expletives and was intermittently refusing treatment. After a particularly harsh exchange, his nurse, a black woman, paged me requesting I draw blood for cultures. The nurse had been unable to convince him to cooperate, and the patient, after becoming agitated and increasingly rude, asked for a physician to draw the blood instead. Upon entering the room and explaining I had arrived to take a sample of blood, he became agitated, shouted racial slurs at me, and demanded another physician. “Get me a white doctor,” he exclaimed. I was taken aback, but I managed to maintain a calm demeanor. I explained that in order to take the best possible care of him, we needed to establish mutual understanding and respect. When he continued to refuse further care, I left the patient’s room and returned to the surgical team’s workspace. I spoke to my chief resident at the time about what to do next.

The hospital didn’t have a policy in place to move forward with this patient’s care in light of his demands for a physician of a particular race. He needed close medical attention, and we wondered if, by accommodating his wishes to be seen by a white physician, we were tacitly endorsing his racially problematic speech and behavior. As a team, we ultimately decided we would respect the patient’s request by assigning another resident physician to care for him. We also chose to tell the patient explicitly that his prejudiced and disrespectful behavior would not be tolerated. I felt uneasy that our team’s resources were being diverted to accommodate a racist patient’s request, but I also knew that the alternative of limiting physician contact with him would put his well-being at risk and that further interaction with him would be uncomfortable for me. The patient ultimately left the hospital against medical advice.

Other bias incidents and their implications. These 2 interactions are not isolated. I have heard colleagues relay similarly appalling experiences. When I was a medical student, a black senior resident physician told me about the time she took care of an elderly Latino man on an inpatient service who referred to her as “my pretty slave” every day on rounds. Conversely, one of my white colleagues expressed his unease when a patient told him how nice it was to “finally have a white male doctor.” It isn’t clear in these situations where to turn for guidance, and resident physicians can be wary about drawing attention to such encounters because of the hierarchical nature of medical training culture.

There is an expectation in medicine that good physicians exude resilience, take care of the patient first, and tolerate personal inconvenience for the sake of advancing clinical care; to do so is widely regarded as part of a clinician’s professional duty to express clinical neutrality. For physicians of color, however, this expectation can translate into being forced to bear personal humiliation in the face of racial prejudice. Most resident physicians routinely choose to sacrifice their own well-being through sleep deprivation, spending long hours in the operating room, and compartmentalizing emotions during patient encounters to provide that person with the best possible care. The tacit expectation that resident physicians unquestioningly sacrifice their dignity by tolerating discriminatory behavior from their patients in the name of clinical neutrality is unreasonable and ethically inappropriate.

Respecting the autonomy of a patient who expresses bias or prejudice is challenging, and policy and law do not provide clear directives on how clinicians should respond. The American Medical Association Code of Medical Ethics supports the principle of respect for patient autonomy6,7; it follows that patients should be able to select their clinician, just as physicians are not obligated to accept all prospective patients.8 Some patients might feel comfortable with a female physician for personal or religious reasons. Other patients might prefer a physician who speaks the same language.9 An analysis published in the UCLA Law Review concluded that no existing civil rights legislation bars accommodating a patient’s preference for a physician of a particular race or ethnicity.10 The author of the article argued that this practice is supported by patients’ rights to self-determination and informed consent.10 When a patient expresses a desire for concordance founded in racial prejudice, however, it is not readily apparent whether and to what extent a clinician’s duty to treat and to respect a patient’s autonomy should outweigh a clinician’s right to protection from workplace discrimination. For clinicians of color who are trainees, the challenge of how to respond to unjust requests is compounded by their position of vulnerability in the medical hierarchy, the psychological toll of experiencing discrimination, and a lack of organizational resources devoted to their protection. The approach to resolving conflicts that arise from biased patient preferences and to being prepared for racial biases in patient encounters must be implemented at the institutional level with support for resident physicians.

When patients express bias or prejudice—which extends beyond overt refusals to accept care from a physician of color to implicit racism manifested in subtler microaggressions—an organization’s obligation to create an environment for employees free from discrimination and harassment can be at odds with the goal of providing clinical care to patients. Paul-Emile et al’s succinct and well-developed framework for dealing with racist patients prioritizes the urgency of a patient’s condition.11 An unstable patient must be treated by a readily available physician. In other words, honoring patient preferences—including those expressing bias or prejudice—should not be priorities during emergencies; a duty to treat takes precedence even over forging a therapeutic alliance with a patient, biased or not. Physicians should firmly respond to such requests by stating that patient preferences cannot be accommodated in an emergency and that the patient’s safety and health take priority.

Once a patient is stabilized, how a physician or care team responds to such preferences should take into account the patient’s motives for making a request. Patients should be informed in a candid and respectful manner that requests motivated by bigotry are unacceptable. This goal can be accomplished by using de-escalation techniques (ie, reframing of hostile patient behavior using strategic stages of verbal engagement) and by establishing clear limits about patient speech and conduct.12 Options for transferring a patient should be considered, and care team assignments may be negotiated at a physician’s discretion.

Although a patient’s clinical outcome is of the utmost importance, the well-being of clinicians—particularly resident physicians—should also be acknowledged and addressed. Several articles have proposed different protocols that organizations can use to respond to both patients who express racist or discriminatory behaviors and clinicians who experience those behaviors.9,10 Less has been written on what resident physicians should do in these situations.5,13 Resident physicians of color should not feel that it is incumbent on them to navigate these challenges alone. Organizations should offer formal support and guidelines for residents who have experienced or anticipate experiencing racially prejudiced behavior from patients, and contact information for ethics consultation service should be made available. Although some articles emphasize the importance of depersonalizing such encounters,5 these tolerance and coping-based strategies should be seen as accompanying solid administrative stances against bigotry.

How Should Physicians Respond When Patients Distrust Them Because of Their Gender? 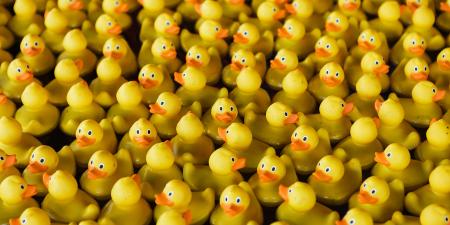 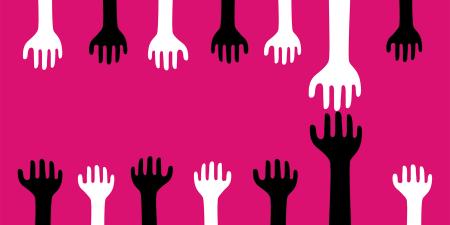 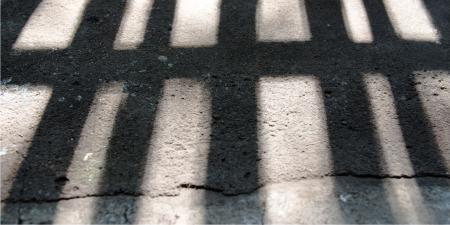