A regrettable feature of the debate leading up to the adoption of the Patient Protection and Affordable Care Act (ACA) in 2010 was the controversy over whether the new law would lead to inappropriate “rationing” of cancer screening and treatment. In particular, opponents of the law pointed to a recommendation from the U.S. Preventive Services Task Force (USPSTF) [1]—that had nothing to do with the ACA or the comparative effectiveness research it now funds—as an example of how the new law would limit access to care and undermine the quality of the health care system by placing cost control ahead of quality. Not only did these attacks have little merit, they distracted attention from the more likely effect of the ACA on cancer screening and treatment. By extending public and private health insurance to approximately 30 million Americans and prohibiting a number of health insurance practices that limit coverage, the ACA has the potential to reduce ethically troubling disparities in access.

Is “Comparative Effectiveness Research” Really a Threat to Cancer Care?

The controversy over the USPSTF’s recommendation against routine mammography screening among women ages 40 to 49 without other risk factors for breast cancer was caught up in a large debate about the role of comparative effectiveness research (CER). This debate reached a fever pitch during the health reform deliberations of 2009-2010. CER is the effort to compare the effectiveness of competing health care technologies and advocates hope it will generate evidence that can be used to improve the quality and efficiency of the health care system [2]. The Obama administration signalled its enthusiasm for this research when it invested $1.1 billion in CER as part of the American Recovery and Reinvestment Act (ARRA) in 2008. The ACA expanded this investment and created the Patient-Centered Outcomes Research Institute (PCORI) to direct federal CER efforts.

Despite its laudable goals, CER often generates fear because opponents are concerned that it may be used to deny coverage for effective treatments on the basis of inadequate data [3]. Furthermore, CER is often confused with economic evaluation of health technology (cost-benefit analyses) in which the health benefits of a technology are compared with its costs. To guard against this criticism, the ACA prohibits the government from conducting economic evaluation and prohibits the Center for Medicare and Medicaid Services (CMS) from using CER to make coverage and reimbursement decisions. And even if the ACA did call for economic evaluation of health care technologies, it is not clear that the results would significantly reduce spending on cancer screening and treatment.

Spending on cancer screening and treatment continues to climb, but many studies claim that these investments have been “worth it” when the economic value of the health gains is compared with the cost. Studies from the U.S. and other Organization for Economic Co-operation and Development (OECD) countries have found that aggressive use of breast cancer screening, coupled with advances in treatment, have reduced breast cancer deaths significantly in recent decades. For instance, a host of studies have found that radiotherapy, hormone treatment, and chemotherapy are all cost effective [4-7].

There is considerable disagreement among policymakers, health care professionals, policy analysts, and the general public about how to value gains in longevity, but few doubt that such gains have great economic value. As new, and more expensive, treatment options are developed, it is important for researchers and government agencies to review the clinical evidence continually and identify the health gains associated with these treatments. In doing so, they should make every effort to capture gains in functional status and quality of life, not merely gains in longevity. Regardless, without substantial changes, the ACA will not allow the federal government to incorporate the results of such research into policy.

The ACA and Inequality in Cancer Treatment

There is little evidence that the ACA will restrict access to cancer screening and treatment, and there are good reasons to believe it will expand access to such treatment. By doing so, it may help to reduce indefensible inequalities in cancer treatment and outcomes. Based on national health interview survey data, Ward and colleagues found that, compared with people with private insurance, women ages 40 to 64 who were uninsured at the time of interview were significantly less likely to report having a mammogram during the preceding 2 years (38 percent vs. 75 percent). Uninsured women ages 18 to 64 were significantly less likely than women with private health insurance to have had a Pap test within the preceding 3 years (68 percent vs. 88 percent). Similarly, uninsured adults ages 50 to 64 were significantly less likely to have been screened for colorectal cancer (19 percent vs. 48 percent) than their counterparts with private health insurance [8]. Halpern and colleagues found that people without insurance were more likely to be diagnosed with late stage (III or IV) vs. early state (I or II) than cancer patients with private insurance [9].

What are the consequences of these inequalities in access to care? The contribution of health care to health outcomes can be measured, in part, by focusing on “unnecessary untimely deaths” or “avoidable’ mortality” [10, 11]. These are deaths caused by conditions for which there are effective public health and health care interventions. Among the causes of premature death that experts believe to be amenable to medical care are cancers of the breast, cervix, colon, uterus, skin, and testis [10]. The concept of amenable mortality assumes that all premature deaths due to causes for which there are effective interventions, including breast cancer, are all potentiallyavoidable, but it recognizes that it may be impossible for health care interventions to eliminate all of these deaths [12]. Unfortunately, not all Americans benefit from interventions that could reduce their odds of dying prematurely from cancer. In a previous analysis of geographic inequalities in avoidable mortality in Manhattan, we found that residents of the lowest-income neighborhood of Manhattan, in which rates of insurance coverage were much lower than the rest of the borough, were significantly more likely to die prematurely from diseases that are amenable to medical care, including the forms of cancer listed above [13].

By extending health insurance coverage to millions of Americans, the ACA should help reduce inequalities in cancer screening and treatment. First, the law’s minimum essential coverage provision, known as the “individual mandate,” requires most people to purchase a minimum level of health insurance for themselves and their dependents starting in 2014. Second, the law calls for a major expansion of the Medicaid program that will expand the availability of public insurance coverage for many adults in states that had low eligibility levels. Although the U.S. Supreme Court ruled in National Federation of Independent Business v. Sebelius that the federal government may not force states to participate in the Medicaid expansion by withdrawing federal matching for the existing Medicaid program, most, if not all states are likely to expand their Medicaid programs rather than walk away from enormous federal funding [14]. Together, the individual mandate and Medicaid expansion will extend health insurance protection with more than 20 million people.

Equally important, the “essential health benefit” provision of the law means that this insurance will include substantial coverage for cancer screening and treatment [15]. Beyond this, the ACA also includes several provisions designed to improve access to preventive services, including cancer screening. Under the law, for example, Medicare beneficiaries do not have to pay for preventive services that have received a grade of A or B (i.e., “strongly recommended” or “recommended”) by the U.S. Preventive Services Task Force, and the deductible for colorectal cancer screening is waived. Finally, the ACA regulates private health insurance and prohibits a number of practices that limited access to health insurance for people diagnosed with cancer. Health insurance companies are no longer allowed to rescind policies when people make mistakes on their applications and they are no longer allowed to place lifetime caps on the dollar amount of coverage. Health insurance companies are prohibited from denying coverage for children with a pre-existing condition and, starting in 2014, they will be prohibited from doing so for anyone.

Years of investment in medical technology have improved our capacity to detect and treat many forms of cancer. Although some types of screening may be problematic because they generate too many false positives, most are effective at detecting cancer at an early stage and improving the prognosis of patients. Similarly, advances in treatment have helped cure many patients and extended the lives of many others. Unfortunately, the benefits of these interventions are not shared by all. In the U.S., members of marginalized racial and ethnic groups and patients without health insurance often do not receive timely and appropriate care. The ACA will not solve this problem, but, by extending access to health insurance to millions of Americans, it should significantly reduce inequalities in access to care. 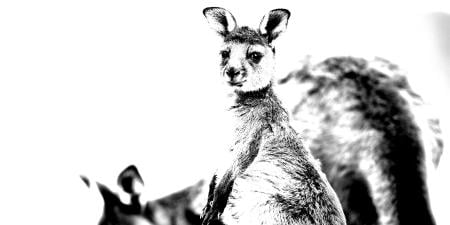 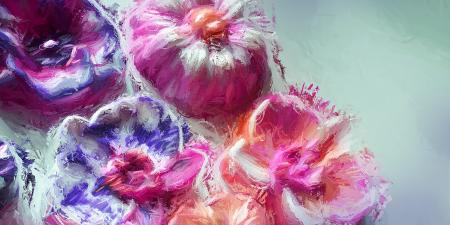 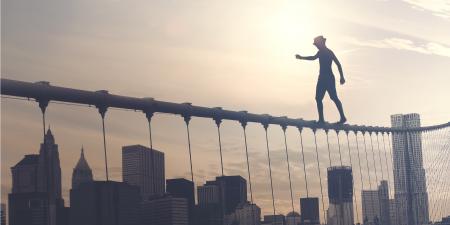