Pain is a prevalent symptom that causes patients to seek medical advice. Pain can have various origins, ranging from physical damage related to trauma to musculoskeletal changes associated with normal aging. Physicians can offer therapies including rehabilitative exercise and palliative medication. However, in spite of medical intervention, many patients continue to experience pain, and some may disregard recommended dosages for pain medication. The extent of risk that patients take to obtain pain relief might be reflected in the number of fatal overdoses associated with prescription medications: recent research revealed that nearly 75 percent of prescription deaths are accidental [1]. The research identified the most common medications involved in accidental deaths as opioids, benzodiazepines, and antidepressants—medications often used by sufferers of chronic pain. Patients living with chronic pain may feel that their physicians do not fully comprehend their experience of pain and may be at greatest risk for overdose.

In appropriately evaluating and treating pain, physicians engage in a dialogue with their patients to identify characteristics of pain and its time course. During a typical exam, patients communicate their subjective experience of pain, and physicians seek objective signs of tissue disease or damage. But the subjective experience of pain and its toll on the patient’s life can be impossible to convey. As a consequence, many patients with pain do not gain satisfaction from the interaction with their clinicians. On the other hand, when patients believe that their physicians acknowledge and understand their pain, the perceived pain can be reduced by as much as 30 percent [2]. Physicians must approach the clinical encounter as an opportunity for their patients to share if not paint the picture of their health. In fact, one historical figure—Frida Kahlo—chose to paint about her health and experience with pain.

The Mexican artist Frida Kahlo (1907-1954) is known around the world for her numerous self-portraits and volatile marriage to Diego Rivera. In her self-portraits, Kahlo wears beautiful clothing and jewelry from her native Mexico and accents her hair with colorful ribbons and flowers. To the surprise of many observers, Kahlo prominently features her unibrow and facial hair and a stoic and distant facial expression that avoids any semblance of a smile. The expression is observed not only in her self-portraits but also in photographs. As acknowledged by several art historians, Kahlo’s expressions reflect the many physical and emotional challenges that she faced in her life [3-5].

At the age of 6, Kahlo’s body was weakened and deformed when she contracted the poliomyelitis virus. During her formative years, she witnessed the uncertainties and destruction of the decade-long Mexican Revolution. As a teenager, she narrowly escaped death in a streetcar accident when a metal handrail pierced and disfigured her body, causing significant damage to her spinal column and pelvic organs [6]. Her challenges with physical and emotional well-being would continue into adulthood as she struggled with chronic pain, infertility, and depression. Kahlo’s poor health and chronic pain inevitably became prominent themes in her artwork.

By distilling and depicting the emotions surrounding her traumatic accident and subsequent medical complications, Kahlo painted experiences that people could recognize and relate to—feeling pain, being hospitalized, and fearing isolation. In the iconic painting Broken Column (1944), Kahlo portrays the effect on her body of the injuries sustained in the streetcar accident. She offers her body for study by exposing her bare breasts and uncovering her spinal column. With metal construction nails sticking into her body, moreover, she conveys the sharp and diffuse nature of her pain.

Kahlo provides another example of the perception of her body image in the painting Landscape (1946). Lying contorted in the middle of a desolate landscape, her body is an ill-defined form without clear features to identify it as being female or even alive. Kahlo, who as an adult underwent numerous spine operations and extended periods of convalescence, portrays her body as disfigured and scarred. While the observer can perceive structural forms that represent her extremities and bones, little else is recognizable. Kahlo may have hidden the face in this work to express the shame and embarrassment she felt about her damaged body. Later in life, Kahlo developed gangrene of the right leg that eventually required an amputation. Though she had experienced terrible pain in her right leg, the amputation devastated Kahlo. In her personal diary, she illustrated herself as a one-legged figure and wrote, “I am DISINTEGRATION” [3]. Overcome by depression and the disfigurement of her body, Kahlo attempted to commit suicide on several occasions [5, 7].

As Kahlo lived and struggled with chronic pain, painting offered her an opportunity for escape and emotional catharsis [8]. However, as she grew older and weaker, her pain and depression worsened [9]. She became desperate for relief and consumed increasing amounts of alcohol [5, 9]. Her physicians managed her pain with meperidine and morphine, though eventually this therapy became an addiction [3, 5, 9]. As the substance abuse and pain increased, her artistic skill declined [3, 9, 10]. Obsessed with obtaining medical treatment, Kahlo actively sought out physicians who offered surgical intervention for her back pain [3, 7]. During her lifetime, she underwent more than 30 surgeries on her spinal column in both the United States of America and Mexico [3, 8]. Tragically, her physical pain could not be alleviated and instead served as a trigger to the painful memories of a volatile marriage and failed pregnancies [3, 11].

In her lifetime, Kahlo experienced numerous miscarriages and at least three therapeutic abortions. Out of love for her husband Diego Rivera, Kahlo tried repeatedly to conceive a male child. Unfortunately, the streetcar accident had rendered her body unable to support a pregnancy. Unable to carry a child to term, Kahlo created works exploring themes of infertility in a manner that shocked many of her contemporaries. In the painting Henry Ford Hospital (1932), for example, Kahlo shows her body lying on a hospital bed—naked and hemorrhaging after a miscarriage and tethered to a stillborn fetus and objects symbolizing the anatomic structures of reproduction. Her emotional pain is evident from the tear falling down her face and the amount of blood. Her isolation is conveyed by the barren landscape surrounding her hospital bed. Though numerous industrial buildings are observed in the distant landscape, Kahlo utilizes their remoteness to represent the literal and figurative distance between Rivera and herself—he was working on a mural in Detroit while she suffered the miscarriage alone at the hospital.

Another evocative painting is My Birth (1932), which draws on painful memories of a miscarriage and the death of her mother. Kahlo structures the painting with elements from the ex voto tradition, in which a near-tragedy event is illustrated along with the religious figure intervening protectively. In this painting, however, Kahlo recounts her birth not as near-tragic event but simply as a tragic event. No family members or friends are present to support her mother, suggesting her birth is unwelcome. She paints herself emerging from her mother’s body as a stillborn child, suggesting to the observer that her failing health began on the day she was born. Having lived a life of pain and disillusionment in health and marriage, Kahlo may have retrospectively deemed her entire life as worthless.

Kahlo perceived her infertility as a failure in her role as a woman and a wife in Mexican society. Unfortunately, her marriage suffered for reasons beyond her infertility. Kahlo experienced severe mental anguish during her marriage due to Rivera’s numerous extramarital affairs with artists, models, actresses, and photographers. Early in her marriage, Kahlo tried to ignore the affairs; she believed Rivera would only seek short-lived, casual liaisons. But Rivera’s paramours would include Kahlo’s own sister Cristina. The discovery of Rivera’s and Cristina’s betrayal devastated Kahlo and she ceased to paint for several months. When she did begin to paint again, her anguish is clearly evident. In the painting Memory (1937), Kahlo communicates emotional pain by portraying her body with a gaping wound in the chest and her eviscerated heart lying on the ground, hemorrhaging blood. As Kahlo biographer Hayden Herrera notes, “the greater the pain she wished to convey—especially pain caused by rejection from Diego—the bloodier Frida’s self-portraits became” [7]. In the painting Self-portrait with Cropped Hair (1940), Kahlo reflects on her marriage and divorce from Rivera and the emotions fueling her pain: desolation, devastation, and defeat. Unlike previous works in which Kahlo adorns herself with colorful clothing and beautiful jewelry, she now wears an ill-fitting dark suit, implying a renunciation of femininity. With a pair of scissors in her right hand, Kahlo completes the transformation by cutting off her beautiful long black hair.

In Kahlo’s works, we observe the dehumanizing effects of her physical and emotional pain. She exposes her physical injuries and emotional suffering so that we may understand her life and challenges. Yet, among the many dozens of paintings in her body of artwork, Kahlo never painted the streetcar accident that wounded her teenage body. According to Herrera, “[t]he accident was too ‘complicated’ and ‘important’ to reduce to a simple comprehensible image” [3]. While memories of the accident were too traumatizing for Kahlo to revisit, she found strength and catharsis in painting the other painful memories of her life. The depiction of physical and emotional pain in the artworks by Kahlo has not gone unnoticed in the health care community. For example, a New York psychologist uses Kahlo’s artwork in therapy sessions to help women talk about their experiences of emotional and physical trauma such as infidelity, violence, and infertility [12]. The experience of pain and the damage done by it can be palpable in Kahlo’s work. The hope of the author is that Kahlo’s work will empower more patients to talk about their own pain.

Frida Kahlo’s life and artwork can serve as a resource for physicians who want to better comprehend the experience and dehumanizing consequences of pain. Her paintings are a medium to visualize pain and the effect of pain on the human condition. We witness the suffering, grief, and doubt in Kahlo’s paintings; through them, we can contemplate the experience of pain from the perspective of the patient. Patients living with pain are acutely aware of their bodies in ways that healthy people may not be. Pain can be discernible and persistent as well as dynamic and indefinable. Pain, moreover, can bring about a transformation in a person that manifests both physically and mentally. Living with pain can have a paralytic effect on a person’s goals and dreams, in addition to family, marriage, and career. Though the practice of medicine often focuses on diagnosis, treatment, and education, the role of the physician demands much more. By understanding pain as a complex phenomenon that affects many aspects of life, we as physicians can fulfill our role to comfort and heal. 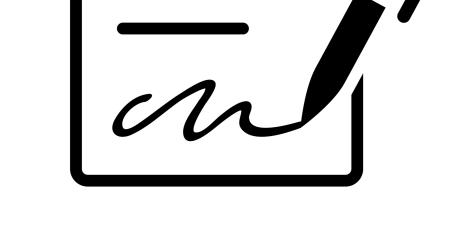 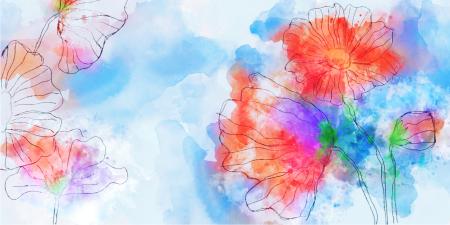 Objectifying Chronic Pain: From the Patient to Diagnostic Metrics