Jose was admitted to Children’s Hospital for replacement of a dislodged gastrostomy tube. He is 17 years old and has Down syndrome. During his hospitalization, pediatric resident Dr. Dalton observed that Jose could not bathe or feed himself or use the toilet without help. He refused to walk and got around only by wheelchair. In reviewing his medical record, Dr. Dalton noted that Jose’s performance status had declined significantly since a previous hospitalization, and she wondered why.

Shortly after Jose’s release from the hospital, his mother who is his only caregiver was called out of the country for a family emergency. She left Jose at a care facility associated with Children’s Hospital for three weeks. During his stay at the facility, Dr. Dalton continued to follow Jose and manage his medical care. She wrote orders encouraging staff members to facilitate Jose’s self-care. In the ensuing days, Jose was encouraged to walk, bathe, eat and use the toilet by himself, which he did successfully. By the middle of the third week, Jose was leaving his room on his own initiative and sitting in the community area looking at teen magazines and listening to his Walkman. He bobbed his head to the music and seemed to want to dance with the nurses.

As the time for Jose’s mother’s return approached, Dr. Dalton began to wonder what she should tell her about Jose’s care.

Let’s begin by determining whether this case presents an ethical or legal problem. An adolescent male with Down syndrome who required total care upon admission has acquired several self-help skills during his hospital stay. His rapid progress in the inpatient setting strongly suggests that he does not care for himself at home.

On its face, this situation presents no legal dilemma. The case provides us with no evidence that Jose is being abused or neglected. As a minor, Jose is the legal ward of his mother, who has the right to determine what is best for her son. Yet Dr. Dalton fears that the care she provides is inappropriate given Jose’s demonstrated ability and thus not in Jose’s best interest. How, if at all, should she address her concerns with Jose’s mother?

Because Dr. Dalton is parsing what kinds of intervention are good or moral for her patient and his family, she is indeed faced with an ethical problem.

Unique ethical tasks accompany the practice of pediatrics. Patients are unable to consent to most forms of treatment by dint of their minor status. Physicians must therefore rely on the proxy decision making of parents and guardians, who may disagree with medical staff about what is best or most appropriate for a particular child. The child’s dependent status means that his or her welfare is more directly affected by environmental or family factors than that of an adult [1].

Pediatricians also recognize that the practice of family-centered care, which is based on the acknowledgment of the family’s primary role in supporting the child, leads to better patient outcomes as well as enhanced patient and family satisfaction [2]. Hallmarks of family-centered care include, among other core principles, recognizing and building on family strengths, supporting family choices regarding care and honoring family cultural diversity and its effect on the family’s experience of care [2]. Family-centered physicians strive to partner with families, rather than administering to them. It should be noted that the respect for families inherent in this philosophy does not mean condoning or collaborating with abusive or neglectful family decisions.

Dr. Dalton considers several ethical principles—beneficence, respect for autonomy and justice—in thinking about Jose. Promotion of his independence, she believes, is a beneficent action, one that is in his best interests and one that will enhance his quality of life. She recognizes Jose as an individual and wishes to encourage his autonomy as he nears adulthood. She knows that she could simply discharge Jose to home without addressing her concerns with the mother but wonders if that would be just. If Jose were not mentally disabled, would she ignore evidence of inappropriate parenting?

Of Jose’s mother, we are told little. Of course, she may be delighted to learn of her son’s new independence, both for his sake and her own. But Dr. Dalton can think of several reasons why the mother might not welcome this news: she may fear that Jose cannot care for himself as well or as quickly as she can. For complex emotional reasons, she may be attached to Jose’s role as a wholly dependent child and to her role as his sole caregiver. She may wish to retain guardianship of Jose after his 18th birthday and may worry that evidence of his increased competence will interfere with that goal. And, while the cultural identification of Jose’s mother is not specified, the role of cultural influence should be considered in the importance she places on Jose’s independence—while European-American cultures generally view independence and individuation positively, other cultures value family interdependence more [3].

Dr. Dalton obviously wishes to act in Jose’s best interests. Determining what those interests are, however, may prove difficult. The American Academy of Pediatrics (AAP) allows that “the concept of best interest is probably better suited to legal analysis than to medicine…(this) analysis involve(s)…some degree of subjectivity” [4]. In other words, there is no categorical method to determine whether Jose’s doctor’s definition of what is best for him is better than his mother’s.

How, then, should Dr. Dalton proceed?

If she can, Dr. Dalton should avoid addressing the problem of Jose and his mother as a zero-sum game, with mutually exclusive patient and family interests.

First, she may want to assess the mother’s understanding about Jose’s diagnosis. Parents of children with Down syndrome commonly report receiving inaccurate or limited information about their child’s condition [5]; doctors may have given Jose’s mother an excessively gloomy prognosis about his future abilities. A social worker may help determine if the family is eligible for any programs, such as the Mental Retardation Waiver, which pay for such supports as respite care, prevocational services and supportive services for residential care placements. Referral to a parent support group may provide Jose’s mother with peers who can offer help and feedback. Throughout her communication with Jose’s mother, Dr. Dalton should be certain that she is being understood. If English is not the mother’s primary language, all discussions and written information provided to her should be translated into her preferred language.

In addition, Dr. Dalton should gently inquire about the mother’s long-term plans for Jose, including any arrangements for his care when she can no longer provide it at home. She can add that if, at some point, Jose is placed in a group home or other nonfamily residential arrangement, his adjustment will be easier if his independence has been encouraged at home.

What input, if any, should Jose have into this discussion? The AAP Policy Statement on Informed Consent, Parental Permission, and Assent in Pediatric Practice states that pediatricians “…should not necessarily treat children as rational, autonomous decision makers, but they should give serious consideration to each patient’s developing capacities for participating in decision-making” [6]. The AAP Committee on Bioethics encourages physicians to seek assent of select patients in addition to the informed permission of their parents [6]. While Jose is 17 years old, his capacity for informed decision making lags several years behind that of his peers. Mental abilities can vary significantly among individuals with Down syndrome, however, and the possibility of dialogue with Jose should not be dismissed until his cognitive status is evaluated. The results of this evaluation may be helpful to both Jose’s mother and Dr. Dalton in directing their discussion.

Adding Burden to Burden: Cosmetic Surgery for Children with Down Syndrome 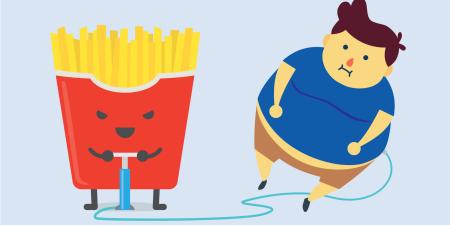 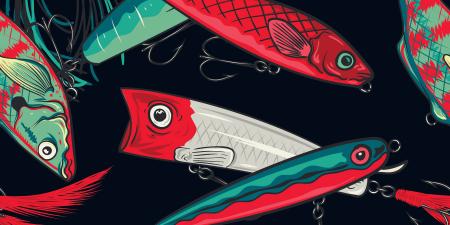 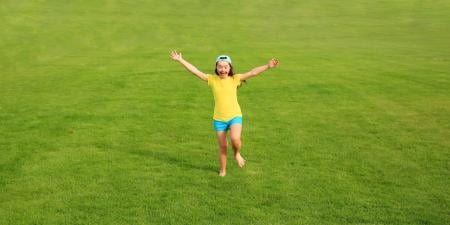