Modern medical ethics has been tremendously influenced, both in theory and in practice, by the four principles approach to bioethics, which was generally developed from the 1978 "Belmont Report" and the work of Thomas Beauchamp and James Childress. According to these models, a physician's moral obligation toward his or her patient is defined by four ethical principles—respect for autonomy, nonmaleficence, beneficence, and justice. Respect for autonomy dictates that patients who have decision-making capacity have a right to voice their medical treatment preferences, and physicians have the concomitant duty to respect those preferences. Nonmaleficence directs physicians to maximize the benefit to patients while minimizing the harm. Beneficence promotes the welfare and best interest of patients. Finally, justice demands fair, equitable, and appropriate treatment for all patients [1]. These ethical principles are commonly referred to in professional ethical guidelines and applied in clinical decision making.

Adherents to the four principles approach have described them as equal in importance, that is, without hierarchical ranking, and all prima facie binding. Western liberal viewpoints, however, argue for the centrality and priority of respect for autonomy over the others [2-4]. According to Daniel Callahan, for example, autonomy is "given a place of honour because the thrust of individualism, whether from the egalitarian left or the market-oriented right, is to give people maximum liberty in devising their own lives and values" [2]. Respect for autonomy has been widely accepted and applied in clinical and research settings over the last 3 decades, primarily through the practice of informed consent. The requirement for obtaining informed consent both for medical intervention and from human subjects in research, has become the norm—and in most cases the law—and that is a positive development. Failure to secure adequately informed consent can lead to serious ethical and legal consequences. In other words, while the best interest of the patient (i.e., nonmaleficence and beneficence) remain at the core of medicine, it is the values, preferences, wishes, and self-determination (i.e., autonomy) of the patient that distinguishes what is beneficial from what is harmful in the Western approach to bioethics.

After examining the moral justification for these ethical principles, one realizes that seeing patients as persons, who are rational, self-conscious beings capable of valuing their own lives and, hence, entitled to liberty and the right to make choices for themselves, constitutes the backbone of Western medical ethics. Yet, how did person come to be defined in this way?

Traditional thinking presupposes that all human beings—Homo sapiens—are persons and that this is an indisputable, self-evident truth. The Judeo-Christian traditions hold that human beings, having been created in the image of God, must be accorded the dignity, rights, and personhood that flow from this divine origin. These traditional conceptions of personhood are challenged by modern bioethical dilemmas. For example, how do we assess the personhood of an embryo, fetus, severely handicapped newborn, or seriously demented or permanently vegetative human being? Should humans in all states and stages be regarded as persons, deserving of the same dignity, rights, and health care?

Many philosophers have argued against this conception of personhood and have distinguished 'persons' from 'human beings.' Engelhardt states bluntly, "Persons, not humans, are special" [3]. John Locke differentiated 'person' from 'human being' in the 17th century, saying that the latter means a corporeal existence only, whereas, the former is "a thinking intelligent being that has reason and reflection and can consider itself, the same thinking thing, in different times and places" [4]. Most importantly, according to Kant, a person is a rational agent capable of exercising free will.

In modern bioethics, Peter Singer distinguishes between two meanings for the term 'human being' (1), a member of the species Homo Sapiens, and (2), a being who possesses certain qualities such as self-awareness, self-control, a sense of the future, a sense of the past, the capacity to relate to others, concern for others, communication, and curiosity [5]. Singer believes that only human beings in the second sense are 'persons' who deserve rights and respect. He also suggests that 'rationality' and 'self-consciousness' are the crucial characteristics of persons. Similarly, Warren, Tooley, Harris, and Engelhardt [6-9]—all of whom propose definitions of personhood—emphasize that rationality, self-consciousness, and autonomous moral agency are key features. Such a conception of personhood naturally leads to the centrality of patient self-determination and autonomy.

Personhood in an Eastern Confucian Sense

Not all cultural traditions have the same perspective or conception of personhood, a fact that has implications for the application of the four basic ethical principles. Confucianism, for example, which is one predominant cultural and philosophical tradition in East Asia, views persons and their autonomy differently than do most Western traditions. Confucius' concept of persons, as interpreted, is two-dimensional [10] —the vertical dimension (the autonomous, self-cultivating one) and the horizontal dimension (the relational, altruistic one). This approach views a person not only as a rational, autonomous agent but also as a relational, altruistic identity whose self-actualisation involves participating in and promoting the welfare of fellow persons. In comparison, both the Western secular conception of personhood that focuses on self-consciousness, rationality, and autonomous moral agency, and the Judeo-Christian traditions that see persons as creations of God's image that reflect God's glory, refer primarily to the vertical dimension. This constitutes an interesting contrast with Eastern views.

According to Fingarette's explication of the Confucian conception of person,

.man is not an ultimately autonomous being who has an inner and decisive power, intrinsic to him, a power to select among real alternatives and thereby to shape a life for himself. Instead he is born as "raw material" who must be civilized by education and thus become a truly human being [11].

Confucianist Liang indicates, "In the Chinese thinking, individuals are never recognized as separate entities; they are always regarded as part of a network, each with a specific role in relation to others" [12]. Tu argues that 'self' in the classical Confucian sense is both the center of relationships and a dynamic process of spiritual development [13]. "One becomes fully human through continuous interaction with other human beings and. one's dignity as a person depends as much on communal participation as on one's own sense of self-respect" [14].

Self-individuation therefore, is possible only through a process of engagement with others within the context of one's social roles and relationships [15]. Moreover, the boundary between self and others in Confucianism is not always clear. The self, as the center of relations, is not merely the privatized self of a closed system; instead, it can and should be broadened to become a public-spirited self [15]. From the Confucian point of view, family, community, country, and even world are spheres of selfhood where one engages in promoting and transforming oneself.

While modern Western medical practice interprets patient autonomy as an expression of a person's moral faculties of rationality and self-consciousness, Confucianism perceives autonomy as contextually and conceptually dependent: the ideal person commits himself to altruism autonomously because his self realization consists in moral self-cultivation through giving peace and security to others. When a doctor approaches his patient from a relational personhood perspective, he sees not only a person whose autonomy and dignity are to be respected, but also a relational being with a family, a community, and a social-historical context—a small self, encompassed by one or many greater selves.

In a traditional Asian Confucian context, the family—more than the individual—is considered the basic unit, and doctors tend to seek the opinions of, and value decisions made by, the family as a whole. There are many reasons for this: the emphasis on family values, the large role family plays in caring for the sick, the weakness and vulnerability of patients in times of illness, and the interconnectedness and interdependence between family members ; in short, families are taken seriously. After all, medical decisions by the patient often greatly influence the family members, among whom the 'morality of intimacy' cannot be replaced or overruled by the ethics of impartiality, universality, and individualism of moral strangers.

Concentrating merely on the relational perspectives of persons has its risks. For example, emphasising filial piety ( Shiaw), family values, and the common good may cause patients to subordinate their right to autonomous decision making to the preferential choice of the families or social values. Always putting public interest before self-interest and individual rights, in addition to highlighting the individual responsibility to the group, may lead to collectivism, which could undermine personal needs, rights, and freedom. The traditional Confucian values produced a paternalistic and patriarchal society, and, conversely, social practice may lead to a doctor-patient-family relationship and medical decision making that resembles paternalism. For these reasons, the autonomous perspective, i.e., the vertical dimension of persons, is likely to be suppressed by the relational, horizontal perspective and result in the sacrificing of patient's rights and autonomy and the jeopardising of the cultivation of an autonomous person.

To avoid that consequence, a competent patient's decision making should always be an autonomous choice of his own. At the same time, however, the decision-making process should recognize that the patient—the agent—is always a person-in-relation. A balance can be achieved between the traditional social orientation of a self on the one hand, and respect for individual rights and autonomy on the other, and their values can be held in a productive tension. When such a balance is achieved, the vertical dimension of a person is held in equipoise with the horizontal dimension. Health care practitioners from a family-oriented society should be aware of how to protect their patients from being manipulated or coerced by collectivist pressure (mostly from their families) and promote their autonomy without rejecting their traditional family values.

On the other hand, doctors who stress the autonomous, individualistic perspective should realize that not every individual they meet in a clinical encounter is comfortable with the radically individual concept of personhood that assumes that patients are unconnected, autonomous agents. When one is ill, frail, vulnerable, or dying, the value of one's relatedness, mutuality, and communion with others is no less and sometimes more important than one's separateness, individuality, and distinctiveness from others. Doctors who rely on informed consent as a means to respect patients' autonomy—sometimes without sincere concern for their welfare—may appear to be bleak and detached, endorsing a politically correct proceduralism that can eventually leave patients adrift amid alienating choices fraught with emptiness, loneliness, and helplessness. Principlism that merely affirms the ethos that liberal individualism and autonomy must trump other considerations does not describe the whole picture of morality satisfactorily, nor does it give biomedical ethics a solid foundation. To be a human being is to be a part of a family and community; these are the locus for morality. The sense of human dignity and worth is a moral accomplishment for one to attain, not the natural criteria of rationality and self-consciousness one is born with. 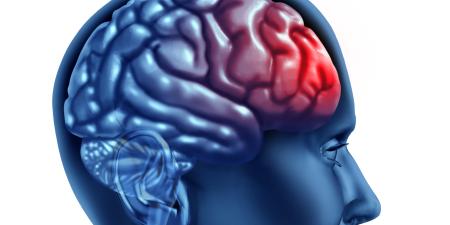