Dr. Garrison is a family physician who has been practicing at a health center in a high-poverty urban neighborhood for 20 years. She finds her work at the health center challenging and often frustrating, but she thinks it is important because the community is plagued by serious health and social problems.

In the last 5 years, for example, Dr. Garrison and her colleagues have observed a steady increase in communicable diseases such as hepatitis and human immunodeficiency virus (HIV). The county public health department has also recognized this trend and has attributed this increase largely to high rates of intravenous drug use in the community.

Dr. Garrison's clinical experience supports the findings of the health department. In addition to her work at the health center, each week she conducts patient outreach visits at social service organizations and community centers. She also goes on street outreach to provide health care to the homeless. In each setting, Dr. Garrison has been told of—and in some cases even witnessed—IV drug users sharing needles.

Each time Dr. Garrison sees or hears about needle-sharing, she sees an opportunity for education. She has told her patients about the risks involved and provided them with information about treatment centers for drug addiction. Despite her efforts, Dr. Garrison sees no progress; more of her patients and their friends are contracting HIV and hepatitis.

In a meeting at the county health department to address this public health problem, she learns of an approach that might be effective in the neighborhood. Evaluations of some programs that provide IV drug users with clean needles and syringes, she is told, have had promising results in reducing the spread of communicable disease in some communities. Intrigued, she reads and assesses some of available literature. She finds that indeed, providing IV drug users with clean needles and syringes can be an effective means for combating the spread of hepatitis and HIV.

Dr. Garrison calls one of her friends on the city council to talk about whether local ordinances forbid such programs and, in doing so, learns that both local and state laws prohibit the distribution of needles. Her initial enthusiasm turns to anger, and she makes an appointment to discuss the issue with her state representative.

Dr. Garrison's state representative is sympathetic to her cause but tells her that the legislature's priorities right now are to manage the budget deficit and revive the state's economy. Besides, he says, many state legislators think that needle exchange programs encourage drug use and that there are better and more appropriate ways to reduce the spread of disease.

Frustrated with the legislator's response, Dr. Garrison decides it is time to take matters into her own hands and create a needle exchange program on her own time and with her own money. She knows that in doing so she is engaging in an illegal act that could endanger her career and reputation. She believes that this risk is worth taking, however, because providing her patients and others in the community with clean needles could help reduce the transmission of disease. She also hopes that the program and publicity it receives will draw more attention to the problem and will prompt local and state policymakers to address the issue.

Dr. Garrison's frustration is understandable. According to a recent review of the literature, the evidence is clear that needle exchange programs significantly reduce the incidence of HIV and hepatitis among IV drug users without increasing the rate of drug abuse1. Indeed, as the authors report, both the US Department of Health and Human Services and the US Surgeon General have reached this same conclusion. Based on this evidence, successful needle exchange programs have been instituted in the majority of states. Unfortunately, Dr. Garrison's state is not one of them. Dr. Garrison has good reason to believe that a needle exchange program would benefit her patients, but the law will not permit her to follow her well-founded medical judgment.

The question is whether this potential medical benefit warrants her breaking the law. A comprehensive discussion of the ethics of civil disobedience is beyond the scope of this commentary, but a few key points merit attention2. First, any such act bears a burden of justification, especially when the law in question is one which has been legitimately enacted within a democratic and just social order. I will presume for the sake of argument that this is the case with the law in Dr. Garrison's state. Consequently, Dr. Garrison must be prepared to offer a moral defense of her decision.

Still, there is 1 common element to their moral justification. Each must start with an argument that the law in question is not morally defensible. This is fairly straightforward if the law's justification is purely a matter of its public health consequences. Once it has been established that the law impedes effective reductions in the spread of HIV without any compensating benefits in reducing drug use, appeal to the consequences favors repeal of the law. This is not the end of the matter, however. The state legislature may object that even if needle exchange programs do not "encourage" illegal drug use in the sense of increasing its incidence, they might still be perceived to "condone" it. It might be these symbolic implications that concern policymakers, not just the measurable public health consequences. The reading of such symbols may mark a cultural divide between Dr. Garrison and perhaps many of the constituents the legislature represents. This could be the same divide that would put the 2 parties at odds over public policies such as the dissemination of condoms or birth control information in public schools. In justifying her action, Dr. Garrison will need to explain why reason favors her interpretation and weighting of the symbols. This will be a more complex argument, and to the extent that people of good will still disagree on the conclusion it will be harder for Dr. Garrison to justify her civil disobedience.

Let us assume for the sake of argument that Dr. Garrison has succeeded in her moral criticism of the law and consider what else she would need to establish to justify breaking it.

What if her goal is to have the law repealed? The problem with this purpose is that there are other means still untried for accomplishing that goal. In order to make her ethical case, Dr. Garrison needs political allies. Without them, a lone protest may only galvanize opposition and reduce the chances for any change in the law. In acting by herself, she invites being labeled a self-righteous rebel, the sort of person whose cause is easily dismissed. However worthy her goal, the means cannot be justified if they are likely to backfire. Self-defeating behavior rarely makes good ethics. Talking to one's representative is only a start in garnering support. Mounting a public political campaign, perhaps with the help of the state medical society and backed by the epidemiological evidence, might be successful. In doing so, she could point to the many other states that permit needle exchanges. "Me too" works wonders on the legislative mind.

What if her goal is to help her patients? Here too, it may be that Dr. Garrison has not thought far enough ahead. Her help for them will last only so long as her needle exchange program is allowed to continue. What will happen to their care when she is arrested or has her license suspended? Her patients will have lost not only the benefits of the needle exchange but the services of a physician who is meeting a much wider range of health care needs. She may be desperate to do something, her desperation driven by the depth of her concern and idealism. Certainly, medicine needs more idealists like Dr. Garrison. Idealism must be hard-headed and practical in its tactics, however, or else it runs the risk of degenerating into self-righteous gestures.

Which brings us to the third possibility: she will break the law in order to register her personal protest. This, I believe, is the least worthy reason. This rationale would not be analogous to an act of conscientious refusal, in which a person refuses to obey a law which will force her to engage in actions she finds morally repugnant. Dr. Garrison is not like the religious pacifist who refuses to report for the draft, for example. The law prohibiting needle exchange programs does not require her to act in ways she finds morally objectionable. Rather, it prohibits her from acting in ways she finds morally preferable. She does not need to disobey it to protect her conscience, which can still be expressed in myriad legal ways. A strong statement of protest, emphasized by self-sacrifice, may feel very satisfying to Dr. Garrison. When it poses the risks described earlier, however, both to her patients' care and to the prospects for legal change, it is an unprofessional indulgence which overlooks her larger duties to her patients and public health. 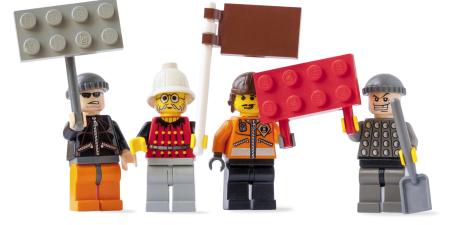 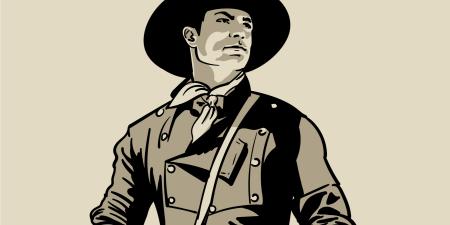 Beyond Medical School: The Frontier of Medical Activism