Dr. Gowen sighed as she sat down in the physician’s lounge to go through her accumulated e-mail. “Good grief, 50 unread e-mails in 8 hours?” she said to her colleague, Dr. Hassan, who was sitting next to her. He rolled his eyes.

“I know,” said Dr. Hassan. “I love this hospital but the number of ‘all-employee’ e-mails is overwhelming.” Suddenly he drew in his breath. “Have you seen this?”

Dr. Gowen peered over his shoulder at a spreadsheet sent out by the hospital’s CEO that listed the average monthly ordering costs for each physician on staff, by name, including lab requisitions, prescriptions, and diagnostic tests. She scrolled up to find a perfunctory introduction about trying to “do what we can” to cut costs. “Are they serious?” she said incredulously. “They’re trying to shame us into ordering less?” She flipped back to the spreadsheet and reddened when she saw her name. Her monthly costs were among the highest in the hospital.

“Looks like you’ve got some explaining to do,” joked Dr. Hassan. Dr. Gowen laughed, but her mind was racing. She didn’t think that her patients were sicker or had more complicated medical problems than the patients of her peers, and she trusted her clinical judgment—she had often been praised for her acumen in knowing what tests to order to clinch a difficult diagnosis. She certainly didn’t order tests that she thought were unnecessary or “just in case.”

She started to fire off an e-mail to the administration voicing her concerns, but then stopped. At her former practice, a physician-owned office, she would have brought the issue up with her partners and they would have discussed it together. But now, she was one of many salaried physicians on staff—did she want to come off as a difficult employee? Did she have the clout to refuse to comply? Uneasy, she signed out of her computer and packed up to go home.

More than half of all practicing physicians in the United States are employed by hospitals or health delivery systems [1]. This trend towards the physician as employee has been ongoing, recently driven by changing reimbursement models, regulatory requirements, and perhaps an increased emphasis on work-life balance on the part of new physicians, who seem to favor work flexibility and administrative simplicity. While the physician’s clinical and ethical responsibilities to patients remain the same, employment adds a practice management stakeholder, and often these new practice management structures have financial interests that are different from those of physicians who own their practices. These new arrangements reintroduce old questions in a new context: What are the physician’s roles in balancing clinical duties with the financial demands of an ongoing practice? How much transparency is right, and which parties should see what information? These questions are fundamentally important to the new physician employee, but we suggest that they reveal tensions that have always been present. As newly structured health care organizations implement policies to address these tensions, implementing and structuring them well on ethical foundations will be essential.

The fundamental ethical issue is whether a physician can advocate for the patient if he or she is also expected to think about the personal and societal financial implications of treatment decisions. The patient-doctor relationship entails certain expectations, and the physician has a fiduciary duty to advocate for the patient’s well-being. Does this mean that the physician should not consider the patient’s individual costs when making medical decisions? Probably few would hold such a view—after all, patients often bear significant personal cost for health care through copayments, deductibles, co-insurance, and noncovered care. Patients care about their cost and their health, and good advocates ought to consider both.

But should the physician consider societal costs when making medical decisions? Physicians today typically do consider societal cost when making individual decisions [2, 3], but perhaps not as much as they should. Normatively, physicians ought to act as stewards of societal resources, since not doing so leads to limitless expenditures that no one would want, individually or collectively [4]. Moreover, what appears to be societal cost is often indirectly linked to individual cost, inasmuch as high health care costs generally put downward pressure on wages, which compete for health care spending as parts of total employee compensation, or downward pressure on other goods or services provided by the public sector [5].

These principles of stewardship are often made explicit, for example, in the American College of Physicians Ethics Manual statement: “Parsimonious care that utilizes the most efficient means to effectively diagnose a condition and treat a patient respects the need to use resources wisely and to help ensure that resources are equitably available” [6]. But responsibilities to individuals and to society can be at odds, and there is no satisfying way to reconcile these conflicts. That is one reason why this case, in its various forms, is so timeless.

Hospitals and practice plans face similar conflicts, and those conflicts became more explicit in the mid-1980s, when prospective payment was introduced for Medicare hospitalizations and managed care practices increased financial tensions associated with clinical care in other settings. And new payment models may create more provider financial risk; for example, the Medicare Value Based Purchasing initiative will be using Medicare spending per beneficiary as a measure of hospital efficiency of care [7]. Each of these systems is designed so that physicians, clinics, and hospitals feel the cost consequences of treatment decisions—consequences that in the past were considered to be borne only by society. For those reasons, it is not only within the scope of hospital operations to encourage efficient use of resources, it is also a societal obligation—as long as efforts to reduce cost are balanced with quality care goals. Stating such principles abstractly, however, provides no guidance on how such balance is to be achieved, or even what optimal balance means. And of course there is considerable inconsistency in how Medicare, for example, faces these social concerns: on one hand, the prospective payment system is deliberately designed to reduce the cost of inpatient care; on the other hand, Medicare itself is statutorily prohibited from considering costs in its coverage decisions.

So, what about Dr. Gowen? In this case, the tool that is used to promote cost consciousness by physicians is a list sent out to the hospital medical staff. As a promoter of cost containment, such a list provides feedback to individuals about their ordering styles, comparison with peers, and public pressure. Measurement and feedback are cornerstones for improvement, so their use is not controversial in this case. Indeed, one might instead criticize organizations that do not provide this sort of information. It establishes baselines and benchmarks, and it is the kind of information individuals can’t easily collect for themselves but organizations can. Would you want to be the kind of physician who did not want this information? Would you want your doctor to be the kind of doctor who did not want this information?

But there are at least three other elements to this situation that give reason for pause. First, the feedback wasn’t just disclosed to Dr. Gowen but was also distributed to her colleagues. Making the data transparent provides the potential to use peer pressure and “shaming” on the physicians. These approaches are not unprecedented; there are a variety of public report cards for physicians, including the Medicare Physician Compare website [7], and for many years many states have reported health care quality “scores” for individual physicians. Comparative health care pricing information, too, is slowly but increasingly entering the public domain. Rather than decry such trends, we should recognize that, if we are asking patients in high deductible health plans to make informed decisions about how much to spend on what elements of their care, comparative information on cost is as essential as comparative information on quality.

The problem with these efforts is that, even if they are well-meaning attempts to inform and improve behavior, evidence is lacking on their ultimate effects. Experience with publicly reported quality information is mixed. Public reporting of coronary artery bypass surgery mortality in New York State, for example, inadvertently led to a widening of racial health disparities for that procedure when surgeons avoided operating on nonwhite patients [8], perhaps because of a mistaken view that such patients had a higher risk of mortality and therefore were more likely to make them look bad. In Dr. Gowen’s case, public reporting (or peer shaming) of physicians in her hospital might lead to a detrimental race to the bottom in use of services or perverse deselection of patients to avoid those who are expected to incur high costs.

At the same time, we might take a step back and view this from a patient’s perspective. If hospitals have comparative information on the quality of physicians’ care, would we think it appropriate for them to keep thatinformation to themselves? There are clearly ways in which that information could be destructive if not thoughtfully presented, but we probably would not like the idea of maintaining a kind of conspiracy of silence about quality. Given that cost is also important, should we not have a similar view about comparative cost data? More generally, anyone arguing against transparency bears a heavy burden. In this case, however, the data were not disclosed to patients, only to other physicians. How can that be explained except as a way to induce peer pressure or shame?

Second, no mention is made about what is to be done with these data. Is the spreadsheet meant to be tied to compensation, to education or remediation, to removal from practice? What does it mean that those in the system must “do what we can?” as suggested by the e-mail message Dr. Gowen received? Paradoxically, the absence of any clear direction makes it seem even more ominous. Why not have some clear goals? And certainly those goals should not be merely cost-based but value-based—meaning that they should incorporate not just what services cost, but also what they deliver. Leaving that out lets the imagination wander to less defensible hospital goals.

Third, it seems as though this e-mail was the first time this issue was brought up, or at least it was not previously communicated effectively. Regardless of the ethical challenges (or even professional imperatives) of providing this information, an unanticipated broadcast e-mail was simply a clumsy and probably self-defeating way to do it. Based on the physician responses, such an approach seems likely to widen the distance between medical staff and hospital leadership and undermine the trust that is so essential for effective organizations. Such trust is particularly critical for addressing challenging issues like these that require significant cultural change.

So, how should Dr. Gowen respond? Of course, it is within her rights to voice her concerns about this policy. However, as an employee of a large organization, she most likely has less influence than she would have in a small practice. And of course her concerns would have seemed less self-serving had she had the opportunity to raise them before she was identified as an outlier. Indeed, that is one of the best reasons for discussing principles in the abstract from the start—to make sure there is a clear understanding of those principles, and their consequences, before they are implemented. Implementation is as important as innovation and, because of such poor implementation, the hospital is also weakened. A more considered approach might have revealed the hospital’s efforts as a thoughtful response to the important goal of being stewards of society’s collective resources. But a botched communication job, and nonparticipatory process, makes the medical staff reconsider the motives going forward. Everyone loses. 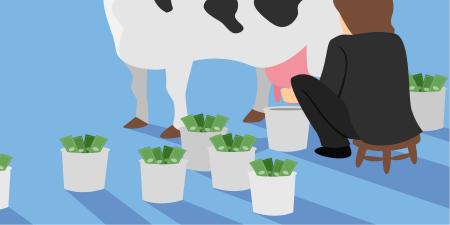 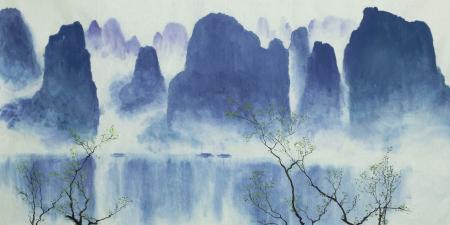 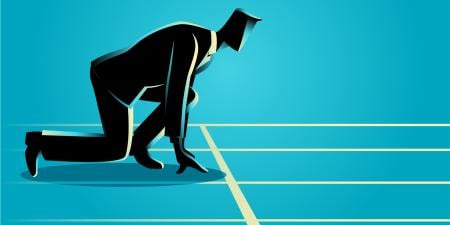 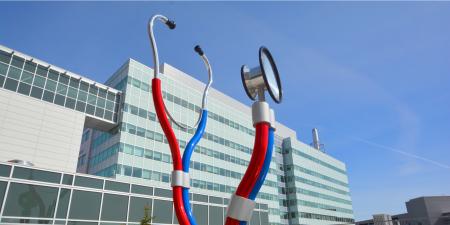