Physician-scientists, like all physicians, have duties that extend beyond realizing the medical and scientific possibilities of their field. Among these duties are moral and professional obligations to individual patients and their families, as well as responsibilities to employers, governments, and society as a whole. Their various responsibilities may give rise to significant tension if and when physicians are asked—or are ethically bound—to choose between them.

A major role of the AMA Code of Medical Ethics is to provide guidance for physicians in balancing these responsibilities when conflicts arise. For example, the potential for physicians' skills to be put to use that contravenes the profession's fundamental respect for human rights [1] is at the heart of existing opinions within the Code concerning physician involvement in torture [2], capital punishment [3], and court-initiated medical treatment in criminal cases [4].

Recent articles exploring potential pressures on physicians in the military to collude with inappropriate treatment of political detainees and prisoners of war [5] demonstrate the need for additional guidance in this area. With a "war on terror" abroad and efforts underway to prevent, or at least prepare for, possible future terrorist attacks at home, the conflicting obligations faced by physicians in the post-9/11 US are plentiful, and their ethical resolution critical to the well-being of society.

The threat of bioterrorism, for example, has placed renewed importance on the need for physician-scientists engaged in clinical or preclinical (ie, laboratory-based) research to balance their obligations to the advancement of science and medicine against the risk for nefarious application of their research findings. Consistent with its dedication to upholding medicine's social contract with humanity, the AMA has adopted a new policy to address this issue.

The notion that scientific inquiry is objective and therefore morally neutral—while still held by some—is no longer as entrenched as it once was. The power of science to change the nature of the world in which we live is increasingly taken as cause for moral reflection. Indeed, there is a growing acceptance within and beyond the scientific community that scientists have a responsibility to conduct research with the aim of improving, or at minimum preserving, the general welfare of society [6].

In furtherance of that aim, scientists must give due consideration to and accept responsibility, at least in part, for all foreseeable applications of their research and the potentially disastrous consequences thereof. Never has this been acknowledged more powerfully than by one of the scientists involved in the creation of the atomic bomb, J. Robert Oppenheimer, who reflected ruefully on his role in the Manhattan Project by paraphrasing the Bhagavad-Gita: "I am become Death, the destroyer of worlds" [7].

The destructive potential of scientific knowledge is by no means unique to atomic energy research. Research in many biomedical science disciplines (eg, microbiology, genetics, and immunology) can generate knowledge with the potential for malevolent application. The possibility that terrorists may take advantage of this "dual-use" nature of biomedical research to develop biological weapons (BW) recently led the US National Research Council to issue a report calling for increased reflection upon and oversight of potentially corruptible research [8].

Similarly, it was the threat of bioterrorism, and the potential for physician-scientists engaged in dual-use research to act as unwitting facilitators for such acts, that compelled the stewards of the Code, the AMA Council on Ethical and Judicial Affairs (CEJA), to elucidate physicians' social responsibilities with respect to their research endeavors.

The AMA on Biological Weapons and Dual-Use Research

In retrospect, it seems somewhat prophetic that biological weapons were on the AMA's radar, so to speak, before acts of terrorism in the US prompted national concerns over their future use. In May 2000, the AMA chose BW as the focal point for the Scientific Session of the 54th General Assembly of the World Medical Association (WMA), which was held in Washington, DC, in 2002. There, the AMA presented a policy statement to the WMA, delineating the medical profession's roles and responsibilities with respect to the threat of BW. Adopted as the WMA Declaration of Washington on Biological Weapons, the policy includes a section devoted to bioweapons research and medical ethics, in which it states: "Physicians who participate in biomedical research have a moral and ethical obligation to consider the implications of possible malicious use of their findings" [9].

In the interim, the US was victimized by the terrorist attacks of September 11, 2001, and by the postal dissemination of anthrax shortly thereafter. In the immediate wake of these attacks, in October 2001, CEJA initiated discussion on a report to address some of the unique ethical issues that physicians face with respect to bioterrorism. Later that same year, the AMA's House of Delegates (HOD) adopted the Declaration of Professional Responsibility: Medicine's Social Contract with Humanity, which cited terrorism and the dual-use potential of medical research, among other factors, as inducements for its formal reaffirmation of physicians' social responsibilities [10].

In June 2002, members of CEJA agreed to develop a report on the responsibilities of physicians engaged in biomedical research with the potential to endanger public health and safety [11]. Two years later, in June 2004, the HOD adopted as AMA policy the recommendations of the ensuing CEJA report, entitled Guidelines to Prevent Malevolent Use of Biomedical Research [12].

This new policy is not the AMA's first to direct physician-scientists' attention to their social responsibilities; a Code opinion issued in 2001 to guide physician-researchers experimenting with xenotransplantation, for example, compelled them to consider the uncertain risks posed by this new technology [13]. The new policy, however, broadens this guidance by applying the same standard—balancing the promise of benefit against potential harms—to all research endeavors, irrespective of their focus.

In doing so, this policy, when officially incorporated into the Code, will represent the Code's most comprehensive commentary on preclinical research activities to date. Most Code opinions aimed at physician-scientists concern research involving human subjects [14-21]. Among those opinions that don't relate to human subjects research, each deals with a specific type of preclinical research (eg, cloning for biomedical research) and its likely clinical applications [22-24]. The inclusiveness of the new guidelines is essential; it is imperative that all research—basic and clinical—be assessed for dual-use potential because the possible harmful applications of any scientific inquiry or innovation are not always obvious on the face of it. Knowledge gained through basic research on the human immune system, for example, could conceivably be utilized to design uniquely infectious pathogens for use in BW.

The new policy reiterates (though not in so many words) provisions found within existing clinical research guidelines in the Code [14], that ethical conduct in scientific research ultimately rests with the individual researcher. But, again paralleling a previous Code opinion [13], it also suggests that physician-scientists be involved in the development and implementation of guidelines and oversight for potentially risky research. This calls upon physicians to broaden their understanding of social responsibilities beyond monitoring their own research to setting standards for the actions of other researchers as well.

Finally, the new policy states that, in rare cases, there may be types of research that physician-scientists are morally prohibited from participating in, such as research that would directly contribute to the development of biological or chemical weapons. Implicit in this statement is an acknowledgment of another set of conflicting obligations that physician-scientists may face, namely duties to society imposed by the profession versus duty to the state (eg, a military research program). By precluding physicians' participation in the development of offensive biological weapons, the report echoes the firm tenor of previous opinions on capital punishment [3] and court-initiated medical treatments in criminal cases [4]; it holds that physicians must not, under any circumstances, act in ways that are antithetical to the fundamental principles of medicine.

The majority of the adopted recommendations that make up the new policy, however, do not deal with such direct involvement in unethical acts, focusing instead on the more likely possibility that a physician-scientist may unwittingly aid others in causing harm. In this, the new policy resembles the Code's existing opinion on physician involvement in torture [2], in which the prohibitions are not meant so much to address physicians' direct participation in human rights violations, but their role as facilitators, ie, using their medical skills and training to enable torture to take place or continue. Similarly, because the development and use of biological weapons would constitute a gross violation of international policy [25] and basic human rights, physicians are obliged to consider and mitigate, insofar as possible, the potential that their research endeavors be applied to harmful purposes by others. 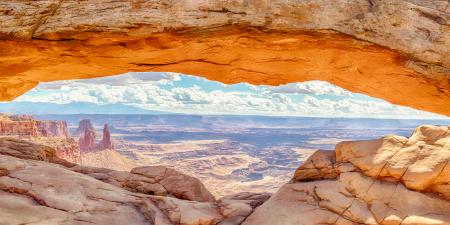 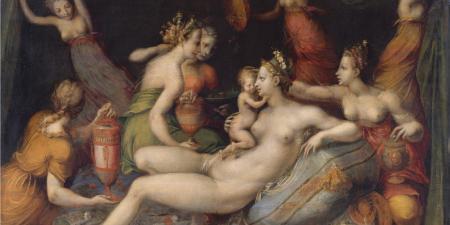