We review Kevin Chung and colleagues’ 2009 Plastic and Reconstructive Surgery article, “A Systematic Review of Ethical Principles in the Plastic Surgery Literature,” which shows that only 110 of the more than 100,000 plastic surgery articles clearly focus on ethical principles. The four fundamental ethical principles (i.e., respect for autonomy, beneficence, nonmaleficence, and justice) were differentially emphasized, with respect for autonomy being most common. Despite the number of ethical issues faced by plastic surgeons, this systematic review found that a relatively small fraction of the plastic surgery literature has focused on ethical principles. Here, we highlight the importance of this analysis and discuss how its findings might be extrapolated from plastic surgery ethics to surgical ethics writ large.

From the days of plastic surgery pioneers Sushruta [1], Gaspare Tagliacozzi [2], and, more recently, Joseph Murray [3], to the present, the field of plastic and reconstructive surgery has progressed rapidly. The proliferation of innovative procedures and treatments has led to novel and distinct ethical challenges. In 2009, Chung et al. embarked on a systematic review of ethical principles in the plastic surgery literature [4]. Interestingly, despite the number and complexity of ethical dilemmas faced by plastic surgeons, Chung et al. found a relatively small proportion of articles in the plastic surgery literature focused on ethical issues.

Plastic surgeons care for patients with critical illness (e.g., advanced malignancy, necrotizing soft tissue infections, severe burns, or traumatic amputations), those seeking cosmetic improvement, children with congenital anomalies, and patients for whom face or hand transplantation is being considered, among others. Due to the diversity and complexity of cases treated, plastic surgeons are often confronted with significant ethical challenges. Common plastic surgery ethical dilemmas include: weighing the risks and benefits of and obtaining informed consent for elective cosmetic surgery in otherwise healthy people, devising a moral strategy for marketing aesthetic surgery, considering a fair price to charge for services not covered by insurance, and addressing concerns about identity and the risks of immunosuppression when considering facial transplantation. Here we examine the ethical principles applied by plastic surgeons to address the first three of these dilemmas and argue that these ethical principles can inform surgical ethics writ large. Indeed, constantly contemplating and wrestling with the four core ethical principles examined by Chung et al. [4] is what distinguishes ethical surgeons from unscrupulous surgeons.

As noted by Chung et al. [1], medical ethics in the United States most commonly adheres to the moral theory of principlism, first described by Beauchamp and Childress in 1979 [5]. Within this framework, reasoning about ethical issues is based upon four moral principles: respect for autonomy, beneficence, nonmaleficence, and justice. Respect for autonomy describes a patient’s right to self-determination and self-governance and to accept or refuse care. Beneficence is the principle that one ought to do and promote good for the patient while preventing harm. Nonmaleficence dictates that a physician must not intentionally inflict harm on a patient. Distributive justice dictates that patients be treated similarly and fairly, with the result that benefits, risks, and costs are equally distributed among them. Plastic surgeons must carefully consider these principles when caring for patients.

In the plastic surgery literature, these four core principles are not given equal attention. Chung et al. found that the most common principle discussed in the plastic surgery literature is respect for autonomy [4]. Respect for autonomy encompasses discussions of informed consent for procedures, photography, and marketing, all of which are particularly important within the field of plastic surgery where before-and-after images are foundational to patient understanding and evaluation of a surgeon’s outcomes. The next most common theme to receive attention is beneficence [4]. Conversations of risks and benefits fall within the purview of both respect for autonomy and beneficence. Often related to beneficence is nonmaleficence, which is the third most common principle discussed [4]. Distributive justice in plastic surgery is considered least often but still is an important ethical principle in the practice of medicine [4]. Below we discuss applications of these principles.

Informed consent in plastic surgery. Patients trust surgeons and look to them for guidance about the range of treatment options and recommendations. Surgical informed consent is a cornerstone of the patient-physician relationship and an important expression of respect for patient autonomy. For example, discussion of the treatment risks and benefits and alternatives—including the risks and benefits of the alternatives—is an integral part of the informed consent process. For surgeons of all specialties, including plastic surgery, informed consent should be a process rather than simply an event culminating with a patient’s or surrogate’s signature on an authorization form. The need for a process tailored to individual patients is suggested by evidence that postoperative patients’ retention of information about risks is limited [6]. Evidence also suggests that how long surgeons spend obtaining informed consent matters to comprehension and is highly variable [7].

Unique ethical concerns in plastic surgery. Plastic surgeons, more so than other physicians and surgeons, contend with the effects of “reality television” on patients’ expectations, particularly cosmetic surgical patients’ expectations [10, 11]. Ethical concerns arising from reality television include misrepresentation and misunderstanding of surgical risks and outcomes, which affect the informed consent process and thus respect for autonomy; the surgeon must provide realistic odds regarding the likelihood of obtaining the desired result to the patient. Increasingly, surgeons and physicians in other specialties are advertising and marketing their services [12]. It would behoove those who are taking part in such activities to look to the plastic surgery literature for guidance on appropriate practices. The American Society of Plastic Surgeons, which is the largest plastic surgery specialty organization in the world, has published a Code of Ethics that details accepted practices with respect to advertising, solicitation, and more [13]. For example, if models used in advertisements have not undergone the procedure being advertised, it must be clearly stated that the model has not received the advertised services. In addition, one should not solicit or initiate contact with a potential patient if it is apparent that this person is unable to exercise reasonable judgement in deciding whether to employ the physician’s services [13].

Conflict of interests. A further ethical concern is the selection of surgical procedures offered and the financial conflicts of interest the plastic surgeon encounters [14]. In cosmetic surgery, patients seek guidance regarding the best procedure to improve a specific concern. Unbeknownst to the patient—and potentially the surgeon—are competing factors that might influence the surgeon’s recommendation. For example, a patient with significant rhytids (wrinkles) might seek advice on enhancement. It is the surgeon’s ethical obligation to offer what he or she believes would provide the best outcome as well as reasonable alternatives. However, various options can be associated with significantly different levels of remuneration (e.g., traditional facelift versus hyaluronic acid filler injection). In many other areas of surgery, by contrast, there is only one appropriate surgical option (e.g., an appendectomy for appendicitis). The plastic surgeon should provide to a patient all potential options and offer a recommendation based on evidence and not his or her own financial interest. In the current health care climate, which includes decreasing and delayed reimbursement and increasing administrative burden, remuneration (whether in the form of cash, relative value units (or other compensation) is a potential factor that competes with a patient’s best interests [15]. Since plastic surgeons experience this ethical dilemma more frequently than physicians in other specialties, surgeons in other disciplines could learn from plastic surgeons’ approaches to informed consent and expectation-management communication techniques. Just as plastic surgeons must provide all reasonable options regardless of remuneration and make a recommendation based on optimal patient care rather than competing interests such as compensation, all surgeons must provide and recommend the full range of treatment options that will serve the best interests of their patients (for instance, antibiotics as an alternative to appendectomy).

The Difference between Can and Should

A final point that warrants discussion is an issue that frequently arises in plastic surgery— balancing respect for patient autonomy against nonmaleficence. Plastic surgeons often receive requests for an operation by a patient who believes that it will provide improvement, although the surgeon disagrees. Consider a patient with body dysmorphic disorder (BDD). BDD is a psychiatric illness that consists of an obsession or preoccupation with a minor or nonexistent flaw in physical appearance that leads to significant distress [16]. It affects 1-2 percent of the general population but may be 15 times more prevalent in plastic surgery patients [17]. These patients might have previously undergone multiple procedures to address their concern without perceiving improvement and could have unrealistic expectations. In many cases, a procedure in question could be medically indicated (e.g., septorhinoplasty for dorsal hump or septal deviation). However, recognizing that the procedure would likely be insufficient to meet the goals of a patient with BDD, a plastic surgeon ought not to perform the operation, because mutually understood and agreeable expectations cannot be established within the patient-surgeon relationship. That is, just because one can perform an operation, which might or might not be medically indicated, does not mean one should perform an operation [18].

This scenario is not exclusive to cases in which the patient suffers from psychiatric illness. Consider the morbidly obese patient who comes to the plastic surgeon for lipoabdominoplasty with the expectation that it will significantly improve body habitus and obesity-induced comorbidities. While the surgeon can legally offer the procedure and receive compensation, a responsible physician would recognize that it would not achieve the desired result and the alternative of bariatric surgery, perhaps later followed by body contouring procedures after weight loss, would be more clinically appropriate. To reiterate, simply because an autonomous patient with decision-making capacity requests a procedure does not imply that it would be ethically sound to perform the procedure on that particular patient.

This ethical principle, in which can and should ought to be separated and considered independently, should be applied to other surgical disciplines. For example, in a patient with head and neck cancer with distant metastases, an otolaryngologist could operate to remove the patient’s cancerous lesion, but having this ability does not mean that he or she should do so, since it would not be likely to alter the patient’s terminal prognosis, could add a significant morbidity and mortality risk, and would entail a recovery period that at least temporarily precludes systemic cancer therapy.

Another example illustrating when can should not imply should arises in the case of a brain-dead patient who suffered an intracranial bleed resulting in uncal herniation and cessation of neurologic activity. Family members might mistakenly believe that performing a neurosurgical procedure to reduce intracranial pressure would improve the patient’s condition. While the consulting neurosurgeon could offer a hemicraniectomy in order to fulfill the family’s wishes, doing so would be unethical because the patient is brain dead; the procedure cannot change that outcome.

Cases like these suggest that expressing respect for patient autonomy is central to the practice of ethical medical care but that patient autonomy should not be regarded as sufficient to compel a surgeon to perform an operation that is not clinically indicated. Surgeons, too, have autonomy— professional autonomy—which should be exercised carefully when deciding whether to perform a requested procedure. This decision, like all others in health care, should be made with the core ethical principles discussed here.

An Argument for Patient Autonomy in Elective Surgery

When Is Advertising a Plastic Surgeon’s Individual “Brand” Unethical?

How Should Risk Managers Respond to Cases for Which No Risk Profile Exists? 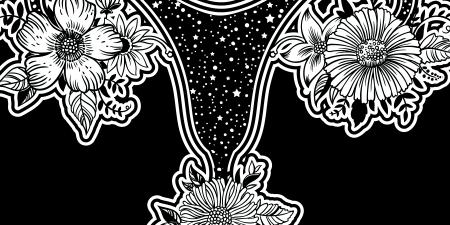 What Should Be the Surgeon’s Role in Defining “Normal” Genital Appearance? 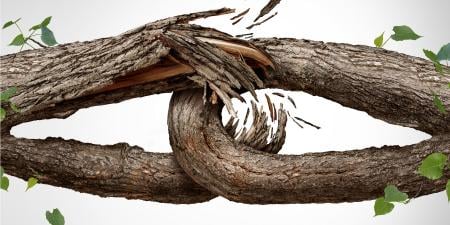 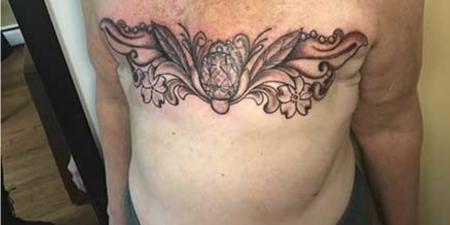 How Tattoos Can Complement Breast Reconstruction 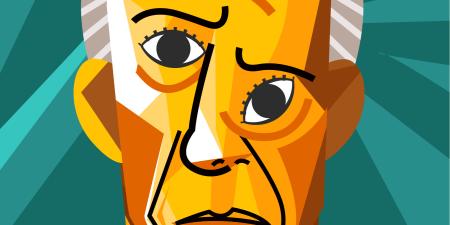