Mrs. Smith arrived at the clinic nearly 30 minutes late. Patty, the nurse at the front desk, watched her enter. Mrs. Smith's 10-year-old daughter was whining and grasping at her sides while her adolescent son ineffectually instructed the little girl to "stop it or else." When Mrs. Smith came into full view, it was obvious that she was pregnant.

Dr. Daniels quickly glanced over Mrs. Smith's chart before entering the exam room and saw that her last recorded visit was a routine postpartum care appointment nearly one decade prior.

Dr. Daniels greeted Mrs. Smith with a warm smile that had come to be one of her trademarks. "What brings you to clinic today?" she began.

Throughout the course of the interview, it became clear to Dr. Daniels that this pregnancy meant a great deal to Mrs. Smith. She had recently remarried and was carrying the child of her new husband, who was also extremely excited about the recent developments. When Dr. Daniels probed to find if Mrs. Smith had been receiving any form of health care since her last clinic visit, Mrs. Smith disclosed sheepishly that she had been battling unemployment intermittently and had only recently regained her health insurance.

Dr. Daniels then finished the interview. "Today we'll draw blood, do a urinalysis, and perform a Pap smear along with your exam. Then we'll schedule an ultrasound to confirm your dates and ensure that the pregnancy is proceeding normally. Do you have any questions or concerns for me?"

Mrs. Smith did not.

They proceeded with the physical exam. Dr. Daniels was alarmed to find several suspicious lesions involving the cervix, so she told Mrs. Smith that in addition to the Pap smear she would likely need to biopsy these sites.

"What do you mean, 'abnormal cells?' Are you saying that I have cancer?" interrupted Mrs. Smith. "How will that affect my baby?"

"Well," began Dr. Daniels, "if a pregnant woman is found to have very early stage disease, most physicians are comfortable delaying interventions until after delivery regardless of how far along in the pregnancy you are. For late stage cancers, we generally recommend that treatment-which might include hysterectomy-begin immediately, again, regardless of the stage of pregnancy. I'd like to do a few more tests today, and we'll go from there."

One week later Dr. Daniels had to deliver the news to Mrs. Smith that she had stage II cancer and discuss with Mrs. Smith her treatment options and their affect on her pregnancy.

Mrs. Smith states that she believes she is "probably almost five months along," and there is no data given about the results of the ultrasound performed by Dr. Daniels to confirm gestational age of the fetus. For purposes of this discussion I will assume that the gestational age is 20 weeks. At this time Mrs. Smith has also been found to have stage II cancer of the cervix, which means that the cancer has spread beyond the cervix but has not reached the pelvic side walls or extended beyond the upper one-third of the vagina. The five-year survival rate for this stage of cancer in nonpregnant women managed with either radical hysterectomy or radiation therapy (both of which are considered standard of care) is 64 percent [1]. We are also told that Mrs. Smith, who has a 10-year-old daughter and adolescent son from a previous marriage, had recently remarried and was pleased that she was pregnant. This, then, is a "wanted pregnancy."

The standard advice currently given to women who have stage II cancer of the cervix discovered at 20 weeks' gestation is to commence treatment immediately, either with radiation or radical hysterectomy. Both treatments, however, result in the death of the fetus. If Mr. and Mrs. Smith decide on this course of action, they face the loss of their child-to-be, and Mrs. Smith will no longer have the ability to become pregnant. Alternatively, the Smiths can delay treatment until after the delivery of the baby. Given the relatively lenient requirements for receiving an abortion for medical reasons and the standard of care for women with stage II cancer of the cervix at 20 weeks' gestation, there would be no legal restrictions on Mrs. Smith's terminating the pregnancy either before or during treatment of her cancer.

The major ethical principle involved in this situation is respect for autonomy [2]. It is essential that the patient's right to make an informed decision be supported by her physician and other health care givers. Respecting the patient's autonomy means that the physician must give Mrs. Smith the best possible information about the risks and benefits of the treatment options and that this information should be provided in an unbiased manner.

Nondirective counseling is very difficult, if not, in fact, an oxymoron. The information that is provided by a physician who has much more medical knowledge than the average patient, and the emphasis that he puts on that information, influence the patient's decision making. For example, a male ob-gyn who sees the consequences of cancer of the cervix daily, may counsel the patient from a perspective that is different from that of, let's say, a nurse who is opposed to abortion and who is personally dealing with infertility. Nevertheless, all of those who counsel Mrs. Smith must deal with the fundamental issue of balancing the value of her child-to-be against the possible (but largely unknown) harmful effects on her own mortality risk by temporarily delaying treatment of her cancer.

To counsel the patient from a perspective of optimism and hope, it would be safe to say to the Smiths that, given the information we have about the lack of adverse effects from delaying treatment for stage I cancer of the cervix in pregnancy, it is reasonable to believe that a delay of treatment for stage II cancer would have a similarly benign effect. This counseling might draw attention to the benefits of having a son or daughter for Mrs. Smith and her husband.

To counsel the patient from a perspective of caution and reserve, it would be reasonable to emphasize that the standard of care practiced by many ob-gyns is to begin treatment without delay in the interest of giving Mrs. Smith the best prognosis, even though it involves the loss of her child-to-be and her child-bearing potential. This counseling would draw attention to the importance of Mrs. Smith's having the best chance of continuing her life with her children and her husband. It is also appropriate to mention here the option of using chemotherapy during pregnancy. The physician, however, must stress that it is a new treatment option and not yet the standard of care.

The counseling that best respects Mrs. Smith's autonomy includes both of these perspectives. Above all it is essential that the Smiths be given as much information as possible about patients with stage II cancer of the cervix during pregnancy, including what is known and what is unknown about the disease and the treatments.

If Mrs. Smith chooses to delay treatment, she faces another decision to be made by her and her health care team that, again, weighs benefits for her health against maximum benefit for her infant: the timing of delivery. Some will recommend delivery of the infant at the earliest sign of lung maturity as determined by tests on amniotic fluid in order to shorten Mrs. Smith's treatment delay. This sense of urgency (on behalf of possible reduction of risk for Mrs. Smith) must be tempered with the knowledge that the closer the gestational age can get to 40 weeks, the lower the newborn's risk for developing serious respiratory disease and other complications, especially when an elective cesarean delivery is performed, which is usually the recommended method of delivery in patients with cervical cancer.

A final ethical issue in this matter is the right of Mrs. Smith's physicians to conscientiously object to certain treatment options. One or more of them might have reservations about induced abortion and, in light of the uncertain prognosis of a delay in treatment, might oppose any intervention that resulted in the termination of pregnancy before a gestational age compatible with newborn survival. It is imperative that physicians and all health care givers make their views known on sanctity of life and induced abortion upfront. Doing so allows time for Mrs. Smith's care to be transferred to another qualified professional if her decisions cannot be carried out.

How Should Physicians in Low- and Middle-Income Countries Regard Electronic Nicotine Delivery Systems to Facilitate Smoking Cessation? 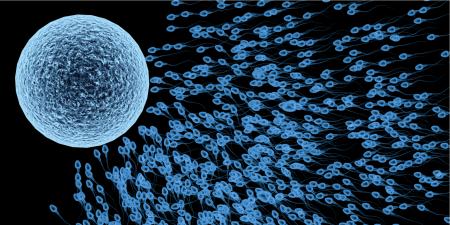