When medical educators first suggested including the arts and humanities in the traditional medical curriculum about two decades ago, there was no precedent for such inclusion, and the proposal felt more radical than it was. Not since the 1910 publication of the Flexner report, which issued a ringing condemnation of the state of education at most medical schools at the time, had the curriculum faced such seemingly far-afield innovation. But at least Flexner, in seeking the death of commercial medical schools and urging the linkage of schools with established universities, set American medicine on a course compatible with the burgeoning enthusiasm for scientific discovery [1]. By contrast, the concept of the medical humanities felt surprising, displaced, possibly irrelevant, ego-dystonic, as it were. There is a perception, even now, that the idea of the medical humanities is something that appeals only to a fraction of left-wing academics who, in the absence of data or proof, are postulating a change that would take place at the expense of teaching more valuable subject material.

Advocates of the medical humanities believe that Flexner’s infatuation with the “hyper-rational world of German medicine created an excellence in science that was not balanced by a comparable excellence in clinical caring” [2]. They point to breaches of professional ideals seen in incidents like the Tuskegee experiments and the treatment of Henrietta Lacks, to the dissipation of empathy and physician burnout and suicide, and to students who look at the mammoth task of memorizing arcane facts and protocols for each standardized exam and feel disappointed, as though they are being turned into technicians and nothing more—and they demand better. They do not believe that humanities courses are attempts to enhance personal characteristics that—according to the “therapeutic” critique of medical humanities—are already formed and unchangeable in medical students and residents [3]. These advocates would ground us and bring us back to human sensibility using tools such as art, literature, and music, so that we might address, regard, and respond differently to the people we aim to heal, so that a patient’s presence before us could become for us a moral occasion, a measure of our moral life as it is lived moment to moment [4].

In calling for a new Flexner-esque report that would broaden the focus of medical education and supplement practice-based learning with courses in patient communication, medical ethics, and medical humanities, we decided to sample the diverse perspectives held by experts in medical education. The physician and trainees who have come together in this issue of Virtual Mentor share an ever-growing sense that medical education—and the practice of medicine—would flourish if student and resident learning took place within a culture infused with the study of art and literature. We share the belief that the medical humanities differs from bioethics and medical ethics; they represent distinctly different ways of analyzing information, viewing the world, confronting dilemmas, and teaching students. Despite our shared sensibility and beliefs, a need exists for evaluation of the utility of medical humanities programs. This need is discussed in the three ethics cases that lead off the issue.

Carolyn Gaebler and Lisa Lehmann take on the case of a young medical student coming to grips with the question of how his peers respond to medical humanities courses and how those courses should be graded. Gaebler and Lehmann question whether grading is the only way medical schools can communicate their priorities to students. Johanna Shapiro and Joel Shallit discuss whether forcing residents to take a break from their clinical duties and trek over to the local museum is an attempt to force-feed empathy to unwilling participants. Do such exercises really address the problem of physician burnout? In her commentary, Rimma Osipov explores the case of a young physician scientist who bristles at the idea of having to take medical humanities courses when he does not plan to become a clinician. Osipov discusses the need for a new “multicultural, multilingual investigator” who can fluently translate the languages of basic science, clinical activity, and public policy and communicate with collaborators, community partners, and patients who may have radically different conceptions of the problem being studied.

In separate articles, David Jones and Joel T. Katz grapple with the fundamental question: what can the arts and humanities offer medicine? David Jones asks why humanities advocates are challenged to prove the value of art and the humanities educating physicians. “No one asks for evidence that surgery rotations improve measurable endpoints in the majority of students who do not become surgeons,” he points out. Katz tackles the issue through the lens of a residency director of a leading internal medicine program, acknowledging that, while many humanist traits (compassion, patience, professionalism) are hard to measure, perhaps we can look to clinical outcomes in programs where the humanities have been inculcated into the training. Are patients actually faring better? If so, can we postulate a causative connection?

Two essays deal directly and practically with the timing of humanities education. In his essay, Nicholas Kluesner meditates on the question of where in the continuum of medical education—premedical, medical school, residency—the need for integration of humanities with science coursework is greatest. David Muller describes the evolution of Mount Sinai’s HuMed program to recruit humanities majors in their sophomore year of college, freeing them from academic requirements such as the MCAT so they can immerse themselves more in their chosen disciplines. According to Muller, HuMed scholars have shown no statistically significant difference from traditional students in test results or residency placement.

Therese Jones describes the evolution and structure of the arts and humanities program at the University of Colorado’s Anschutz Medical Campus. The program is singular in its wide and comprehensive scope, intersecting with the curricula of medical school, pharmacy school, nursing school, and physical therapy, among others, in a cohesive way, using the humanities as the binding glue.

Macey Henderson and Jennifer Chevinsky discuss the importance of media narratives in informing the public about controversies in medical ethics. Their essay illustrates how a powerful media narrative not only helped a young girl with cystic fibrosis receive a lung transplant that saved her life but caused the Department of Health and Human Services to take a close look at pediatric organ donation policy. But can narratives have ethical force? Faith L. Lagay reviews a journal article by Howard Brody and Mark Clark that lays out rigorous conditions for comparative critiquing of the narratives that guide our action and decision making.

The four essays that end the issue show directly how images, art, music, and religion can improve patient care and physician self-care. Sarah Leavitt talks about producing a comic book description of her mother’s journey through Alzheimer disease, arguing that comics “break down narrative events into their most necessary moments” to ably convey complicated stories and intense emotion. Laura Safar maps the progress of dementia through her artist-patient’s self-portraits. Safar re-introduced art therapy to her patient, which reawakened the patient’s identity as an artist.

In discussing an ancient Talmudic aphorism, “The best of doctors go to hell,” Andrea Schwartz describes her search to understand this cryptic statement through a long and rich history of interpretation. Over the course of her residency training, Schwartz kept returning to this phrase in diverse settings, uncovering new interpretations and finding that it had the ability to spark astounding conversations about what it means to be a “good doctor.” Finally, Lisa Wong, pediatrician and symphony orchestra director, discusses what it is that musicianship can bring to doctoring, by elaborating on the beautiful and unusual friendship between famed surgeon Dr. Theodor Billroth and composer Johannes Brahms.

Thank you for dipping into this issue of Virtual Mentor. We hope that we’ve succeeded in defining the scope of and awakening your interest in the medical humanities. 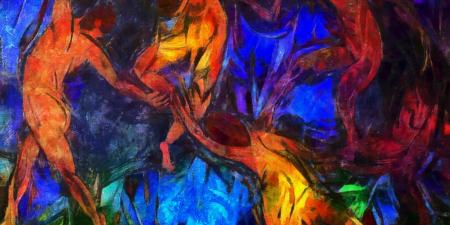 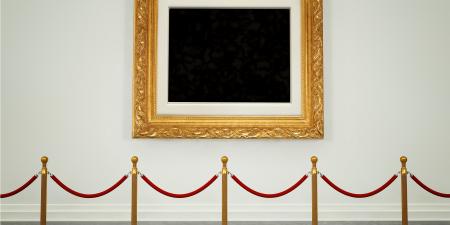 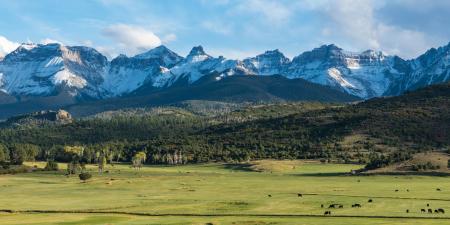