Terrorist attack, robbery, rape, and assault are a few of the many extreme stressors known to induce posttraumatic stress disorder (PTSD). PTSD is described in the Diagnostic and Statistical Manual of Mental Disorders, 4th ed. as "persistent reexperiencing of [a] traumatic event, persistent avoidance of stimuli associated with the trauma...and persistent symptoms of increased arousal" [1]. According to the National Institute of Mental Health, approximately 7.7 million adult Americans suffer from PTSD, with women about twice as likely to be affected [2, 3]. Studies have shown that anywhere from 3 to 58 percent of individuals who suffer an extreme traumatic stressor go on to develop PTSD [1].

Research in neuroscience and neuropharmacology suggests that medicine might be able to break the connection between trauma and PTSD. The degree to which memories—including memory of trauma—are encoded and consolidated determines their strength. Extremely traumatic events are thought to stimulate a large release of epinephrine and norepinephrine (NE), neurotransmitters that cause over-consolidation of the corresponding memory [4]. PTSD sufferers persistently have too much NE and too great a response to it, likely adding to their chronic symptoms [5]. The effect on PTSD of several drugs that modify the noradrenergic system (the system that uses norepinephrine as its neurotransmitter) has been examined, with the most successful results from the beta-blocker propranolol. Several studies have shown that if propranolol is administered shortly before exposure to a traumatic story, subsequent recall of the event is attenuated when compared to the recollection of a control group [6-8]. Other studies have demonstrated decreased incidences of PTSD in traumatized patients who took propranolol compared with those who received a placebo [9-10]. Encouraging early results have prompted ethical concerns over the use of drugs like propranolol to modify memory.

Liao and Sandberg examine the potential effects of propranolol and other hypothetical memory-modifying technologies (MMTs) through the lens of normative values. Their first concern is truthfulness. Modifying our memories may alter what we believe to be true. Consider a soldier who uses propranolol before battle. By reducing the emotional strength of his memory, the soldier "may come to remember and believe that he did not really want to kill the enemy, when in fact he lusted after the killing" [11]. Indeed, modifying our memories may alter what we think of our core selves. Would John McCain consider himself a maverick if he did not have strong memories of voting against his party? Of course there are situations where not remembering an event or remembering it differently would be therapeutic. And if a person's core self had been formed by bad memories, perhaps modifying them would allow the expression of his or her true identity. We constantly construct ourselves from memories that are largely inaccurate, biased, or even false. Would modifying a few memories really change our narrative identities?

The second area of concern is appropriate moral reaction. In contemplating committing a crime, "the appropriate moral reaction is to feel guilt and repugnance" [12]. Liao and Sandberg argue that weakening the emotional memories of such situations could alter one's response. Diminished guilt might allow a person to commit the crime and not feel the regret that normally follows. Could criminals strategically take propranolol before their crimes?

Related to moral response is the idea of moral obligation. A victim of a crime may have a duty to society to remember the event to assist in prosecution of the perpetrator. A Holocaust survivor may have a duty to remember the experience for the sake of humankind, even though the memory is horrifying. Here the authors ask whether it is enough to remember simply the facts of an event or must one retain the emotional component also. If only the facts were necessary, (e.g., to identify one's assailant) propranolol could be used to attenuate the associated emotional burden. Finally, the authors raise the connection between agency and self-knowledge. We often learn most about ourselves and respect ourselves as independent agents when we relive difficult or traumatic memories. Would pharmacologically avoiding unpleasant memories hinder our self-growth?

Liao and Sandberg conclude that individuals should be able to choose whether they wish to use MMTs such as propranolol. When the choice does not harm themselves or others, "it is up to individuals to determine the relative weightings of these different values of well-being and how much they would allow MMTs to affect these values" [13].

Henry, Fishman, and Youngner [14] take a different approach to propranolol and PTSD by focusing on rebutting arguments put forth by The President's Council on Bioethics [15]—points that cannot be fully addressed in this review. Some of the council's concerns were the same as those mentioned by Liao and Sandberg, namely appropriate moral reaction, moral obligation (i.e., the duty to remember), and self-knowledge. Henry et al. argue that most of these concerns remain hypothetical and should not stand in the way of further research with propranolol. Conceding that the competence of a patient or research subject to give informed consent may be diminished in the immediate aftermath of a psychic trauma, the authors remind us that patients are still regarded as competent to accept general medical diagnosis and treatment, thus dismissing the need for special consideration. In response to this point, Tenenbaum and Reese offer another point of view—that propanolol, when taken to attenuate memory, necessarily "creates a conflict between the interests of the individual and those of society" [16]. They propose that patients be informed of the possible social consequences of their actions, such as diminishing their effectiveness as a court witness during the informed-consent process [17].

Finally, Henry and colleagues worry that if memory-attenuating drugs like propronalol prove effective, bad memories will be over-medicalized and exploited by the pharmaceutical industry. The authors enumerate several examples of normal conditions that have come under the "medical gaze" in modern society, including childbirth and menopause, and imply that PTSD is undergoing that same change, through the combined forces of physicians, patients who desire recognition for their suffering, and pharmaceutical companies. The authors claim that the pharmaceutical industry plays a key role in promoting the expansion and coding of diagnoses to increases sales, and they warn that propranolol may be ripe for pharmaceutical rebranding. A rebranding would not only create a more expensive formulation of a generic drug (impeding equitable distribution) but would further medicalize human suffering. Henry et al. fear that our conception of what constitutes a trauma would be expanded to serve the financial needs of Big Pharma, altering our sense of PTSD and our interpretations of the experiences that might cause it.

The common ground between the Liao and Sandberg and Henry et al. articles illustrates that the ethical questions raised by memory modification differ from those of other drug therapies and deserve contemplation. Questions about modifying memory—like other questions in the emerging field of neuroethics—will only grow as we learn more ways to manipulate the organ that most makes us who we are [18]. The articles share a belief that research on propranolol should proceed. Ethical challenges should not bring scientific investigation to a halt, they say. Rather, the rich debate that surrounds these questions should propel us forward in an ethically responsible way.

The position of these two teams of authors is not above scrutiny, however. In responding to the Henry et al. article, Leah Rosenberg challenges the arguments against the use of MMTs, charging that they "rest upon the implicit assumption that retained memories have intrinsic value" [19]. This intrinsic value is by no means obvious, says Rosenberg, especially in the case of PTSD. The value and meaning of any memory comes from the person whose memory it is. The same traumatic event may cause one person to change his or her life for the better, while inducing a crippling disorder in another. What value does the latter sort of memory really have to society?

It is often argued that "working through" a traumatic memory has value—the self-knowledge thesis put forth by Liao and Sandberg. Can we say the same about the value of working through a physical illness without medication—that it could be a real character builder? Neurologist and author Oliver Sacks often writes about the remarkable personal adaptations and transformations his patients undergo as a result of living with their neurologic disorders [20]. As a future neurologist myself, I have begun to witness similar stories. I treated a patient with Guillain-Barre disease who spent 90 days in the hospital. His personal transformation was truly amazing to witness as he fought the disease. If I had a drug that could cure Guillain-Barre and prevent the associated protracted suffering, however, I would use it in a heartbeat.

Once we gain the ability to treat a given type of human suffering, we usually do so, even though the suffering may have been "medicalized" from a previously normal state. In the future, neuroethical arguments will become increasingly complex and should be debated. Through the debate, patient interest should retain highest priority. Patients should be made aware of possible consequences to their therapy decisions and allowed to consent or refuse treatment. 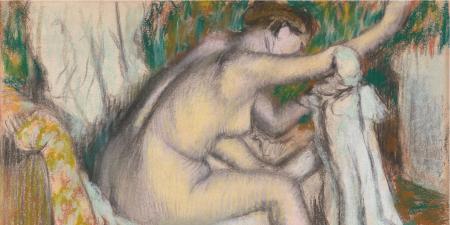 A Larger Role for Preventive Medicine 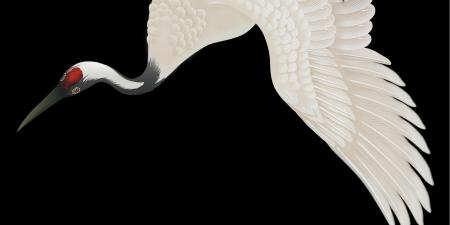