Happiness has long been recognized as one of the central aims of life. It is not surprising that for centuries humans have been using mood-altering agents, such as alcohol and opiates, to aid in their pursuit of happiness. Since the 1950s, psychiatrists have treated mental illness with tricyclics and monoamine-oxidase inhibitors (MAOIs), and in 1987 fluoxetine was developed as the first selective serotonin reuptake inhibitor (SSRI) to combat depression. With rapid advances in neuroscience and biotechnology contributing new and powerful mood-controlling agents, questions regarding the acceptable prescription and use of such agents are prompting heated debate. The term "cosmetic psychopharmacology"—first coined by Peter Kramer in his 1993 bestseller Listening to Prozac [1]—refers to the use of psychoactive substances to effect changes in function for individuals without clinical diagnoses. Such use raises questions about what qualifies as a cosmetic use of a psychoactive drug and whether physicians prescribing psychopharmaceuticals for cosmetic purposes are acting within the boundaries of their proper role as physicians.

In a sophisticated discussion of cosmetic psychopharmacology, Pamela Bjorklund addresses these questions and comes to some surprising conclusions. After examining the definitional boundaries of several crucial distinctions, such as health versus illness and clinical versus cosmetic, Bjorklund argues that many practices typically classified as cosmetic psychopharmacology are in fact either variations of legitimate clinical practices or clear examples of substandard care. Finally, she examines nuanced cases where the classification is less clear. After discussing the nature of suffering as it relates to clinical illness rather than to existential crisis, she concludes that, even in the absence of a clear classification and underlying etiology for clinical depression, treating subclinical cases of mental illness should be considered clinical, not cosmetic, psychopharmacology.

Consider the following three cases adapted from examples presented by Sperry and Prosen [2]:

Luis is generally considered by his family and friends to be an outgoing and likeable man. In recent months, Luis' disposition has changed for the worse. He is angry and irritable with his wife and children. He is often anxious and restless, unable to get a full night's sleep. Luis demonstrates several of the symptoms for clinical depression, but according to Sperry and Prosen, he does not cross the clinical threshold as set forth by the Diagnostic and Statistical Manual for Mental Disorders (DSM-IV) [3]. Luis sees a psychiatrist and requests fluoxetine.

Since childhood, Linda has been shy and despondent. Regardless of changes in her life circumstances, her mood always reflects some degree of melancholia. Friends and family characterize her temperament as negative and gloomy. After developing an interest in meditation, Linda realizes that her constant dysthymia interferes with her ability to meditate. She requests an SSRI to help alleviate the problem.

Larry considers himself to be healthy and fairly normal mentally and emotionally. Every now and then he has episodes of pessimism and melancholy, but he eventually returns to his normal temperament of quiet happiness. He is neither gregarious nor diffident. Larry is a car salesman and he believes that fluoxetine will improve his personality and help him become more effective in his job.

Which, if any, of these examples constitutes the cosmetic use of an antidepressant? Bjorklund argues that this question hinges largely on how we differentiate the "clinical" from the "cosmetic," an especially blurry distinction in mental health. The etiology and biochemical markers of mental disorders are tenuously defined, and it is sometimes difficult to distinguish illness or disorder from normal mental states. A normal depressed mood must be distinguished from clinical depression, and both must be differentiated from a melancholic temperament. Further, depression is never simply biological; it results not only from physiological dysfunction but also from the interaction of psychological, social and environmental conditions with an individual's biological dispositions. This vague taxonomy is reflected in the diagnostic method used by most mental health professionals, which depends almost exclusively on observable psychological, physiological and behavioral signs, symptoms and clusters to identify and diagnose illnesses [3]. Thus, according to the original definition, all three of the examples above constitute the cosmetic use of an antidepressant; none of the individuals has a clinical diagnosis (i.e., they are all either normal or subclinically variant).

Working at the Margins

Bjorklund challenges simplistic applications of the term cosmetic psychopharmacology. She argues that the concepts of health and illness—and thus the concepts of cosmetic and clinical—are neither binary nor mutually exclusive; instead they lie on a complicated continuum where "health slides into illness and illness slips back into health almost imperceptibly" [4]. Additionally, Bjorklund sees disorder (and mental disorder in particular) as encompassing a broader range of cases than the DSM-IV might allow. She adopts Wakefield's [5] conception of disorder as a "harmful dysfunction." Thus, whether or not Luis' symptoms are broad or severe enough to reach the DSM-IV threshold for clinical diagnosis, he certainly has described some sort of dysfunction. According to Bjorklund's analysis, Luis' use of antidepressants should not be considered cosmetic.

Regarding Larry (who considers himself mentally and emotionally healthy but thinks fluoxetine will help him sell cars), Bjorklund asserts that, without any symptoms of disorder, most psychiatric providers would refuse his request for an SSRI and consider Larry's problems to be cosmetic. Bjorklund is hesitant to agree, because classifying this use as cosmetic "confer[s] some legitimacy to the practice…that it does not deserve" [6], referring to the social and medical acceptability that cosmetic surgery seems to have garnered in recent years. Instead, Bjorklund would classify a psychiatrist's prescription of an antidepressant for Larry as inept or substandard care.

Bjorkland's judgment seems slightly hasty. Her visceral reaction to this use of an antidepressant is understandable. Of course no physician should prescribe an antidepressant for Larry; there's nothing wrong with him. Readers should remember, however, that doctors treat other conditions that are not technically illnesses fairly regularly: "minoxidil for baldness, estrogen for postmenopausal women, cosmetic surgery for people unhappy with their looks, acne treatment for self-conscious teenagers" [7]. Why is social and medical acceptability conferred upon these practices and a similar use of an antidepressant quickly labeled inept care? Perhaps it is because Larry only wants the prescription to improve his sales. But what about the woman who wants a breast reduction because it will improve her career as a ballet dancer? Would her request be refused as well? Not likely, because most physicians would see the physical (and likely, the psychological) benefits of such a procedure for a professional dancer.

Although she does not explicitly say, it is possible that Bjorklund believes this sort of care to be inept because it is ineffective and, thus, would fail to offer any benefit to Larry. This claim is supported by recent research showing that, although antidepressants are effective in improving mood from a subnormal state to a normal state, they do not effectively raise mood from a normal state to an enhanced state. If this were true, prescribing an antidepressant for someone like Larry would be clearly inept or substandard medical care. (For a discussion of the possibility of truly cosmetic psychopharmacology, see Cerullo [8].) Perhaps Bjorklund draws this line because cosmetic psychopharmacology has the potential to affect manifestations of the self directly, whereas cosmetic surgery affects the self only indirectly. Regardless of her reasons, Bjorklund's judgment of prescribing an antidepressant for Larry as inept care requires substantial justificatory work beyond what she offers in the text.

The Nature of Suffering and the Goals of Medicine

After dismissing both Luis' and Larry's cases from the category of cosmetic psychopharmacology, Bjorklund considers Linda, whom she deems to be a trickier case. Bjorklund notes that Linda's inability to meditate effectively, while not representing a clinical diagnosis, constitutes an existential crisis experienced as illness. It is at this juncture that Bjorklund contributes a particularly convincing account of the problem of suffering and its relationship to the goals of medicine. How is one person's subjective experience of existential suffering to be understood by others? Should another's suffering be dismissed simply as a legitimate part of the human life, not meant to be medically "treated"? Or should existential suffering be acknowledged as, at least partly, akin to physical suffering and appropriately treated with pharmaceuticals?

Bjorklund concludes that the relief of suffering even purely metaphysical suffering, by "appropriate, clinically sound means is a legitimate medical…purpose" [9]. And it would seem that most medical practitioners would agree with her. According to Jonsen, Siegler and Winslade, the "maintenance or improvement of quality of life through relief of symptoms, pain and suffering" is a goal of medicine [10]. Callahan and Hanson [11] articulate a similar objective, "the relief of suffering," among their widely accepted list of medicine's goals. Moreover, Bjorklund rightly discusses the possibility that so-called metaphysical illnesses or melancholic temperaments are, in fact, rooted in actual physiological abnormalities. In such cases, the use of antidepressants would be clearly noncosmetic and appropriately clinical. While neuroscientific research on the biological foundation of seemingly incorporeal mental states remains inconclusive, it is important to recognize this possibility when dealing with the diagnoses and treatments of conditions considered to be subclinical.

Finally, it should be noted that Bjorklund acknowledges that not all negative, low moods are worthy of antidepressants. Certainly, there are plenty of situations where a physician is right to put the prescription pad away and recommend psychotherapy, spiritual counsel or a vacation to treat a subclinical depression. However, Bjorklund ultimately advances the view that, as the patient, "I am the arbiter of my own suffering. I get to participate in the decision that my melancholy is a disorder or a normal response to disordered times" [12]. Her sentiment reflects the current widespread bioethical conviction that patient autonomy should be both protected and promoted. While patient autonomy is by no means the only consideration in this discussion, it should, nevertheless, be taken seriously. 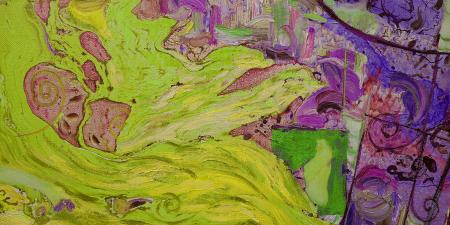 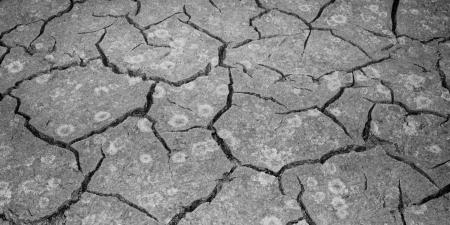