In an era of rising medical costs, reduced state and federal budgets, and escalating economic difficulties, the United States is beginning to engage in serious public dialogue about the value received for each health care dollar spent. Issues of quality care, patient safety, and equitable distribution of health care resources are at the forefront of this discussion. One medical specialty—preventive medicine—is uniquely positioned to address these concerns from a sound basis of clinical evidence on population health. Preventive medicine has been a recognized specialty in the United States since 1954, which may surprise many and cause us to wonder to why we aren't fully utilizing experts in this field at a time when our society needs them the most.

What is Preventive Medicine?

Preventive medicine was established as a specialty to gather physicians working in illness prevention and public health, to incorporate teaching about these topics into medical school curricula, and to advance opportunities for training in the specialty [1]. Preventive medicine physicians are "uniquely trained in both clinical medicine and public health. They have the skills needed to understand and reduce the risks of disease, disability, and death in individuals and in population groups" [2]. The core disciplines of public health are biostatistics, epidemiology, health policy and administration, health behavior, and environmental health. Board certification can be obtained in public health and general preventive medicine or in the subspecialties of aerospace medicine, medical toxicology, or occupational medicine.

Rising levels of obesity and the chronic diseases associated with it characterize the health of the American public today, driving up our caseloads of cardiovascular disease, diabetes, and cancer. Many infectious diseases controlled during the 20th century through vaccines and antibiotics (tuberculosis, pertussis, and measles) are exhibiting resurgence and being joined by emerging conditions such as HIV/AIDS, severe acute respiratory syndrome (SARS), and the potential for pandemic avian influenza. The threats of man-made and natural disasters such as biological warfare and weather-related events focus attention on how medicine manages to care for large numbers of people who have been injured or don't have access to uncontaminated food and drinking water. These conditions have in common their effects upon large populations rather than on one patient with a given condition.

In 2002, preventive medicine specialists represented only 0.8 percent of the physician workforce, down from 2.3 percent in 1970 [3]; the number of residencies in preventive medicine has decreased to 75, a decline from 90 in 1999, and the number of residents enrolled in preventive medicine training programs has fallen from 434 in 1996 to 348 [4]. More than 95 percent of curriculum time in medical schools is devoted to the patient encounter, and less than 0.5 percent of medical school faculty are trained in public health, preventive medicine, or related subspecialties [3]. How adequate can a health care system be for today's public health challenges with so little emphasis on the disciplines devoted to caring for large populations with acute or chronic illness? Several public efforts are under way to alter these trends.

The Institute of Medicine has called for all medical students to "receive basic public health training in the population-based prevention approaches to health" [5], including the core disciplines of public health. Medical school objectives at the national level ask that each school "develop an explicit list of mechanisms by which population health objectives are to be met" [6]. The Healthy People Curriculum Task Force outlined a framework for teaching all health professionals [7]. Through a cooperative agreement between the Centers for Disease Control and Prevention and the Association of American Medical Colleges, the Regional Medicine and Public Health Education Centers initiative has proposed methods for integrating the teaching of preventive medicine and related topics into medical school curriculum [8]. Early outcomes of these schools' efforts have recently been published [9]. Several schools have implemented electives or stand-alone courses in population health [10, 11], and a few are attempting in-depth, integrated courses during the basic science years [12, 13].

Other early initiatives of population health curricula include preprofessional population health education [14], master's level training during professional education [15, 16], and bedside teaching of health policy issues [17]. Efforts to design and implement curriculum in population health and preventive medicine face steep competition for instruction time, faculty, and other resources. Evaluation of such programs and the appropriate outcome measures of their success remain challenging.

U.S. residency programs now require training in practice-based learning and systems-based practice at the behest of the Accreditation Council on Graduate Medical Education [18]. These competencies heavily draw on biostatistics, epidemiology, and health policy and require that learners pay attention to the population perspective during their training. Given this focus for graduate medical education programs, it is discouraging to note that the number of residency programs in general preventive medicine and public health have been declining over the past several years. Federal funding provides only 26 residency slots in five preventive medicine programs nationwide [4], making this the least-supported medical specialty in the U.S. health care system. A group of factors contribute to this dearth of funding. The specialty has roots in the military medical training system, and traditional residency funding mechanisms available to develop other medical specialties were not tapped when the specialty of preventive medicine developed.

At a time when the United States is considering structural reform to its health care infrastructure and attempting to transition from a disease-care industry to a system devoted to enhancing health, ethical consideration must be given to the role that prevention plays. Principlist ethics, with five core tenets—beneficence, nonmaleficence, justice, respect for autonomy, and utility—can aid in the analysis of this role [19-21].

Beneficence and nonmaleficence require us to consider implementation of population-level measures to address the root causes of chronic disease. Biomedical science has not yet yielded cures for these conditions, and the burden of disease for the population at large is substantial, but there are known behavioral and lifestyle modification approaches to its mitigation. While all primary care specialties pay particular attention to these issues in the one-on-one patient encounter, preventive medicine is the specialty most closely focused on these problems and their application to large populations. It is neither beneficent nor nonmaleficent to stand by while people pursue lifestyle courses that will cause serious illness, only to treat that illness when it inevitably occurs.

The ethical principles of justice and utility—distribution of society's goods for the benefit of the greatest number—force us to examine the decisions we make as a society about how to spend scarce health care dollars. Health disparities among racial and ethnic groups, income strata, gender, and age groups highlight the degree to which our market-driven health care falls short of the ideal. Quantitative sciences such as epidemiology, health economics, and health policy enable us to address just and equitable resource allocation.

A very high premium is placed on respect for autonomy in the United States, often to the relative dismissal of other ethical considerations. Respect for autonomy entails the patient's right to full disclosure about the risks, benefits, costs, and alternatives for any health care treatment. At the close of the first decade of the 21st century, medicine is poised to witness the rise of a variety of new therapeutic and diagnostic modalities, each of which will bring its own cost/benefit considerations. Full disclosure will require a broader discussion of the preventive measures that may be undertaken, either before disease begins or after it has arisen. Discussion of the cost and benefit to society will also become a necessary consideration for the fully informed patient. The quantitative sciences that are central to the specialty of preventive medicine, particularly clinical epidemiology, will be in demand more than ever as we attempt to help patients become informed and empowered decision makers about their own care and its impact on society.

The most serious, far-reaching, and morally challenging problems in our health care today are not about medical science's ability or inability to treat acute illness, but rather about how most people in the United States and around the world gain access to low-tech care for the common, treatable diseases that thwart their opportunity to achieve life goals. Physicians in the specialty of preventive medicine, who alone are trained specifically in both clinical medicine and public health and whose discipline is uniquely positioned to address the serious ethical questions raised by our current disease-care industry, have an opportunity for serious moral leadership as the United States develops what could finally become a true health care system for the 21st century. 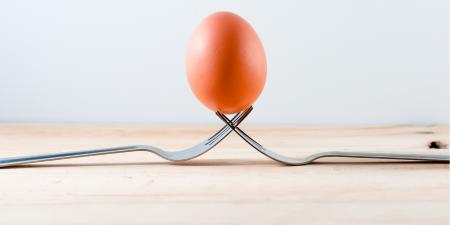