Treatment of hypertension is the most common reason for non-pregnant patient visits to a doctor's office in the United States [1]. National data estimates that 29 to 31 percent of U.S. adults over age 18 (58 to 65 million individuals) suffer from hypertension [2, 3]. Worldwide, hypertension contributed to 7.6 million premature deaths and 92 million deaths and disability-adjusted life years (DALYs) in 2001, with a disproportionate effect among low- and middle-income economies and people between the ages of 45 and 69 [4].

The Report of the Joint National Committee on Prevention Detection, Evaluation, and Treatment of High Blood Pressure, relabeled what had previously been called "high normal" blood pressure as prehypertension [5]. Defining prehypertension as a new category recognized blood pressure as a continuous variable, predictor of later hypertension [6], and marker of higher-than-normal risk for the development of cardiovascular disease [7].

Treatment of prehypertension is multifaceted, and physicians must possess a vast knowledge base as well as behavioral skills to aid patients with behavior change. They must clearly explain the diagnosis of prehypertension and its predictive ability for future clinical hypertension. This must be done in a way that motivates patients to take charge of behaviors that influence the development of hypertension—namely diet, physical activity, sodium intake, weight, and alcohol use [11].

Dietary patterns rich in potassium (fruits and vegetables and calcium from dairy), low in total and saturated fats, and limited in meats and sweets have been shown to reduce blood pressure. The Dietary Approach to Stop Hypertension (DASH) is a model that reduced prehypertensive blood pressure to a normal level in 62 percent of study participants in one trial [12]. The approach also tends to lower systolic blood pressure by 3.5 mm Hg [13].

Current recommendations for alcohol intake indicate that men should have no more than two alcoholic drinks per day and women should have no more than one. Pooled results from one meta-analysis showed reductions of 3 mm Hg in systolic and 2 mm Hg in diastolic blood pressure in patients able to reduce their alcohol intake. The baseline alcohol consumption in these studies was 3 to 6 drinks per day with a 67 percent reduction on average [18].

The behavioral risks for prehypertension and hypertension described above are based, for the most part, on results from controlled clinical trials. Clinicians must be able to assess each patient's behavior, motivation, and ability to change in the context of his or her life, which is different from the context of clinical trials in which research is done. A variety of models of behavioral-change counseling is available, but having a single model that applies to the behaviors listed above is helpful in clinical practice.

Many studies use the 5As model of behavior change in which physicians: anticipate that they will ask about behavior; ask about the behavior in a patient-centered and open-ended manner ("Are you interested in changing your diet/alcohol/smoking behavior?"); advise change ("I would recommend that you stop or change…"); assist the patient in planning the change (through exploration of facilitators and barriers to change and setting a concrete plan); and arrange a follow-up discussion to evaluate the success of the change and make plans for further change if needed, reinforce the new behavior, or deal with a relapse of the old behavior. The 5As model has been proven to lead to greater quit rates for smokers, reduction in cholesterol intake, decrease in cholesterol and weight, and reduction of high-risk drinking [19-21].

Change rates are influenced by various factors, some related to patients (willingness to change, ability to change now), some to clinicians (willingness to counsel, belief in effectiveness of counseling, belief in the resiliency of their patients and their ability to change), and some related to practice setting and supports available to reinforce success [20]. While physician advice is among the strongest interventions from the patient's perspective, other health professionals trained in patient-centered behavior-change counseling in the alcohol study helped reduce drinking in their patients from 18.3 to 12.6 drinks per week [19].

Twelve-month quit rates for smokers in the meta-analysis ranged from 8 percent to 14.3 percent of patients counseled by trained clinicians [20]. These studies used practice-level support to behavior-change counseling, such as lifestyle interview summaries, which reported participants' alcohol history in drinks per week, history of binge drinking, and family history of alcoholism; intervention algorithms to remind a physician of the counseling sequence; and patient education materials. It is important for counselors to have a realistic expectation of success for behavior change so they will not be discouraged by relatively low percentages of patients who can change.

Also needed is an approach that extends beyond the physician's office and hospital. If the newly defined classification of prehypertension is going to be meaningful, behavior-change counseling should be supplemented by public health messages and information that reinforces sound choices about nutrition, smoking, alcohol use, and healthy weight. Managing prehypertension is challenging, but has much to offer in the prevention of cardiovascular disease. If we can intervene earlier with behavioral and pharmacologic means to prevent the onset of hypertension, the public and patients will benefit. 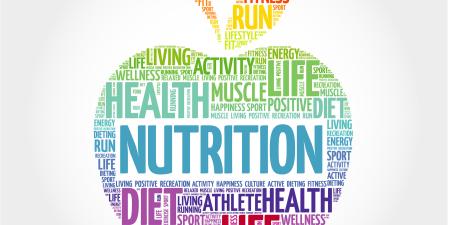 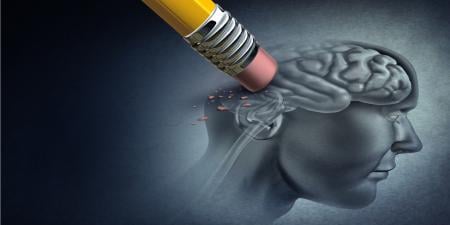