From the information provided, this patient should go to an inpatient specialty eating disorders unit. Outpatient treatment has failed her; she is approaching an age where no treatment is especially effective for anorexia. Suzanne's recent medical events point towards acute danger. This patient will likely gain weight and benefit immensely from a stay on a specialty eating disorders unit.

More specifics about her medical condition would help elucidate the status of her medical condition. The more unstable the patient's medical condition is, the more justification there is for hospitalization—even if a patient refuses and must be hospitalized against her will.1 Her response to glucose makes it appear that the cause was hypoglycemia which can be deadly.2-3 Indicators of medical instability may include: syncope, rapid weight loss, seizures, organic brain syndrome, bradycardia, exercise-induced chest pain, arrhythmias, renal dysfunction, dehydration, tetany, and decreasing exercise tolerance.4 Abnormal electrolyte levels can also be of acute concern. The assessment of medical urgency in Suzanne's case remains a clinical judgment though, and detailed medical information is lacking here, making this case somewhat difficult to assess.

Fortunately, involuntary hospitalization probably can be avoided with this patient. The parents' request for their daughter's hospitalization suggests that they may be willing to use their influence to effect her hospitalization. Such vigorous persuasion is sometimes viewed as controversial. Using parental influence to help a child's nourishment and survival is reasonable and effective and can be effectual in cases of anorexia nervosa. Data supports the efficacy of the Maudsley family therapy approach.5 The first phase of such therapy guides parents to use whatever measures they must—within reason—to mandate regular meals large enough to cause weight gain.

It is effective for parents to declare to their child that they will not allow her to starve to death, no matter what steps they must take to make this happen. It is vital for parents to tolerate their daughter's inevitable fury over this mandate and yet insist on hospitalization. In this case, it appears the daughter will comply since she has a history of complying with their treatment wishes. According to the case history, she attended therapy to keep her parents "off her back."

Parents can use different types of leverage successfully but often a firm mandate for hospitalization is enough and is preferred. When further influence is needed, parents can refuse the child privileges, eg, refusing to pay college tuition or car payments until their child is no longer on death's doorstep.

The psychiatrist also can use her alliance with Suzanne to help her understand what must and will happen. In 2 years, the outpatient treatment appears not to have moved the patient in the right direction. It is a good use of the therapeutic alliance to help hospitalize the patient. The psychiatrist and medical team should discuss at length with Suzanne their treatment recommendations and reasons for the hospitalization. Ideally, the treatment team helps the patient to understand the necessity of inpatient care so that she willingly agrees to follow their recommendations.

Usually, though, the cognitive distortions around body weight and shape which are diagnostic criteria for anorexia nervosa impede a measured reasoning process.6 In addition, starvation clouds thinking. Data shows processing and attention deficits in patients with anorexia nervosa.7,8 In fact, there is anatomical change in these patients' brains such as increased ventricular size.9 Since the parents' role in treating their daughter's illness is critical, it may be helpful to describe these cognitive changes to Suzanne's parents so they can be firm in their pleas with their daughter.

Under circumstances similar to this case, we rarely hospitalize a patient involuntarily. We avoid involuntary hospitalization because we would always prefer voluntary treatment. We often send patients to inpatient eating disorder units such as the ones at University of Iowa and Columbia University. By law we cannot send patients across state lines involuntarily. I must emphasize the importance of specialty eating disorder programs over general medical or general psychiatric units.

While it will be hard for the patient to go through this, refeeding must be the first priority. The patient's emotional upset is far less damaging than starvation. The psychiatrist's fear about the need for nasogastric feedings is unfounded; most patients do not require such measures on a specialty unit and such measures are usually avoided. While insight and understanding are important for someone with anorexia to move towards greater richness and meaning as she leaves starvation behind, refeeding must come first.

If Suzanne still declines a voluntary hospitalization and the patient's medical status is ominous, involuntary hospitalization is appropriate. This is especially true with a relatively young patient who will likely do well with inpatient treatment. While laws vary from state to state and over time, they tend to support paternalism in such circumstances. Consultation with a legal expert or ethicist may help the physician determine the correct path in a specific instance.4 The subject of competency in anorexia is complicated and controversial, again underlining the importance of achieving voluntary hospitalization.

Amidst such controversy, it helps to recall the Hippocratic Oath's instruction to "first do no harm." Sending this girl home inevitably to starve is doing harm. Hospitalizing her will not be pleasant for anyone but will "do no harm" and may well do much good.

The principle of beneficence requires physicians to care for those who are unable to take care of themselves, as uncomfortable as it may be in our society where liberty and autonomy are treasured values. Hospitalization aims to help the patient regain her autonomy—an autonomy that the anorexia nervosa, not the physician, has taken away. 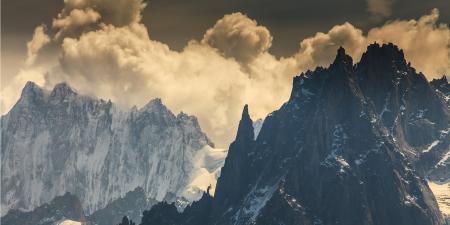 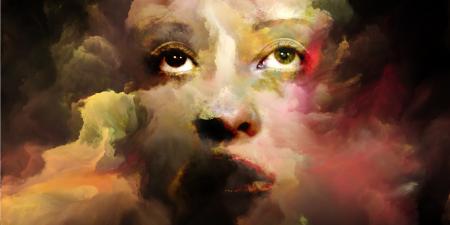