Picture Mr. and Mrs. Average Middle-aged American, sitting at the kitchen table, having the following discussion:

Harry: What's this stem cell research debate [1]?
Louise: A lot of people in Congress have their facts confused.
Harry: Well, I'm shocked.
Louise: One bill puts scientists in jail for working to cure our niece's diabetes.
Harry: So, cure cancer, go to jail?
Louise: Alzheimer's, heart disease, take your pick.
Harry: Why, is it cloning?
Louise: No-o-o. It uses an unfertilized egg and a skin cell.
Harry: So it's not making babies?
Louise: Just life-saving cures.
Harry: And for that, we go to jail?
Louise: We should log on and tell Congress: they can stop human cloning without stopping life-saving research.

This 30-second ad, paid for by CuresNow, appeared in selected viewer markets during an April episode of the popular weekly political drama West Wing. Most anyone who has followed the cloning issue, even in the popular press, since the appearance of Dolly 5 years ago, would catch what appears to be an error in Louise's emphatic, "No-o-o" to Harry's question about cloning. Many of us know by now that putting a skin cell—or other non-reproductive system cell—into an egg cell from which the nucleus has been removed is exactly what cloning is. The CuresNow group is not confused or just plain wrong, however. The ad is part of a larger initiative by CuresNow and others to redefine cloning so that it applies only to activities that attempt to reproduce a living, brought-to-term human being. The TV spot, nevertheless, provoked responses nearly as tangled in ethics and identity as the cloning issue itself.

The fictional characters Harry and Louise were created initially at the request of the Health Insurance Association of America (HIAA) for use in its campaign against President Clinton's health reform plan in 1994. Harry and Louise sat at their kitchen table and, with genuine concern in their voices, worried that people would lose choice of doctors under the Clinton plan and that the proposed plan would be so expensive that employers would no longer offer health insurance as a benefit. HIAA spent $17 million on its total campaign and, as we know, the plan was defeated [2].

HIAA brought Harry and Louise and their kitchen table back in January 2000. This time the couple hovered over a lap-top computer composing e-mails that urged their congressmen to pass universal health coverage legislation. At first, observers were startled by Harry and Louise's switch to support of "InsureUSA," but, as HIAA explained, the association has always favored universal coverage; insurance, after all, is its business. They merely opposed the Clinton plan [2].

Harry and Louise's third appearance, the one transcribed at the top of this article, startled even HIAA, prompting them to sue CuresNow for copyright violation. A coalition of scientists, patient advocate groups, and leaders in the entertainment world, CuresNow hired Harry and Louise—the same 2 actors—to endorse Senate legislation that, while banning cloning for human reproduction, would allow the creation of embryos by somatic-cell nuclear transfer (SCNT) as sources of stem cells for research. HIAA claims in its suit that CuresNow has "hijacked its corporate identity" [3].

Corporate identity's just the beginning. In its outrage, HIAA charges that by employing the same actors to play the same characters, the CuresNow ad is confusing the public and affecting the association's image. This line of argument implies that the TV characters have characters, that is, personalities, world views, and political leanings, the integrity of which is being violated by the CuresNow ad. [Surely a persuasive anti-anti-cloning caution about equating appearance with identity lurks herein.] Lest anyone miss the irony in it all, a group known as Americans To Ban Cloning, chaired by William Kristol, playfully responded with the following radio ad starring, not Harry and Louise but, Harriet and Louis:

Harriet: Louis, did you see that ad on TV about cloning [4]?
Louis: The one with the couple who look just like us.
Harriet: Spooky, huh?
Louis: You don't suppose they're really clones, do you?
Harriet: Who knows? It seems like some biotech companies will do just about anything to make a buck. Did you know they want to get patents on human clones, just like they do on lab animals?
Louis: But their ad says they're only using a human egg and a skin cell.
Harriet: Well, that's how you make a clone!
Louis: But they also say cloning is needed to cure terrible diseases.
Harriet: Look, if they were really interested in cures, they'd be talking about adult stem cell research, which shows far more promise—not creating embryos to destroy them for medical experiments.
Louis: What can we do to stop them?
Harriet: Well, there is a Senate bill that bans all human cloning.
Louis: But not lifesaving research?
Harriet: Of course not. It's the bill President Bush supports. We need to call Senator [whoever represents the viewing area] at [telephone number].
[Doorbell rings]
Louis: Harriet, your sister is here.
Harriet: Sister? I don't have a sister.

What's It All About, Harry?

Those who read Harry and Louise's opening exchange carefully noticed just what Harriet points out and probably responded the same way Harriet did, "that's how you make a clone [Duh deleted]." The ads are working from 2 definitions of "cloning." Harry and Louise are departing from the more widely used definition that understands cloning to include all somatic-cell nuclear transfer. That's how Dolly was created and how any other cloned organism is created. The defining difference between cloning and sexual reproduction is that the cloned organism, rather than getting ½ of its genetic material from each parent, gets its full complement of nuclear genetic material from only one source—the person whose DNA is inserted into the enucleated egg [5].

Harry and Louise, scripted by CuresNow, are following the lead of democratic Senators Edward Kennedy, Dianne Feinstein, and Thomas Harkin and their supporters in subdividing SCNT into 2 separate activities: (1) SCNT intended to reproduce human beings—which they call "cloning," and (2) SCNT for the purpose of creating embryos from which stem cells can be retrieved by researchers, with the embryo destroyed in the process. The latter, they do not call cloning.

The Senate has been attempting to pass anti-cloning legislation since shortly after Dolly's appearance in 1997; it last came close in 1998. An event of that same year, however, complicated the task of passing anti-cloning legislation. Researcher James Thompson, working at the University of Wisconsin and funded by the biotech industry's Geron Corporation, isolated stem cells from human embryos for the first time in that year. Embryonic stem cells give rise to every other type of cell in the human body, and cell biologists are confident that, by studying these cells, they will learn how to direct them down specific paths of differentiation. If they succeed, they will be able to grow tissue to replace diseased or damaged tissue in the nervous system, blood, cartilage, pancreas and other organs, even the heart. Such capability might then allow physicians to combat Parkinson's and Alzheimer's diseases, diabetes, cancer, spinal cord injury, and many other conditions. Cloning embryos would make many more embryonic stem cells available and hasten the day when treatment is possible. Moreover, if the embryo is created using the somatic DNA of the person with the disease or damaged tissue, the resulting tissue can be transplanted without fear of its being rejected.

Because of the promise of embryonic stem cell research, the authors and supporters of 2 Senate bills want to distinguish between SCNT to create another human being—which they want to prohibit and penalize—and use of SCNT to create embryos for research purposes which would be destroyed after 10 to 12 days. Opponents object to both reproductive cloning and creating embryos that will be destroyed in the interest of research. They call the latter practice "therapeutic cloning" or "research cloning," but Kennedy, Feinstein, Harkin, Harry, and Louise don't want the C-word in there at all.

Both bills are alternatives to the Human Cloning Prohibition Act of 2001 (SB 790), authored by Sam Brownback and supported by Louis and Harriet, the Americans To Ban Cloning, and others, including anti-abortion and many religious groups. The Brownback bill defines human cloning as "human asexual reproduction accomplished by introducing nuclear material from one or more somatic cells into a fertilized or unfertilized oocyte whose nuclear material has been removed or inactivated so as to produce a living organism (at any stage of development) that is genetically virtually identical to an existing or previously existing human organism" [6]. By inserting "at any stage of development," the bill includes as "clones" embryos that will be destroyed after giving up their stem cells to researchers and will not be implanted into a uterus or uterus substitute.

All 3 bills differ from earlier fetal tissue, embryo, and stem cell regulation by outlawing the practices they define (differently) as cloning rather than merely withholding federal funding from such operations. All 3 stipulate a $1 million fine and up to 10 years imprisonment for those who (1) conduct or attempt to conduct human cloning, (2) ship the product of nuclear transfer for the purpose of human cloning within the US or elsewhere, or (3) use federal funds in support of the activities proscribed in (1) and (2).

The Feinstein-Kennedy Bill, in adopting the same name as the Brownback Bill—the Human Cloning Prohibition Act of 2001—is forcing its definitional distinction. Passing that legislation would mean that senators opposed "cloning" as more narrowly defined by the Feinstein-Kennedy and Harkin bills. The bill is far from becoming law. Even if passed by the Senate, the bill is so different from the bill passed by the House of Representatives in July 2001 that it would have to go to a conference committee for compromise legislation. As bioethicist George Annas put it in a recent New England Journal of Medicine article, "if the link between research and reproduction cloning cannot be severed, efforts at [legislative] compromise will likely prove futile and the effort to outlaw reproductive cloning will die in the Senate again as it did in 1998" [6]. But if legislation similar to Feinstein-Kennedy or Harkin were enacted into law, all subsequent enforcing regulation would restrict the definition of cloning to "cloning with the intent to reproduce," and we would be witness to language in lexical transition.

Will We Code for Default ECMO?

Undocumented Immigrants Face a Unique Set of Risks from Tuberculosis Treatment: Is This Just? 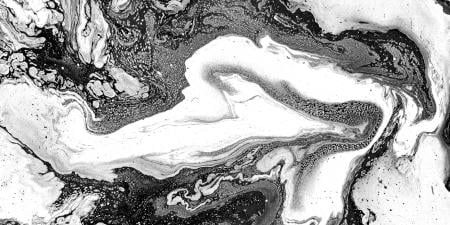 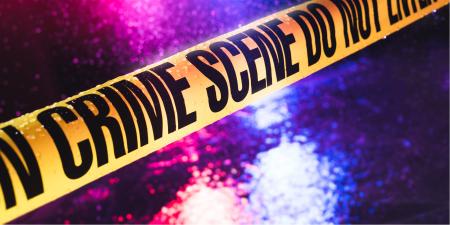 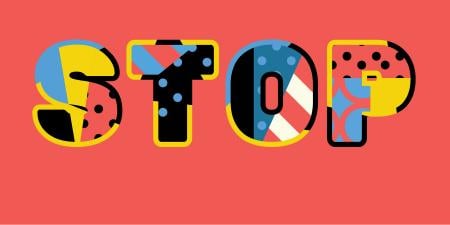