Jerome was spending an elective month working in an AIDS clinic in Malawi where his work entailed counseling people in the community on the prevention of HIV transmission.

One day, halfway through his elective, Jerome’s supervisor sat in on a counseling session between Jerome and a 15-year-old girl from the community who had just tested negative for the virus. Jerome spent much of his time educating patients on the proper use of condoms, and he was encouraging her to insist upon their use, even when her partner tried to dissuade her. In Malawi’s patriarchal society, this course is often difficult for women to follow, but Jerome believed that empowering women to insist on condom use was the most effective way to keep the community healthy by decreasing the transmission of HIV.

After the girl left, Jerome’s supervisor mentioned to him that the American organization that funded the clinic required that the counselors emphasize abstinence rather than birth control as the best method of preventing the spread of HIV. Thinking about it later, Jerome felt conflicted about what to do. Although he would have liked to comply with the ideology of the clinic’s funding organization, he believed that advising abstinence was not usually practical in this particular culture. He found it difficult enough to convince people to use condoms and was worried that if he stressed abstinence his young patients would stop listening to him and might endanger their own lives.

Professional’s right of conscience. Jerome’s dilemma raises several issues that come from different perspectives. Let’s first look at a professional’s right of conscience. There is a growing recognition that a physician may rightfully decline to participate in a procedure or professional encounter that he or she finds morally objectionable, e.g., participation in an abortion or removal of life support from a patient with a reversible illness. This is a negative right of conscience. But a positive right of conscience also exists—the right to provide information that the individual physician deems clinically or morally relevant. Thus a physician should not be prevented from giving such information by “gag rules.” One could make the case that the policy of the American organization that funds the clinic is in effect a gag rule if the requirement that “the counselors emphasize abstinence rather than birth control” is interpreted to prevent discussion of condoms. On the other hand, the wording of the policy might be interpreted to mean that abstinence should be presented as the ideal, but condom use may be discussed as an alternative, though less effective, means for prevention of HIV transmission. This interpretation would not prevent Jerome from discussing condoms, though it would require that he first discuss abstinence.

Professional ethics perspective. At the same time, from a professional ethics perspective, a health care professional has an obligation to comply with the policies of his or her overseeing organization. If a physician agreed to practice at a Roman Catholic hospital with a policy that prohibits abortion except to save the life of the mother, and that physician felt it was morally and legally justified for a particular patient whose life was not in danger to have an abortion, it would be unethical for him to ignore the policy and provide the abortion in that setting. His options would be to appeal for an exception to the policy for this case, to provide the abortion for that patient in another setting or to refer her for an abortion at another facility. He could, of course, try to convince the policy makers to change the policy, but it is not likely this could be accomplished quickly, if at all.

Practical perspective. From a practical perspective, it seems very unlikely that the scenario presented would actually happen. Whether Jerome is a medical student, resident or licensed physician, if he has agreed to volunteer with an organization counseling people in a community in Malawi about preventing HIV transmission, it would be unconscionable for the organization that funds the clinic not to inform him of a policy that would restrict the content of his counseling. If this actually happened as presented in the vignette (that Jerome learned of the policy only after being informed by his supervisor) he has few options. He can comply with the policy, he can negotiate with the supervisor who could then negotiate with the sponsor or he can decline to participate in further counseling on the grounds that he believes this is not what is best for the patients being served.

Clinical perspective. From a clinical perspective, one can look at this in two ways. At the individual patient level, there is little argument that abstinence followed by sexual fidelity with an uninfected partner is the only way to be 100-percent certain of avoiding the sexual transmission of HIV. Not to inform a patient of this during counseling about the prevention of AIDS would be a breach of one’s professional obligation to that patient. To give only this information, however, also falls short of that obligation. Patients also need to be counseled that the consistent use of condoms reduces the risk by 80 percent to 85 percent. At the public health policy level, an 80-percent to 85-percent reduction in the incidence of a fatal disease is a major accomplishment, thus a discussion of condom use by a counselor working in an AIDS prevention clinic is understandable. Using this information alone, however, does not meet the professional obligation of the individual physician to provide complete information to the individual patient.

This recognition of cultural differences raises the question of whether Western physicians practicing in developing or destitute countries should try to change local culture or should work within cultural paradigms. If the physician is the conveyor of information that is new to the culture and that is contrary to cultural practices, then encouraging patients to act on the new information may contribute to a change of culture. The nature of the change, however, will depend on his mission. If the primary mission is AIDS prevention, then the physician’s task is to modify the sexual practices of the culture, perhaps by encouraging condom use. This would certainly be a major change for individuals in the Malawi culture. If, on the other hand, the primary mission is religious witness, then the visitor may try to introduce a new view of what constitutes moral sexual practices, a change that would at the same time reduce the transmission of HIV.

The question of whether the U.S. government has the right to insist that abstinence be encouraged over barrier methods of birth control in HIV programs it funds in sub-Saharan Africa is best answered using the same information that Jerome should use in wrestling with his dilemma. Since abstinence followed by sexual fidelity with an uninfected partner is the ideal, and condom use is less effective, to not encourage the former would be ethically problematic. On the other hand, to insist on this approach alone while forbidding the discussion of condoms as an alternative would likewise be troublesome.

A 2004 commentary in the Lancet called for “an end to polarizing debate and urge[d] the international community to unite around an inclusive evidence-based approach to slow the spread of sexually transmitted HIV. …” The authors went on to state,

…the ABC (Abstain, Be faithful/reduce partners, use Condoms) approach can play an important role in reducing prevalence. … All three elements of this approach are essential to reducing HIV incidence, although the emphasis placed on individual elements needs to vary according to the target population. … All people should have accurate and complete information about different prevention options, including all three elements of the ABC approach [1].

This seems like good advice, both for Jerome and for the sponsoring organization.

This case presents a dilemma that may be increasingly encountered by health care professionals who, like Jerome, volunteer to practice in underserved areas around the globe. 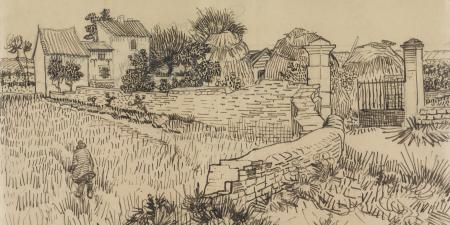 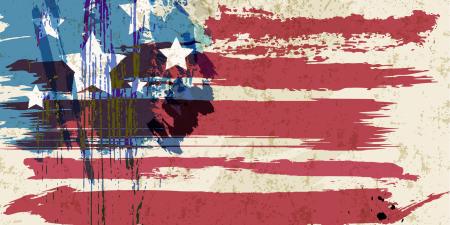 A Caution against Medical Student Tourism