In any complex, controversial topic, attempts at open dialogue run the risk of shipwrecking on the shore of preconceived, deeply held opinion. For example, walk into a room that contains people at opposite ends of the political spectrum and toss out the phrase "universal health care." If we had the ability to project their initial reactions onto a screen, they would range from a Technicolor utopian society, dancing hand-in-hand with their health care providers to a stark, gray picture of huddled masses in long outdoor lines awaiting their catheterization for emergent cardiac failure. In a similar way, reactions vary when the phase "resuscitation of a 24-weeker" is uttered in mixed health-professional company. On one side of the spectrum a person will see the advances in neonatal care that allow a disease (respiratory distress syndrome) that killed President Kennedy's son only 45 years ago to be consistently and successfully treated today in a premature child born to the least advantaged of our society. Others, should they include pediatric and family physicians, will harken back to their residency days and recall the former premature infant who lived all 6 months of its life on a ventilator in the hospital's neonatal intensive care unit.

Providing intensive care to extremely low-birth-weight infants (birth weight of less than 1 kilogram) and extremely premature infants (infants born between 22 and 25 weeks' gestation) raises many questions: (1) Who benefits, and when do these benefits cease? (2) Does survival come at any and all costs to the patients, their families, and the health care staff? (3) And is a technology-dependent child truly reaping what is in his or her best interest?

With the birth, growth, and development of the bioethics community during the last 60 years, these questions have entered the public forum, and neonatology has at times found itself to be the perceived "poster-child" for medical hubris—aggressively treating any newborn, ethical concerns be damned. No doubt, parts of the complex technical, sociopolitical, and ethical history of neonatology moved clinical innovation, research, and practice in this direction [1], but we would argue that this history is neither unparalleled nor limited to neonatology. Indeed, all realms of critical care medicine have struggled with these and similar questions, yet a cloud of prejudice lingers over neonatology, casting its life-saving work into shadow and hiding the complexity of decisions made on behalf of extremely premature infants by families and physicians. The brevity of this article prohibits an in-depth discussion of the history and literature on resuscitation of increasingly smaller and younger premature infants. Nevertheless, it is our hope that we can guide the reader through some commonly held notions about neonatology that will serve as an impetus for identifying preconceived notions or biases, reflecting on the matter in a more informed manner, and considering a reexamination of this topic's complexities.

Not really. In fact, the results of neonatologists' ability to save infants as young as 23 weeks' gestational age has been facilitated by a few major advances in applied technology, pharmaceuticals and procedures—not a gradual and persistent push toward saving younger and younger babies. These advances have occurred in a manner described by the evolutionary concept of punctuated equilibrium—large shifts in the evolution of a species followed by small incremental improvements until the next big shift. For neonatology, those shifts have been the advances in thermal regulation; modification of mechanical ventilators developed for adults for use with newborns (improved initially by the addition of end-expiratory pressure, and later—with the advent of microcircuit technology—by the capability to synchronize respirations with the neonatal patient); discovery and utilization of prenatal steroids on fetal lung development (so that this obstetrical intervention contributes largely to improved neonatal outcomes); and the development of exogenous surfactant for the treatment of respiratory distress syndrome.

Presently, we are limited in sustaining life for fetal neonates by the developmental biology of the lung and its circulation. This limit will most likely persist inasmuch as further ability to support cardiopulmonary function in the smallest and youngest newborns is not foreseeable without disrupting vital organ development. Since the advent of surfactant therapy 18 years ago, clinical research has not for the most part resulted in the ability to save ever-younger babies. The very real limits of fetal biological development force neonatologists and others to question the appropriateness of attempting to sustain extra-uterine life when the costs borne by the patient (organ system maldevelopment or failure) argue for considering not simply survival but the quality of the life saved. Hence, the bulk of research in recent years has been directed towards producing better long-term outcomes for newborns who survive prematurity.

Neonatologists Compete to Save the Smallest Premature Infant

Media attention garnered by certain medical centers upon graduating another in a series of "tiniest babies" saved, makes one wonder whether each NICU has a plaque with a revolving set of numbers that change to announce the weight of its smallest baby saved. The senior author on this paper (BC) has failed to interact with any colleague over the past 20 years at four major medical centers who boasted of saving the smallest baby. Nor has the neonatal fellow (PJ), who has trained at three separate institutions in the past 10 years, had any such interaction. In other words, it is not neonatologists who promote such feats.

The greatest pressure to resuscitate extremely premature infants often comes from outside NICUs. In our health care system, NICUs are substantial revenue generators for hospitals and academic medical centers. As a result, there is a tendency to market women's and infant services in hospitals that have NICUs. The marketing can be done discreetly and with evidence-based local outcomes, or blatantly with large billboards strategically placed on main thoroughfares in a community or in newspaper, television, or Internet advertisements—replete with the seemingly obligatory photo of a tiny baby held in the palm of someone's hand. Considering that health care dollars expended in neonatal services reap more long-term rewards than those spent at any other time in life and with the lowest cost-per-year of life gained [2], the idea for marketing neonatal services comes from offices other than those of neonatologists. The result, however, is that families understandably come to us with the expectation that their premature infant will be as advertised: tiny, cute, and healthy.

Neonatologists Know the Abysmal Outcomes for these Infants, but Push on Regardless

Outcome data is available, but the field is still developing. Making use of follow-up data, investigators are gradually adding to the knowledge base of outcomes for extremely low-birth-weight and early gestation infants [3-6]. The absolute number of these patients is very small (less than 0.5 percent of all U.S. births), and a large number (up to 50 percent, depending upon gestational age) of them die prior to discharge from the NICU. As a result, few infants remain to be tracked in neonatal follow-up clinics that collect information and perform longitudinal neurodevelopmental testing (generally over no more than 2 to 7 years). The follow-up is poorly organized and underfunded in the United States, and, because of this, the existing extremely low-birth-weight outcome literature is based on relatively few numbers. The neonatologist's capacity to prognosticate the outcome for a premature infant, then, is not generally comparable to that of his or her adult medicine colleague who addresses more common, thoroughly studied diseases in larger populations.

Predicting the individual outcome for most extremely low-birth-weight infants remains elusive. Patient information is at times difficult to discover. Depending on a mother's access to and utilization of prenatal care services, estimates of an infant's gestational age can be unreliable. Furthermore, birth weight can vary due to factors other than developmental maturity, allowing children of the same weight to have markedly different chances for survival. But even when all of the desired patient information is available, clinicians are left with the fact that population-based predictions only provide an estimate of outcomes that may or may not accurately reflect the morbidity and mortality risk for any extremely low-birth-weight infant [7].

Two bodies of work that reveal this difficulty are Ambalavanan's attempt to use multiple logistic regression and neural network models to predict extremely low-birth-weight death [8] and Meadow's research on caregiver intuition regarding an individual patient's survival to discharge [7, 9]. While neonatologists may be able to tell prospective parents that, in general, the 22-week gestational age infant will almost certainly die and the 26-week infant will likely do well, they are not good at predicting the individual outcomes of those who fall in between these age brackets.

Even if our predictive abilities were excellent, there would still be limitations to its use.Parents have an understandable habit of hoping. Should a clinician's ability to predict death or severe disability for an individual patient be so accurate that he or she was wrong only 10 percent of the time, it would still mean to the family that its child had a 1-in-10 chance of living or not being severely disabled. What risk threshold is acceptable and who decides? Do clinicians—as both members of society and the community of health care professionals—stand ready to refuse intensive care to a patient, regardless of the family's wishes? And does giving outcome data to families facilitate their decision-making capabilities [10]?

The dilemmas over resuscitation of extremely low-birth-weight infants reach far beyond the medical profession's obsession with technology (no more present in neonatology than elsewhere in modern medicine), misleading media stories of the tiniest survivor, and forgoing the best interest of the patient to satisfy a family's or physician's agenda. These issues cut to the heart of the human questions that permeate medicine: (1) Who decides best-interest? (2) Who speaks for patients when they cannot speak for themselves? (3) What constitutes futile care? (4) And can we even define the word "futile" in the same manner for persons of different age or religious, educational, socioeconomic, and cultural backgrounds?

Recognizing this complexity allows us to approach the question of infant resucitation with less hubris and more humanitarianism, humility, and compassion—appreciating why physicians and families continue to struggle to make resuscitation decisions for extremely low-birth-weight infants. 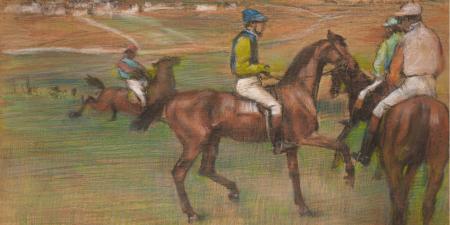 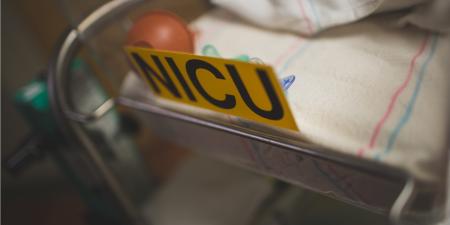 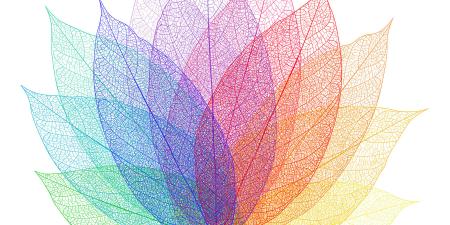