The requirements of pretest counseling and written informed consent are barriers to prenatal HIV testing in the United States , an Institute of Medicine (IOM) panel concluded in 1999. Therefore, the panel recommended that these requirements be eliminated and that prenatal HIV testing become a routine and universal part of prenatal care while still protecting the right of a woman to refuse testing if she chooses not to be tested, ie, "opts out" [1]. The American Medical Association, the American Academy of Pediatrics, and the American College of Obstetricians and Gynecologists have endorsed the IOM's recommendations [2]. In 2001, the US Public Health Service (USPHS) issued revised guidelines for prenatal HIV testing that stopped short of the IOM recommendations [3]. The Public Health Service advised health care providers to recommend HIV testing to all of their pregnant patients but embraced the requirement for specific written informed consent required by many states. The Health Service also noted, however, that if written consent is deemed a barrier and if state law permits, verbal consent may be enough to perform the test [3].

Following widespread implementation of the USPHS guidelines, the number of HIV tests conducted in prenatal clinics in the United States has risen dramatically, resulting in a sharp decline in the number of perinatally acquired HIV infections [4]. Despite the declines, cases of perinatal HIV transmission continue to occur, largely because of missed opportunities for HIV testing during pregnancy. The estimated 280-370 infants born with HIV infection each year represent populations in which prevention efforts are impeded by lack of timely HIV testing and treatment of pregnant women [5]. These continued infections and changes in public attitude about HIV disease, along with the technological advances in the treatment of the infection, underscore the need for improved strategies that ensure testing of all pregnant women and, if results are positive, treatment to safeguard their health and the health of their infants .

Past controversy about HIV screening of pregnant women has been less related to its scientific aspects than to the social, ethical, and political implications of testing and occurred at the time when no effective preventives were known. In other words, the case of prenatal HIV testing provides a clear example of how nonscientific concerns can trump (whether rightly or wrongly) an otherwise widely accepted, evidence-based strategy. Individuals infected with HIV have often been subjected to prejudice and discrimination, especially early in the epidemic. The high potential for such discriminatory effects was enough to separate HIV screening from other kinds of screening for maternal conditions, such as tests for Rh factor, blood count, glucose levels, rubella immunity, hepatitis B, syphilis, chlamydia, and gonorrhea. Rigid legal requirements for informed consent specific to prenatal HIV testing exist in some states, may require patient notification of the right to refuse testing, and hinder the implementation of universal testing as a routine component of prenatal care [2]. Nonetheless, it has been suggested that mandatory testing for HIV in pregnant women is rational, just as is screening for syphilis. This is in part because the potential harm to the infant is so great (essentially life-or-death) [6], particularly when compared to the relative ease with which treatment of the mother can prevent perinatal HIV transmission.

Mandatory prenatal HIV testing, however, may have negative consequences of its own. First, under mandatory testing, some pregnant women may not seek prenatal care due to a variety of concerns related to testing HIV-positive. Such concerns include the fear of personal illness or death; the fear of losing relationships, jobs, or both; fear of domestic violence [7]; and the fear of financial hardships and stigma that some HIV-positive persons face [8]. Therefore, mandatory testing may reduce the number of pregnant women who seek prenatal care, especially those in high-risk populations [9]. Second, mandatory testing violates patient autonomy, the right to bodily integrity, and the right to make medical decisions about one's care and treatment. It may place individual rights of adults at odds with the state's duty to protect the health and safety of children.Finally, studies have also shown that, given the high levels of acceptance of voluntary HIV testing in the United States, the benefits of mandatory testing are minimal [10]. Therefore, with good reason, a strategy of routine counseling and voluntary testing with the right of refusal has been widely recommended over mandatory testing programs.

Under the "routine counseling and voluntary testing with the right of refusal" strategy, providers of prenatal services can offer HIV testing to all pregnant women under their care. Women have the option to refuse the test if they wish. This strategy can be accomplished in at least 3 ways.

Studies indicate that all methods of this strategy are cost-effective [11], acceptable to pregnant women [12], and can achieve the benefits of prenatal HIV screening without violating women's civil liberties [13].

Yet, up to 10 percent of pregnant women may not consent to prenatal HIV-testing [14,15]. If true, this finding limits the utility of the first 2 methods. Some of the reasons why pregnant women refuse testing include:

In our experience in Los Angeles County , 8 percent of pregnant women interviewed refused HIV-testing. Of these, 74 percent were foreign-born, and the most common reasons for refusal were that they had been tested previously (44.6 percent) or were in a monogamous relationship (35.4 percent). Therefore, under the first 2 methods of implementing voluntary testing, some HIV positive women may choose not to be tested. As a result, these women would not receive the treatment and service they need to combat the disease and protect their babies and others against HIV infection. The opportunity to treat the mother early and prevent mother-to-infant transmission will be missed.

The third method—implied consent—has some notable advantages over the previous 2. If consent for HIV testing can be considered implied by a woman's general consent to supply a blood sample for prenatal testing and HIV testing is incorporated into the standard battery of prenatal tests, more pregnant women will be tested for HIV. Importantly, at the same time that testing becomes more widespread, the stigma of HIV testing may diminish by elimination of any targeted testing based on appearance, socioeconomic status, and race or ethnicity. For a pregnant woman who was not screened for HIV due to lack of prenatal care, rapid tests during labor and delivery or postpartum should be considered as part of standard obstetrics care to further reduce perinatal HIV transmission.

So, to minimize mother-to-infant HIV transmission and address the social, ethical, and political implications of HIV testing during pregnancy, has the time arrived for health care providers, policy makers, and civil rights advocates to revisit the notion that consent for HIV testing may be considered implied by a woman's general consent to supply a blood sample for prenatal testing? Incorporating HIV testing into the standard battery of prenatal tests provides a rational way to implement a sound, evidence-based strategy while addressing some of the critical social and ethical issues surrounding HIV testing.

The WHO Clinical Staging System for HIV/AIDS 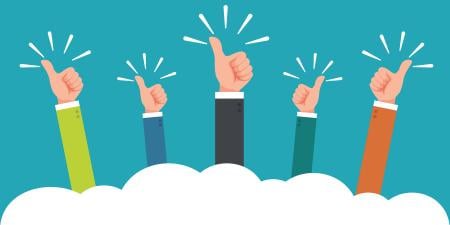 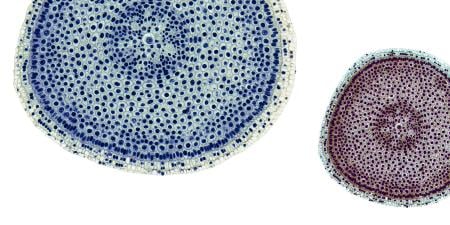