For many people, the mention of SARS—the acronym for sudden acute respiratory syndrome—still evokes the widely broadcast images of a sea of cotton masks in international airports. Three years ago this upper respiratory illness caused a health scare around the globe. Paul A. Tambyah, an associate professor in the Department of Medicine at the National University of Singapore and a specialist in infectious diseases, rightly hails the virus as the first emerging infectious disease of the 21st century in his article “SARS: Responding to an Unknown Virus” [1]. In this publication, Tambyah discusses the measures taken to analyze and to prevent the global spread of this novel coronavirus.

By 2004, SARS cases had slowed just as mysteriously as they had started in Guandong province of southern China 2 years earlier, in December of 2002. Yet the legacy of unanswered questions the pathogen left behind should keep scientists, public health officials, epidemiologists, and ethicists occupied for a long time to come [2]. Why, exactly, should we revive discussion if it is no longer a pressing threat? After all, the SARS death toll is relatively low with 812 deaths worldwide [3]. What’s more, the looming H5N1 avian flu virus is currently front page news. Even so, the SARS epidemic should not be filed away without appreciation of the lessons it taught. Although short-lived, SARS forced us to face the unpleasant reality of global pandemics and to address the ethico-legal dilemmas that result from hasty public health measures.

Looking at the Response to SARS

Tambyah’s analysis of the response to SARS exposes the prevailing sense of loss and urgency this epidemic produced. At the time of the first case reports, so little was known about the virulence, transmission, and treatment of the disease that the situation harkened back to the 1918 influenza pandemic. In this context, Tambyah emphasizes the magnitude of the collaborative effort between scientists and physicians across the globe to characterize and contain the unknown infection. Without question, the best ammunition of the 21st century—science and technology—was mobilized to first sequence the genome of the SARS coronavirus and then share the findings quickly and efficiently. But even as that was being done, descriptions of new cases flooded the Internet, and public health officials were at a loss about which restrictive measures to impose. There was no way to detect the virus early in the course of the disease [3]. To this day, the nature of the mutation that made human-to-human transmission possible and the precise mode of that transmission remain a puzzle. In the end, containment was handled by tried-and-true public health tools. The use of personal protective equipment, careful grouping of SARS patients within hospitals, travel restrictions, isolation, and quarantine all contributed to the eventual control of the outbreak [4].

Do public health officials deserve a pat on the back for stopping a worldwide pandemic? Preventive measures were taken quickly in part due to advances in information technology, but in the end the public health approach was not novel. The sudden disappearance of SARS is not fully understood, thus the threat of its eventual reappearance is still a possibility. Furthermore, SARS may pale in comparison to new emerging diseases. The conventional public health tools that proved so useful during the SARS outbreak may fail as we face viruses such as avian flu, a pathogen with an efficient means of international transportation by way of migrating birds. The SARS outbreak gave us a sense of vulnerability; our present scientific knowledge of the virus should not lull us into a false sense of security.

The urgency with which the SARS outbreak was handled highlights the central tension between efforts to protect both public health and the right of individuals to privacy [5]. In many countries the epidemic was treated as a threat to national security, with measures taken accordingly. In Dr. Tambyah’s home country of Singapore, the military was given the task of contact-tracing [5]. In this setting, he describes a “tendency to overprotect” against a disease with an unknown mode of transmission and without a definitive diagnostic test. The confidentiality of the patient-physician relationship was breached when the names of so-called “super-spreaders” were made public [5]. Such public health measures become injurious when they ostracize individuals and promote ethnic, social, or geographic discrimination. But when does protection justify transgressing privacy? The appropriate balance between a nation’s obligation to safeguard its citizens’ health and those same citizens’ right to privacy is, indeed, hard to achieve. Unfortunately, this problem will resurface again and again as we face new infections. In his conclusion, Tambyah questions whether quarantine is truly necessary if another SARS outbreak takes place and whether super-spreading events are a reality. In light of the arguments he presents, we can hope that public health officials will make every effort to protect patients’ privacy and make the decision to breach it only when reduction in morbidity and mortality for the members of the community can be guaranteed.

The SARS epidemic also highlights a lack of sophistication with regard to travel restrictions and their infringement on travelers’ civil rights. As discussed above, health officials did not have many tools at their disposal to contain this invisible threat. The World Health Organization (WHO) issued unprecedented travel advisories, recommending SARS screenings for all travelers departing from outbreak areas [5]. As it later turned out, close contact was probably needed for efficient transmission, but at the time thousands of people who had not had close contact with infected patients were quarantined [1]. This meant that healthy individuals who may or may not have been exposed to SARS were detained. Taiwan placed a 10-day quarantine on all individuals returning from countries on the WHO list. Of the 80 813 individuals who were quarantined, only 1 person was found to have laboratory-confirmed SARS [5].

In the US, the Department of Homeland Security authorized immigration and customs officials to detain any individuals who appeared to be ill with SARS [5]. Considering that no efficient diagnostic tests existed at the time, anyone could have been lawfully detained without due process. There is no doubt that quarantine of high-risk close contacts helped prevent further transmission of the virus, but the quarantine of low-risk travelers may not have had any impact. As Tambyah points out, since widespread dissemination of SARS via international air routes has not been proven, there is no good reason for strict travel restrictions if or when SARS resurfaces [1]. Unfortunately, in an age when one can board a plane in Tokyo and arrive in Los Angeles in a matter of hours, exotic killer diseases will continue to be fought at the expense of the basic right of freedom of movement.

Tambyah offers a comprehensive view of an unprecedented approach to a world pandemic in the 21st century. His detailed analysis also exposes the awkwardness of public health measures when the epidemiology of a new infection is not yet known. The SARS outbreak has demonstrated that health problems halfway across the world are no longer isolated. Globalization of commerce and culture also paves the way for globalization of infectious disease. And when nations perceive international epidemics as a direct threat to their security and prosperity at home, privacy and certain civil rights get set aside. In the context of new and emerging diseases, the SARS outbreak challenges us to consider whether our fear of deadly infectious diseases has surpassed our faith in the remarkable advances of modern medicine. We must also recognize that the decisions made during health emergencies can and will generate multifaceted and complicated ethical and legal dilemmas. Yet, as Tambyah’s article demonstrates, in considering the challenges of a past outbreak, we can better prepare as a profession for the challenges of the future. 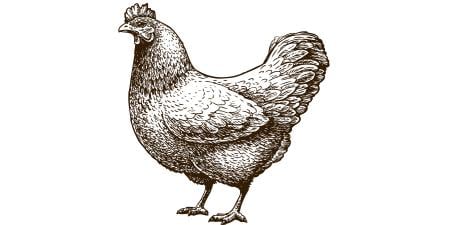 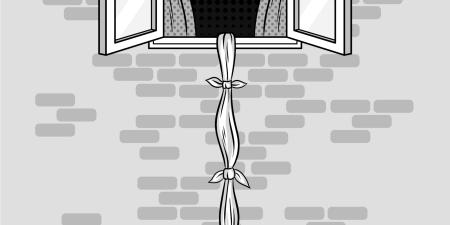