Surveillance is defined as the “ongoing, systematic collection, analysis, and interpretation of outcome-specific data for use in the planning, implementation, and evaluation of public health practice” [1]. Despite the density of this definition, physicians must understand what it means if they are to contribute to the maintenance of public health. Surveillance is the foundation upon which many of the public health successes we enjoy today are based. For example, polio has been eliminated from the United States and is on its way to being eliminated globally. Surveillance data have guided policies and programs, helped to marshal limited resources, and moved the world toward completely eradicating this disease that caused human suffering for generations. Such data guided and then confirmed global eradication of smallpox. Those unfamiliar with collection and analysis of infectious disease data may think it is merely “bean counting,” but it is a field of study where new and important trends are identified with local, national, and global significance.

In the United States, the responsibility for disease surveillance is typically shared by health care professionals, public and private laboratories, local and state health departments, and public health officials from several governmental agencies and departments. Various systems have been developed to track disease in humans, in animals such as birds or horses, and in insect vectors such as mosquitoes. All of these systems are currently being used to monitor West Nile virus activity, for example [2]. Effective surveillance of disease in humans begins with the health care provider. The term “health care provider” is defined broadly in some jurisdictions and may include physicians, nurses, physician assistants, nurse practitioners, infection control practitioners, chiropractors, dentists, and others. Thus it is important for all physicians to know the guidelines governing surveillance [3]. It is the responsibility of health care personnel, with the help of public and private laboratories, to diagnose and report cases of notifiable infectious diseases.

State legislation or regulations mandate that health care providers and laboratories report confirmed or probable cases of notifiable infectious diseases to their local or state health department, or both. Diseases that are reportable are typically chosen for that status because notification of the local or state health department triggers an important action that needs to be performed. Hence, surveillance is information for action. States have their own public health laboratory(ies) that assist in infectious disease monitoring activities by providing infrequently performed or expensive tests that might otherwise be unavailable at the local hospital.

When a diagnosis of a reportable or “notifiable” infectious disease is made, physicians and other health care providers including infection control practitioners and hospital microbiology laboratories are required to notify their state health department by telephone, fax, mail, or by secure, Internet-based systems. A list of reportable conditions is usually readily available from local and state health departments. Reporting must occur within a determined time frame that varies for different diseases and is based on the immediacy of the need for the action. For example, when a diagnosis of invasive meningococcal disease occurs, the case typically must be reported within 24 hours so that prophylaxis can be promptly administered to close contacts and outbreaks can be quickly investigated to determine whether administration of meningococcal vaccine is needed. Alternatively, notification of a case of Hantavirus pulmonary syndrome does not require such an immediate response and, in the state of Illinois, may be reported within a 7-day time frame.

Those who investigate reports of notifiable diseases typically collect the minimum information needed to complete a basic investigation: patient name, patient demographics, and clinical history. Additional information is collected at the discretion of the state or local health department and varies with the disease in question. Reports of a vaccine-preventable illness might include details concerning the vaccination history of the patients involved. Reporting of a tick-borne disease might include a history of recent travel and participation in outdoor activities. Surveillance systems may be passive (provider initiated) or active (health department initiated). Active surveillance is typically superior to passive surveillance but involves additional cost and personnel time.

State health departments are responsible for assembling data collected from all local health jurisdictions. State agencies also do the following:

Data summaries can be provided to a wide range of entities including health care institutions and nongovernmental agencies involved in health-related activities, legislators and other community leaders, federal agencies such as the Centers for Disease Control and Prevention (CDC), the United States Department of Agriculture (USDA), and the Food and Drug Administration (FDA). Compiled data can also be made available to the public.

Role of the Council of State and Territorial Epidemiologists

Standardized case definitions for each nationally notifiable disease are determined by the Council of State and Territorial Epidemiologists, which meets annually. These definitions are periodically updated as new information becomes available [4]. States report their data on these conditions to the CDC where it is periodically analyzed and examined for trends, reported in the Morbidity and Mortality Weekly Report, and used for national prevention policy and planning. Other federal agencies also collect and review surveillance information. As an example, the USDA collects data on the presence of specific, confirmed clinical diseases in livestock, poultry, and aquaculture species from participating state veterinarians, while the FDA performs trace-back investigations to identify the source of contamination in reported food-borne disease outbreaks.

Surveillance systems are intended to follow certain basic principles and are evaluated accordingly [5,6]. Furthermore, surveillance should be reserved for conditions that have substantial public health consequences. Each system should have clearly defined objectives, and the actions taken in response to a reported case should be those considered useful for public health management. Surveillance systems should have simple case definitions, should not involve gathering difficult-to-access information, and should be flexible when new information is learned about a disease. Each system should also be sensitive enough to detect a high proportion of cases and to detect outbreaks (epidemics).

Surveillance systems must balance sensitivity (probability of a positive test among those with the disease) and specificity (probability of a negative test among those without the disease) in determining the parameters of disease reporting. An ideal system should have a high “predictive value positive,” which means that the diagnostic criteria the system relies on would produce a majority of true-positive results rather than false positives; the person reported to have a given disease would actually have the disease, not a different condition with a similar pattern of clinical symptoms. For example, a botulism surveillance system that called for reporting of all patients with a hospital discharge diagnosis of paralysis would be very sensitive because nearly all hospitalized patients who truly had botulism would be reported. However, such a system would also lead to many reports of illnesses other than botulism and therefore have poor specificity and a low predictive value positive. Furthermore, each system should be representative so that it captures all cases, whether selection is based on demographics, clinical manifestation, or reporting sources. Finally, surveillance systems should have disease-specific reporting guidelines—immediate reporting for suspect bioterrorism outbreaks, for example—and realistic operating costs.

Typically, state laws mandate that physicians who are licensed to practice in a state learn which diseases are notifiable and the time frames within which they must be reported. The statutes and regulations that govern reporting often include language that imposes fines or imprisonment for failure to comply. Enforcement of such laws is rare, and underreporting is common. Understanding why surveillance is such a vital function of our public health system should help improve compliance. The implementation of electronic disease reporting systems throughout the United States will automate much of the burden of infectious disease reporting, which should lead to more complete and timely reporting and improved recognition of outbreaks. 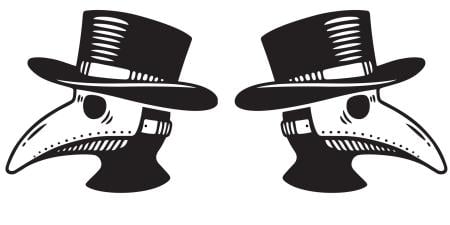