“It is only a matter of time before an avian flu virus—most likely H5N1—acquires the ability to be transmitted from human to human, sparking the outbreak of human pandemic influenza.” So declared Dr. Lee Jong-wook, director-general of the World Health Organization last November [1].

Fortunately, the assertion is as mistaken as it is terrifying.

Looking to the Data

The best-kept secret of the current fuss and, sadly enough, hysteria over H5N1 is that the virus has been in existence well beyond its highly publicized Hong Kong appearance in 1997; the virus was initially discovered in Scottish chickens in 1959 [2]. The virus has therefore been mutating and making contact with humans for 47 years. If it hasn’t become pandemic in that half a century, it’s hardly inevitable that it will.

Indeed, blood samples collected from rural Chinese in 1992 show 2-7 percent of those sampled were infected with some variant of H5; by extrapolation to the larger population, this equates to many millions of people [3]. Experts such as microbiologist Peter Palese of the Mount Sinai School of Medicine in New York believe that more than a million of these infections could have been H5N1 infections, although samples were not tested for variants of neuraminidase, a surface antigen, the “N” in H5N1 [4].

The Chinese data demonstrate that if H5N1 were going to become pandemic in humans, “ it should have happened already,” Palese wrote in an e-mail on February 3, 2006. “Probably an H5 can’t make it in humans,” he suggests, referring to the virus’s ability to go beyond the original host. This cross-species infection can occur via either mutation or “reassortment.” Reassortment means a host is infected by RNA segments from 2 different flu strains, giving rise to a third strain combining various traits—including theoretically one with the virulence and pathogenicity of H5N1 and the human-to-human transmissibility of an A or B strain of seasonal flu.

The Chinese serological data also help supply evidence that discredits the notion that H5N1 kills half its victims [5]. The 50 percent figure reflects bias selection in that it is based only on those who become sick enough to come to the attention of authorities [6].

Furthermore, if H5N1 isn’t the particular strain likely to start a pandemic, there’s no reason to expect that any virus will cause a pandemic in the near future. Yet a near-future pandemic seems to be our only serious public health concern.

More Prepared than We Think

In reality, our ability to handle a potential pandemic is more than trivial. Everyday, stockpiles of the neuraminidase-inhibiting antivirals, Tamiflu and Relenza, continue to grow, while manufacturing plants are converted to produce even more. New antivirals such as peramivir are being tested on the grounds that they may be as effective, or more so, than current antiviral standbys. These new drugs are also touted as superior in their ability to stave off resistant influenza strains because they are administered by injection, rather than by means of the readily abused Tamiflu pills and oral solutions [7,8].

Vaccines are currently in development using reverse genetics to replicate only the antibody-provoking part of the virus. This speeds up the process of “seeding” chicken eggs to grow vaccine and prevents an avian virus from killing the avian egg [9]. Furthermore, eggs are being replaced by cell culture growth conditions in vaccine production. Several types of vaccines are already produced in this medium and H5N1 vaccine soon will be. This technology could triple the speed of vaccine production [10].

The potential to develop the capacity to stockpile vaccines instead of producing annual batches is promising. Two different research teams have used a crippled adenovirus as a carrier for a hemagglutinin surface protein (the “H” in H5N1) to provide complete protection from H5N1 in rodents. Regardless of whether the vaccine was made from a 1997 H5N1 strain or a 2005 strain, it offered cross-protection against the other [11,12]. Scientists at Chiron Corporation tested blood from people who had received an experimental vaccine against a 1997 strain of H5N1 bird flu and found that it provoked a powerful cross-reaction from a strain that killed several Vietnamese in 2004 [13]. These data counter the oft-heard claim that we can’t develop a vaccine until H5N1 becomes pandemic, since the pandemic strain will necessarily differ slightly from the current strain found in birds [14].

With each new human case of avian flu, we’re warned yet again that pandemic H5N1 could be upon us any time, long before we’re prepared. These pronouncements reflect media ignorance of how viruses change and a failure on the part of those who know better to correct them. Despite what we commonly hear, H5N1 is not mutating, even slowly, toward becoming a pathogen capable of causing a pandemic.

There are no evolutionary pressures upon H5N1 to become more efficiently transmitted either from bird to human or from human to human; the virus mutates randomly. No thief listening with a stethoscope is picking a lock on Pandora’s pandemic box one tumbler at a time. Rather, as one mutation brings the virus closer to human transmissibility, another is just as likely to draw it farther away.

We’re also routinely told that we’re “overdue” for a pandemic, with H5N1 the likeliest cause. Insert the search terms “avian flu,” “pandemic,” and “overdue” into Google and you’ll get about 35 000 hits. The director of the National Institute of Allergy and Infectious Disease, Anthony Fauci, insists we’re “overdue,” explaining that there were 3 pandemics in the 20th century and the last was in 1968. It’s been 38 years since the last pandemic [15]. Yet the time between the second and third pandemics was only 11 years. There’s no cycle. As risk communication experts Peter Sandman and Jody Lanard say, the “overdue pandemic” is mere superstition [16].

The Role of Modern Medicine

More harm comes from working assumptions that the next pandemic could be on par with the worst in history, the 1918-1919 Spanish flu. The main champion of this worst-case scenario is University of Minnesota School of Public Health professor Michael Osterholm. He extrapolates the estimated death toll from the Spanish flu to today’s population and generates an oft-quoted estimate of 180 to 360 million deaths worldwide were such a pandemic to occur today [17].

The comparison certainly gets headlines, but regardless of either the virulence or pathogenicity of any human-to-human transmissible flu, it’s folly to ignore almost 8 decades of medical advances. In 1918 there were no antiviral medications. You couldn’t map out a viral genome, much less do so in about a week’s time as was done with severe acute respiratory syndrom (SARS) 3 years ago [18,19]. In 1918, there was absolutely no hope of developing a wide-scale vaccine before the pandemic burned out on its own. Most importantly, perhaps, there were no antibiotics and no pneumococcal polysaccharide vaccine (PSV). One PSV injection protects against 23 of the deadliest types of pneumococcal bacteria, has proven effective in reducing deaths secondary to influenza infection, and can be delivered well in advance of any pandemic [20]. Developments in communication and transportation have greatly advanced in the last century, ie, the ability of people to get to places where a vaccine is being delivered.

Indeed, the value of antibiotics is perhaps the most overlooked distinguishing factor between the historic influenza pandemic and any pandemic that would occur today. Another champion of the Spanish flu paradigm is Laurie Garrett, author of the alarmist 1994 book The Coming Plague [21]. Garrett wrote an influential Foreign Affairs article in 2005 declaring that while, “most strains of the flu do not kill people directly,” the Spanish flu “was a direct killer.” She adds, “Had antibiotics existed, they may not have been much help” [22]. She couldn’t be more wrong.

There are real indications that the Spanish flu was more likely to kill directly than subsequent pandemics. But even here, anecdotal evidence of people suddenly dropping dead on trolley cars can be deceiving. “Often influenza victims seemed to recover, even returned to work, then suddenly collapsed again with bacterial pneumonia,” explains John Barry, in his 2004 Spanish flu book, The Great Influenza [23]. In 1918, most people died in the fashion of subsequent flu epidemics and pandemics. “Autopsy records from New York City found that most of the deaths [from Spanish flu] occurred at the end of the first week and beginning of the second,” according to a phone interview with University of Virginia virologist Frederick Hayden on October 15, 2005.

Researchers at Stanford University have assembled a Web site that quotes from the medical journals of the time, such as this from the British Medical Journal of 1918: “The principal danger of an influenza infection was its tendency to progress into the often fatal bacterial infection of pneumonia.” Commenting generally on these journals’ observations, the Stanford site says, “It was this tendency for secondary complications that made this influenza infection so deadly” [24].

There is no gain in spreading an epidemic of hysteria. One price we’re already paying is that people take antivirals like Tamiflu before they have any symptoms of disease. This contributes to viral resistance to medications, as it has in southern Vietnam [26]. Another problem with public hysteria is that while we stockpile Tamiflu and utilize other expensive, second-line measures that should be reserved for those situations in which a pandemic has taken hold, we ignore first-line measures that can prevent the development of a pandemic in the first place. These options include vaccinating poultry, eliminating infected flocks, and showing Asian farmers how to have as little contact with their birds and bird droppings as possible.

To some extent these actions are already under way, but many of the regions most directly affected include impoverished nations that cannot afford vaccinations for all poultry and may not have funds to reimburse farmers for killing all suspect birds. The result is endangered fowl left unvaccinated and alive. Developed nations need to become as involved as possible in containment efforts of developing nations, providing both expertise and financial support. To the extent that there is any risk of pandemic avian flu, it can be reduced to zero by eliminating bird-to-human transmission [27].

In conclusion, the panic we induce today will come back to haunt us. Americans still remember the swine flu fiasco in which a single death led to hysteria followed by a national vaccination program that itself appeared to cause an outbreak of disease [28]. SARS led to 750 stories in the New York Times and Washington Post—about 1 per death worldwide [29]. Indeed, SARS fell rather short of the New Scientist claim that, “it now seems clear that in the absence of a cure or a vaccine, SARS could eventually kill millions” [30]. The false fears we sow today we shall reap in the future as public complacency if a monster truly appears at the door. 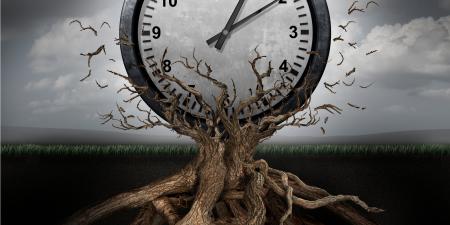 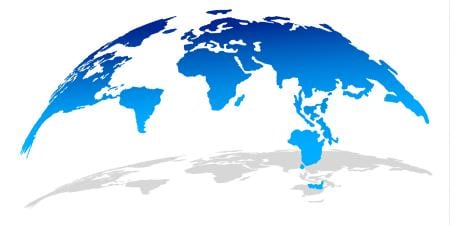