Drs. Johnson and Blake were grabbing a quick bite in the hospital cafeteria. Both were second-year residents in internal medicine, but on different teams. Dr. Johnson's team was headed by a hospitalist (Dr. Norwood), while Dr. Blake's team was headed by rotating attending physicians who came through for 2-week, in-house assignments and then went back to their regular academic and clinic responsibilities. For the current, 2-week block, the general internal medicine attending was Dr. White.

In conversation, Dr. Johnson brought up a patient he had been especially concerned about for several days. “Remember the patient I told you about with cirrhosis? Mr. Hanson? His ascites and edema are out of control. We tapped him just 2 days ago and the fluid's already reaccumulating. When we rounded this morning, Dr. Norwood had us order a transjugular intrahepatic portosystemic shunt (TIPS) for him. It's scheduled for tomorrow morning. I sure hope it gives the guy some relief; he's not looking good.”

“Funny you should bring up that case,” his friend said. “Mr. Hanson is one of Dr. White's clinic patients so I asked Dr. White if we had time to stop by Mr. Hanson's room this morning, even though he isn't assigned to our team, because you had mentioned him the other day. We did stop in and, when Dr. White saw the TIPS order, he launched into quite a lecture.”

“Why? What about?” Dr. Johnson asked.

“Oh, Dr. White said that he's sure it's a good decision from the hospital's point of view; the hospital can discharge Mr. Hanson and free up a bed. But then Mr. Hanson goes home, starts getting confused and not taking his meds, and shows up in the clinic. Poor Mr. Hanson has just traded his ascites for encephalopathy.”

“That sounds like a reasonable argument against doing it. What do you think?” Dr. Johnson asked.

“Right,” said Dr. Johnson. “Like you want to be the one to go to Dr. Norwood and suggest that this is a great ‘teaching moment' and that he and Dr. White should examine this clinical decision together for our edification.”

This is an interesting scenario that highlights questions in ethical decision making in caring for hospitalized patients. Central to this issue, particularly for patients with very serious illnesses, are the potential risks and benefits of the specific intervention. Dr. Johnson seemed surprised to learn of the significant risk of post-TIPS portosystemic encephalopathy. And Drs. Norwood and Johnson have ordered this procedure without discussing the risk to the patient.

Until about 1990, an attending physician's active participation on the general medicine service was limited, and the service was essentially run by house staff. The attending physician was available, reviewed all charts, and helped when asked. Nevertheless, he or she was able to bill for all interventions the patients received. In that model, not all patients routinely benefited from the more-experienced physician's knowledge. On the other hand, senior residents and interns felt a sense of ownership and responsibility for their patients. The new legislation made it illegal for the attending physician to bill for patient care unless he or she could document having directed the care. The attending physician's role in patient care decisions increased as a result of the new reimbursement legislation, and house staff autonomy eroded, sometimes causing residents to feel less responsible for patient-management decisions.

In our case scenario, the teaching service team appears to have a hands-on attending physician, Dr. Norwood, who ordered the TIPS intervention without discussion. One of Dr. Norwood's residents, Dr. Johnson, discovered information at lunch with his friend that could greatly impact the clinical course for the patient—and in time to do something about it—which creates an obligation for him to act on the information. TIPS may be the correct course, but if a reasonable doubt exists, the decision should be examined.

The patient needs to have some voice in this decision also. Diuretic-refractory ascites is one indication for TIPS, but the patient must be aware of the subsequent risk for encephalopathy. The most sacred premise in medical decision making is recommending what is best for the patient—and that may not be the same for every patient. Is the patient so miserable he welcomes the relief offered by the procedure, or is he deathly afraid of encephalopathy? Presumably, it fell to Dr. Johnson to explain the TIPS decision to Mr. Hanson, but we are not told that he did.

Another aspect of hospital care is communication with the patient's primary doctor. Unless a procedure is emergently needed, consultation with the primary care physician is always an asset to decision making. Drs. Norwood and Johnson should have routinely contacted the physician Mr. Hanson saw in the clinic—Dr. White—for recommendations at the time the decision was being considered. This is not only courtesy; it is essential for follow-up management. Dr. White was correct—the patient may very well come to the clinic with encephalopathy in 3 weeks.

Dr. White incidentally discovered that Mr. Hanson was scheduled for a procedure that he believed would adversely affect his life—but it appears he only mentioned it to the house staff team. Dr. White even suggested that the decision was made from “the hospital's point of view” in order to “free up a bed,” and presumably he was still content to walk away and wait for the patient to show up at the clinic, “having traded his ascites for encephalopathy.” Unless Dr. White intervened after his “lecture” to the residents, his action is unconscionable. Having seen Mr. Hanson in the clinic, Dr. White had an obligation to intervene on Mr. Hanson's behalf, if he truly believed the plan of care was not in his patient's best interest.

Medicine is the process of diagnosis combined with therapeutic decision making. Routine illnesses, such as community-acquired pneumonia, are essentially treated by a decision tree and do not require detailed discussion. Likewise, when a patient is being evaluated, no extensive discussion, other than explaining what the anticipated work-up will entail, is needed prior to low-risk diagnostic procedures, such as ultrasound and lab work. On the other hand, therapeutic interventions that carry risks for complications or compromised lifestyle require patient understanding and agreement. No one would start chemotherapy or radiation therapy without extensively explaining to the patient the risks and benefits anticipated from this therapeutic option. Clearly, the TIPS treatment option was not discussed with Mr. Hanson before it was ordered.

Anyone's best interest can only be assessed after considering his or her fears and desires. Some people are bold risk takers and willing to try aggressive management with high risks. Others would rather live with the illness than undergo painful procedures. Patients should be given information in a way they can understand, followed by the physician's recommendations. With that data, the patient may express his or her personal concerns and desires for the anticipated course of treatment.

In this scenario, it appears that Mr. Hanson was not included in the risk/benefit analysis of the planned TIPS procedure. Actually, not even the house staff were included in the discussion. There are several types of shunts used in the TIPS procedure. The larger the shunt, the more likely the patient is to develop encephalopathy. In some cases, the shunt can later be reversed or, in some institutions, it can subsequently be mechanically reduced—these options might greatly influence the patient's decision to proceed or not.

Other concerns include the reliability of the patient. If Mr. Hanson is unable to comply with the post-procedure medication regimen, as Dr. White suggested, the risk of encephalopathy increases. This is another important reason for including the primary care physician in the decision analysis—he or she may have better insights concerning the likelihood that the patient will successfully manage follow-up care.

The hospital's interest plays a role in patient care decisions but is not the primary concern. Patient length of stay is important, especially in the present environment of declining hospital revenues, and hospitalists are encouraged to move patients to the outpatient setting as soon as possible. That said, if this were, in fact, the motive to proceed with the TIPS rather than inhospital diuresis, that would be a great disservice to Mr. Hanson—who is trusting that the decisions will be made in his best interest—and could be deemed unethical.

Dr. Johnson already knows the correct ethical course. He should go to Dr. Norwood—with data in hand on TIPS procedures—and suggest that this is a great “teaching moment.” Open discussion between Drs. Norwood and White would undoubtedly prove helpful to the house staff involved. Perhaps even more importantly, the discussion would be a great benefit to Drs. Norwood and White. 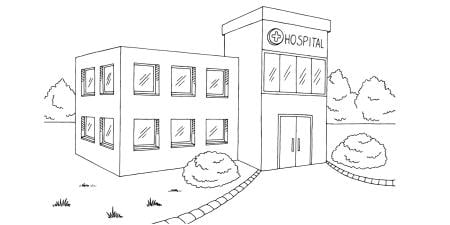 Evolution of Hospital Medicine as a Site-of-Care Specialty 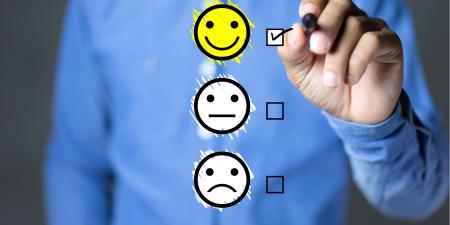 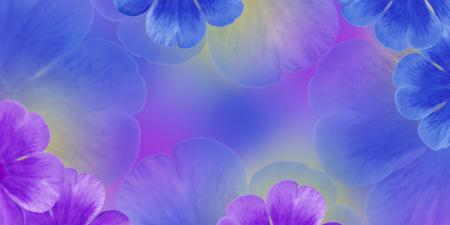 A Transition in Obstetrics 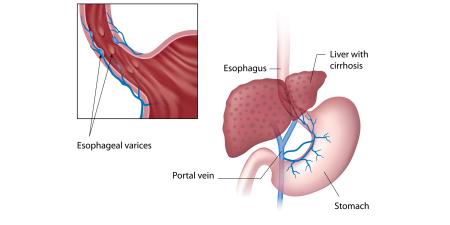 Indications for Use of TIPS in Treating Portal Hypertension