From Conflict to Collaboration

The relationship between anesthesiologists and surgeons has evolved since the first anesthetic was delivered in 1846 by William Morton.1 In caring for the patient, the helper or assistant to the surgeon was initially seen as subservient to the master surgeon.2,3 The surgeon was the captain of the ship who was in control, and those assisting were perceived as being members of the crew. With the specialization of medical care in the first half of the 20th century, however, the relationship became more collaborative in nature, since the anesthesiologist had become a specialist and functioned as a consultant.4 Further subspecialization affected the relationship, as new fields such as cardiac and pediatric surgery were developed beginning in the 1950s.5 The development of enhanced recovery after surgery protocols, the perioperative surgical home, and surgical navigation have enabled the anesthesiologist to become a perioperative physician and the surgeon to become more involved from the initial diagnosis and plan for surgical intervention to the postoperative care of the patient.

This article considers the nature and scope of these transitions in recent histories of both professions. The time periods covered by this essay will be divided into 3 main parts: the initial operating rooms of the late 1800s to 1950s, the late 20th century, and the new millennium. During all these periods, the relationship between surgeons and anesthesiologists benefited from technological advances.

Since the start of modern surgery in the second half of the 19th century, the personnel performing anesthesia were usually fellow surgeons, physicians, or nurses who offered to help the surgeon in caring for the patient by administering a limited number of agents or medications.6 At the time, administration of anesthetics was an art or craft and not a very scientific endeavor.2 The surgeon usually demanded complete control since the competency of the anesthesiologist or anesthetist would not be known, given the lack of training standards.7 The patient belonged to the referring physician; the surgeon performed the procedure, and the person who anesthetized the patient was left with certain responsibilities, such as selecting from a limited number of medications and monitoring the equipment. Nevertheless, legal and procedural consequences of this relationship emerged during this period, as both professions continued to develop independently of one another.

The legal ramifications of the relationship: stormy waters. If a crisis developed or poor results were obtained, then the legal implications of the relationship were brought to the forefront.2 Who was responsible for a poor outcome, the surgeon performing the operation, the assistant administering the medications or agents to the patient, or both? Did it matter if the patient aspirated prior to surgery or bleed to death during the procedure or postoperatively? Both had responsibility when it came to patient care and in cases of error. The question became whether the anesthetist was really the legal “servant” and the surgeon the legal “master” and therefore responsible for the actions of the anesthetist.8 With the increasing specialization of anesthesiology and surgery, 20th-century case law delimited the roles and legal liabilities of anesthesiologists and surgeons in the operating rooms.8

The modern relationship between surgeons and anesthesiologists can best be described as one of fellow collaborators.

The development of the relationship: making waves. Historically, the surgeon may have picked the anesthesiologist who was a friend, fellow surgeon, or colleague. Surgeons chose among a group of physicians or nurses who shared an interest in medicating patients or who had developed expertise in the area. After the development of board certification, anesthesiologists usually assigned which procedures they would partake in themselves. The surgeon no longer just picked his or her favorite anesthesiologist, as expertise and training in subspecialties affected who worked in specific areas within the hospital. Different systems for scheduling cases and communication errors in the operating room highlighted the need for better communication between the anesthesiologist and the surgeon whether they were in private or academic practice.9,10

Cardiac surgery. The advent of cardiac surgery and use of cardiopulmonary bypass machines in the 1950s highlighted the need for better communication in the operating room,11 as exemplified by Walton Lillehei and his group at the University of Minnesota in their pioneering work on open-heart surgery.12 The challenge of anesthetizing and operating on 2 patients simultaneously during bypass surgery demanded that surgeons and anesthesiologists coordinate care for the patient with less emphasis on their hierarchical relationship. As cardiac surgery progressed, the use of pacemakers and the development of many byproducts related to the management of cardiac disease also necessitated better collaboration. For example, cardiac transplantation, which was developed in the 1960s, required excellent communication to optimize the timing of the procedure and overcome the many difficulties that occurred during these cases. Another example of good teamwork was the use of cardiopulmonary bypass, which required surgeons to recognize the need for the anesthesiologist to use vasopressors and begin ventilation once the patient came off the cardiopulmonary bypass machine and the heart started beating.

Pediatric surgeon and crews navigating smaller vessels. Pediatric surgery is another area where good communication has occurred between anesthesia and surgery subspecialties. The care of children involves not only the patient but also the family, as both the anesthetic and the surgical risk must be communicated to the parents—for example, in deciding whether to proceed with elective surgery for a child with a recent upper respiratory infection. A great working relationship between anesthesiologists and surgeons is also observed during a pediatric or trauma code, which requires that team members respect each other’s expertise and contribute to the common goal.

Other surgical subspecialties controlling different course. In certain surgical subspecialties, such as orthopedics, ophthalmology, and gynecology, specialists have their own unique relationships with anesthesiologists. In orthopedics, for example, surgeons and anesthesiologists agree on the use of neuraxial and regional rather than general anesthesia in patients undergoing procedures, based on their clear understanding that regional anesthetic techniques have better outcomes than general anesthesia.13 In contrast, most ophthalmologists perform the majority of their cataract surgeries with local anesthesia and therefore without an anesthesiologist,14 so confusion might exist as to when a patient might require general anesthesia if restless, scared, or claustrophobic. Although the ophthalmic surgeon might prefer that the patient be immobilized, the important point to remember is that the patient might need further optimization before proceeding with a general anesthetic. The use of laparoscopic and robotic surgery in gynecology provides another example of the need for good understanding of the challenges that can occur during procedures because the surgeon and anesthesiologist now must observe what occurs on the video screens of the operating room. Robotic surgery presents a further challenge, as access to the patient is limited and a robotic “third person” has its own requirements alongside those of the anesthesiologist and the surgeon.

Better communication and cooperation in this era of specialization and technical advance most likely was fostered by surgeons’ improved understanding of anesthesia and greater emphasis on trust and coordination than a hierarchy of command.

The modern relationship between surgeons and anesthesiologists can best be described as one of fellow collaborators. While both are leaders in their respective areas, they must learn to work together on the same patient, in the same intense environment, in respectful harmony. The 2 physicians in this relationship can share, yield, or compete for leadership in a variety of contexts and situations.15,16

Shared leadership. The surgeon and anesthesiologist can share leadership roles in a variety of contexts, including in multidisciplinary efforts to improve patient outcomes. One example is the perioperative surgical home model of patient care. In this model, anesthesiologists take an active role in many aspects of perioperative management and care coordination alongside their surgery colleagues.17,18 Another example of shared decision making is the development and execution of an airway management plan for a patient with a large obstructive airway mass. In such cases, the patient’s outcome critically depends on decisions jointly made by—and informed by the expertise of—members of the physician team. A surgeon will be focused on resecting a large tumor in the airway, while the anesthesiologist will ensure that the patient remains not only still but also oxygenated for the procedure.

Yielded leadership. There are times in which critical decision making is yielded to the physician with the most experience or expertise in the situation. An example would be acute intraoperative hemorrhage, in which the physician best suited to stop the bleeding would be the surgeon. In this example, the surgeon takes the lead in fixing the problem, whereas the anesthesiologist assumes the role of running a code and temporizing the situation with resuscitation. In the end, the patient benefits from the specialists’ shared understanding of each other’s role in a crisis.

Competition for leadership. When the 2 physicians appear to compete for leadership roles, it is generally in the context of administrative rather than patient care matters.

At the heart of the surgeon’s and anesthesiologist’s collaborative relationship is mutual respect and understanding of each other’s roles. Over time, as they work together, the 2 physicians learn each other’s style and expertise. What is unique about the surgeon-anesthesiologist relationship is that interactions are often transient. Most surgeons, especially in large practices, do not work with the same anesthesiologist every day. As such, it may take years of practice in the same institution to fully develop this relationship. In contrast, small practices and specialized areas of surgery (eg, hybrid cardiology, cardiac surgery) and anesthesiology (eg, cardiothoracic and pediatric anesthesiology), in which innovative and complex procedures are performed, might foster these relationships sooner.

Abusive and Disruptive Behavior in the Surgical Team

The History of Professionalism in Anesthesiology

How Should Emergency Department Clinicians Respond to Unmet Dental Needs? 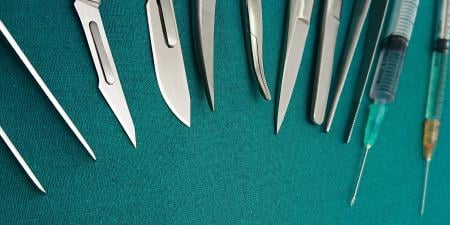 Bringing Down the Drapes 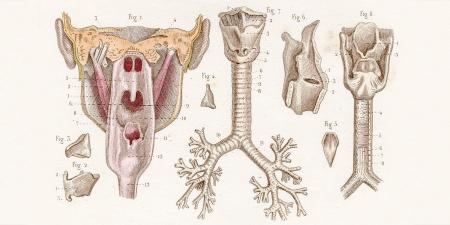 Who Should Manage a Patient’s Airway? 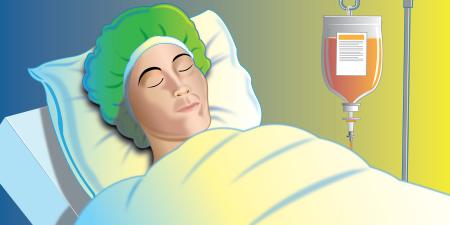 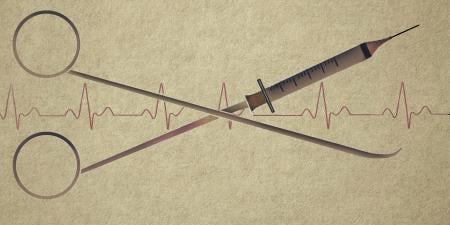