Litigation over silicone breast implants started with a bang and ended with a whimper. Lawsuits alleging such harm as cancer and autoimmune disease raked in millions of dollars throughout the 1990s, putting silicone breast implant manufacturers out of business or in danger of bankruptcy. With the assistance of “silicone doctors” who used minimal scientific evidence to support their claims, plaintiffs had stunning success. The wave of silicone breast implant lawsuits was largely a result of public opinion and aggressive pursuit of lawsuits by plaintiffs’ attorneys—not medical evidence.

The Stern lawsuit went largely unnoticed until 1990 when, on the eve of congressional hearings on the safety of breast implants, a program on the dangers of silicone implants aired on Face to Face with Connie Chung [2, 4]. Interestingly, the only three scientific experts who testified at the subsequent congressional hearings were also paid expert witnesses for plaintiffs in breast implant litigation [2]. Pressured by congressional hearings and media reports, the FDA’s General and Plastic Surgery Devices Panel met to discuss the safety of silicone breast implants [2]. Medical organizations, including the American Medical Association, urged the panel to oppose a ban on implants. The panel agreed that silicone breast implant manufacturers had submitted safety data insufficient to resolve the issue and recommended that the implants remain available pending further safety studies [1, 2].

The year 1991 brought a number of substantial jury verdicts for plaintiffs in silicone litigation. In July, Brenda Toole won a $5.4 million settlement based on the claim that breast implants increased her risk of developing cancer and autoimmune disease, though the punitive damages were reversed because the defendants had not exhibited wanton disregard for safety [5]. In December, Mariann Hopkins, whose connective-tissue disease was linked to her ruptured silicone breast implants [3], received the largest award to date—$7.3 million. In December of 1991, media frenzy over silicone breast implant litigation hit a fever pitch with the Pamela Johnson lawsuit. Johnson claimed that a ruptured silicone breast implant manufactured by MEC had caused her to get sick [2]. Johnson, who was a smoker [4], had no recognized autoimmune disease; rather, she testified that she suffered from a variety of nonspecific complaints—chronic fatigue, muscle pain, joint pain, headaches, and dizziness—that even her lawyers admitted could characterize a bad bout of flu [3]. Johnson had gotten breast implants for cosmetic reasons, a fact that could have decreased jury sympathy for her situation, and there was evidence that Johnson’s doctor performed the implantation procedure improperly [2].

Johnson’s lawyer, John O’Connor, relied on PR and sympathy to win the case. O’Connor hired a public relations firm that gave interviews to Phil Donahue and 60 Minutes, and the trial was broadcast in its entirety on Court TV. At trial, O’Connor set up a rebuttable presumption, asking the jury to hold MEC liable unless the company could prove that they knew their implants were safe at the time they marketed them. O’Connor used to his advantage an outline of a speech MEC’s president gave to his employees, during which he said the “goals of MEC” were not to help patients, but to help lead MEC employees down the “path to the good life” [2]. O’Connor’s tactics worked; the jury awarded Johnson $25 million, including $20 million in punitive damages, after finding that Johnson’s ruptured implants were linked to her symptoms [2, 3]. O’Connor’s law firm quickly capitalized on the win, filing hundreds of lawsuits by the end of 1992.

The effects of litigation spread quickly throughout the industry. Perhaps as a result of pressure from the FDA, in February Dow Corning released confidential internal memoranda that acknowledged that the company had known for decades that silicone gel would seep out of the implants. Dow Corning was quick to add, however, that it did not believe that such leakage caused health problems [2]. Around the same time, the FDA took action, placing a ban on the use of silicone breast implants outside of FDA-approved research studies. In effect, the only women allowed to receive implants were those undergoing breast reconstruction for mastectomies or deformities and those who wanted to replace a gel implant that was put in for augmentation prior to the restrictions [1, 2, 3]. By the end of 1992, manufacturers Dow Corning, Bristol-Myers Squibb, and Bioplasty had all left the silicone breast implant business [3].

1992 was also the year in which studies began to emerge that failed to show a link between silicone gel breast implants and certain medical conditions. In April, Plastic and Reconstructive Surgery published a study that found no increase in the incidence of breast cancer in women who had received breast implants [6]. The New England Journal of Medicine soon followed with a study that concluded that breast implants did not substantially increase a woman’s risk for breast cancer [7]. Perhaps as a result of these studies, lawsuits from 1993 onward focused less on claims that silicone gel breast implants caused cancer and more on claims that the implants caused diseases of the immune system [2].

Despite these studies, 12,359 individual lawsuits had been filed against Dow Corning by the end of 1993, and the class action lawsuit showed no indication of stopping [3]. Movement in 1993 and 1994 brought class actions regarding silicone gel breast implants close to settlement. In September of 1993, defendants Dow Corning, Bristol-Myers Squibb, Baxter International, and Minnesota Mining & Manufacturing (3M) tentatively agreed to a consolidated $4.75 billion settlement. This settlement later collapsed, however, because of a high volume of class action plaintiffs. In March of 1994, after Dow Corning filed for Chapter 11 bankruptcy, the remaining manufacturers agreed on a settlement that more than 90 percent of the class action plaintiffs accepted [2]. At $3.4 billion, it was the largest class action settlement to date [2]. Preliminary approval was obtained in March 1994, clearing the way for women to start applying for claims in the settlement [3].

In June of 1994, the New England Journal of Medicine published a study by Mayo Clinic epidemiologists that found no increased risk of connective tissue disease in women with silicone gel breast implants [8]. In 1995, the Journal followed with yet another study—this one larger and more refined—that found no association between implants and connective tissue disorders. As a result of the studies, the American College of Rheumatology issued a statement in 1995 asserting that the evidence was “compelling” that “silicone implants expose patients to no demonstrable risk for connective-tissue or rheumatic disease,” and that “anecdotal evidence should no longer be used to support this relationship in the courts or by the FDA” [2, 3]. In 1997, the American Academy of Neurology reviewed existing silicone gel breast implant studies and concluded that there was no link between the implants and neurological disorders [9]. In the same year, the Journal of the National Cancer Institute published a review of studies and concluded that breast implants did not cause breast cancer [10].

The courts took notice of the shift in the medical literature. In 1996, after receiving input from a panel of impartial scientists, a federal judge from Oregon ruled that plaintiffs’ evidence linking silicone implants to disease was scientifically invalid. Soon after, an Alabama judge overseeing all federal implant cases appointed his own panel of scientific experts. After 2 years and $800,000, the panel concluded that scientific evidence failed to show that breast implants caused disease [3].

The tide was turning. The New York Times reported that breast implant manufacturers had won 80 percent of the cases against them [3]. In 1999, the Institute of Medicine published a 400-page report that concluded that, although silicone gel breast implants were potentially responsible for such local complications as hardening or scarring of breast tissue, implants did not cause autoimmune disease [1, 3, 11]. The report stressed, however, that breast implants carried with them recurring surgical risks because they would eventually rupture and have to be surgically removed or replaced [1]. Finally, the FDA lifted the ban on silicone gel-filled breast implants in 2006 after an in-depth evaluation [12].

An Ethics Warning for Physicians

Lawsuits alleging harm from silicone gel breast implants were successful largely because of the support of a group of “silicone doctors” who approved women for inclusion in the class of plaintiffs. These doctors claimed to trace a broad range of symptoms (chronic fatigue, insomnia, depression, headaches, and muscle or joint pain) to silicone poisoning [2]. Doctors received referrals in bulk from plaintiffs’ attorneys, who were known to fly them around the country to see patients and offer their law offices as exam rooms [13]. In some cases, plaintiffs’ lawyers paid the doctors’ medical bills (a practice barred by some states); in other cases, doctors agreed to defer payment of their patients’ bills until after the lawsuit was settled (a practice bioethicist Art Caplan called “somewhere between slimy, skuzzy and sleazy”) [13].

One doctor who treated more than 4,700 women with implants, most between 1993 and 1995, reported that lawyers had referred over 90 percent of his patients. He had found that 93 percent of the women had been harmed by silicone gel breast implants. This doctor’s privileges had been suspended by at least one hospital after it concluded that he had failed to visit implant patients as frequently as hospital guidelines required and had not adequately documented their treatment [13].

Medical experts also questioned whether the “powerful drugs and painful, expensive tests administered by some of these doctors” were appropriate [13]. Because no consensus existed for how to treat the symptoms described, some doctors prescribed treatments such as “intravenous gamma globulin, ordinarily used in rare clotting disorders; plasmapheresis, sometimes used in rare immune disorders; and the cancer drug Cytoxan” [13]. At the time, such treatments cost as much as $40,000 and carried the risk of serious side effects [13].

The silicone breast implant litigation of the nineties is notable for way in which judges and juries overlooked an astonishing lack of scientific evidence, while plaintiffs and their attorneys raked in millions. The hysteria and hype that the lawsuits generated caused some medical device companies to go bankrupt or leave the implant market altogether.  More recently, doctors’ roles in asbestos litigation have prompted the U.S. Chamber of Commerce to call for an investigation into their conduct (and that of lawyers) in the “explosion of meritless and abusive asbestos claims” [14]. While physicians have an affirmative duty to “assist in the administration of justice,” those who are involved in litigation must testify honestly, without the influence of financial compensation [15], and with the interests of patients in mind. 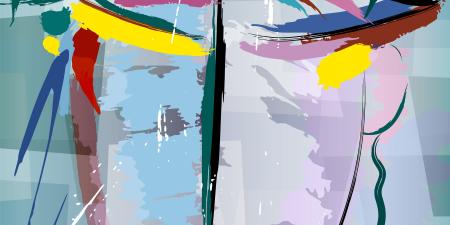