Social media channels such as Twitter, Facebook, and LinkedIn have been used as tools in health care research, opening new horizons for research on health-related topics (e.g., the use of mobile social networking in weight loss programs). While there have been efforts to develop ethical guidelines for internet-related research, researchers still face unresolved ethical challenges. This article investigates some of the risks inherent in social media research and discusses how researchers should handle challenges related to confidentiality, privacy, and consent when social media tools are used in health-related research.

The three most commonly used social media websites are Twitter, Facebook, and LinkedIn [1-3]. These increasingly popular social networking sites are used by the public, professionals, and students to gather and share information. Among internet users in the United States, approximately 78 percent used social networking sites in 2016 [4], and the sharing of information on these networks is changing communication patterns [5]. Accordingly, social media websites are becoming valuable research tools, particularly in the area of health care [6].

Social media channels offer a number of opportunities for researchers to initiate studies on:

Thus the use of social media websites as research tools can bring new insight and possibly enhance understanding of how health-related communities meet different needs [18].

Given the potential of social media websites as research tools, this article aims to investigate some of the associated risks and to discuss how researchers should handle these challenges when designing their research. This article particularly addresses confidentiality, privacy, and consent as they apply to internet research as well as ethical issues specific to social networking sites.

While one may argue that regardless of the design and purpose of social media websites (channels) all information conveyed through social media should be considered public and therefore usable in research, such a generalization is incorrect and does not reflect the principles we follow in other types of research. The distinction between public and private online spaces can blur [19], and in some situations it is difficult to draw a line. Moreover, as discussed later, social media channels operate under different rules than research, and thus using these tools in research may raise a number of ethical concerns, particularly in health-related research [20, 21].Good research practice fortifies high-quality science; ethical standards, including integrity; and the professionalism of those conducting the research. Importantly, it ensures the confidentiality and privacy of information collected from individuals participating in the research [22]. Yet, in social media research, there are challenges to ensuring confidentiality, privacy, and informed consent.

Privacy. Compared to face-to-face encounters, social media connections erase any geographical boundaries and make social cues of limited use. Depending on users’ privacy settings, their personal profiles may be exposed to other users from other cultures, communities, and different walks of life who are included in the social network but are not known to them. Users might not even trust the other users who can view their profiles if they became aware of their connection. These automatic exposures inherent in social media networks arguably represent a real concern in regard to privacy [23]. For example, Facebook’s privacy settings are problematic because they are opaque and dependent on the user’s self-education.

The concern about privacy is not just hypothetical. Researchers from the University of Otago Medical School in New Zealand surveyed young medical graduates regarding their use of Facebook; they found that a quarter of the doctors in the sample did not use the privacy options, rendering the information they revealed readily available to the wider public. As a result, they could violate the professional boundary between them and their patients (for example, by posting photos of their admitted patients without obtaining their permission) [24]. While this study does not represent Facebook users as a whole, it does raise the important point that users might not be aware of or concerned about the privacy of their personal information on social media. The privacy options might not be protective as users think; the options provided by Facebook do not guarantee full privacy [25]. The limitations in the system design could also pose challenges for researchers attempting to obtain valid consent.

Consent. Joining a Facebook group gives permission to the entire group to access one’s own information. Therefore, when friends join a Facebook group, they become able to access information available from all the others in the group [23]—for example, a researcher can examine medical interns’ adherence to professional behavior by monitoring their posts and activity. Using social media channels in research allows researchers to access and engage with network members without using mechanisms that ensure that consent is truly informed or provided [26].

The ethical problems associated with this practice are exemplified in a study that provided experimental evidence of the massive scale of emotional contagions propagated through the use of social media networks [27]. The paper received extensive publicity because of the method used. The experiment involved manipulating Facebook users’ newsfeeds, but the participants were not aware of their involvement in the research experiment and were not asked to give informed consent. The paper was published in the Proceedings of the National Academy of Sciences of the United States of America (PNAS) in 2014. The editor of the journal wrote an editorial defending the journal’s decision to publish it, stating, “The authors noted in their paper, ‘[The work] was consistent with Facebook’s Data Use Policy, to which all users agree prior to creating an account on Facebook, constituting informed consent for this research’” [28]. Interestingly, the editor was aware from the corresponding author’s submission that the work “was conducted by Facebook, Inc. for internal purposes” and that for this reason, the institutional review board at Cornell University, where the authors work, “determined that the project did not fall under Cornell’s Human Research Protection Program,” which did not consider the project for ethical evaluation [28]. The editor aimed to justify the journal’s decision to accept the paper for publication in PNAS without its being ethically approved by an institutional ethical review body by explaining that the Common Rule (i.e., federal human subjects protections) does not preclude the use of data collected by a private company such as Facebook [28].

Although the research was arguably unlikely to cause harm and the design helped the authors to come up with strong evidence for their research, scholars raised significant concerns about such a move. For example, Kleinsman and Buckley argued that the research was not ethical because it should have been overseen by an independent review body or ethical committee, and informed consent should have been obtained from participants [29]. This example thus shows that there are different views about ethical concerns in relation to the use of social media in research.

In social media research, participants can be identified either directly or through the internet links related to the websites used, which arouses concerns about the definition of privacy in social media research and the need to evaluate each research study in context and on its own merits [30-34]. Therefore, if the study enables the disclosure of subjects’ responses or statements in a way that might reveal their identity or their place of residence or that exposes them to risks or potential harms (e.g., political, financial, social)—such as research using videos from the war in Syria—it must be approved by an institutional ethical research review committee. The risk in these situations is directed to a particular subject or a group of people whose identity is revealed through social media research [18, 35].

Other factors that should be taken into consideration in assessing a research project that uses social media websites may include the following:

In all research that uses social media channels, researchers have to consider a number of ethical challenges that they might face. While the general principles of research apply to social media research, more attention should be given to specific issues related to social media. The following key issues should be considered as researchers prepare for using social media tools in health-related research:

Currently, there is growing interest in using social media platforms including Twitter, Facebook, and LinkedIn in health care research. However, as shown in this article, there are emerging ethical and professional concerns and risks inherent in social media research that should be carefully evaluated and addressed—particularly regarding confidentiality, privacy, and consent. While these issues present challenges to institutional ethical research review committees and researchers, to the author’s knowledge, currently no US professional societies have issued guidelines or regulations addressing these rising ethical concerns. With the growing interest in health-related research using social media, the regulation of this area should be given priority. The author has listed four recommendations to be used as guiding principles in using social media in health care research.

Why Can’t We Be Friends? A Case-Based Analysis of Ethical Issues with Social Media in Health Care 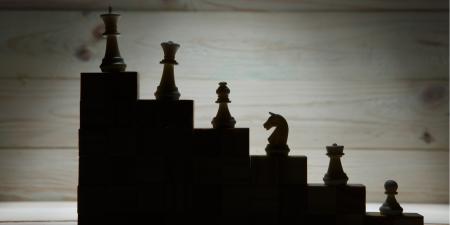 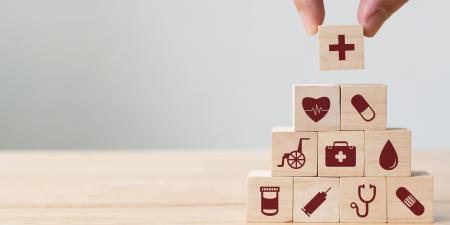 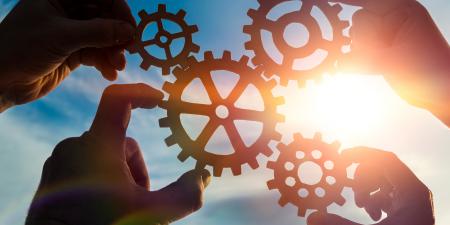 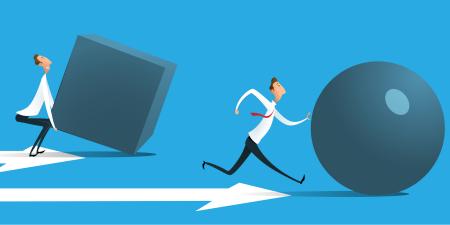 What Should Leaders Do When Inefficiency Is Perceived as a Cost of Inclusivity in Strategic Planning Processes in Health Care?