Dr. Garcia was a pediatrician in private practice specializing in adolescent patients. Her hobby was writing, which she hoped to make a larger part of her career. To that end, she had been keeping a blog on medical issues and local politics. More recently, she had been invited to contribute commentary to the local public radio station.

Tragedy struck in the suburb where she practices. In a scenario that has become all too familiar, a 16-year-old tenth grader named John went to school with a gun, killed two classmates, and injured several others before surrendering to the police. One of Dr. Garcia’s own patients had been shot. In the days following the violence, a few details emerged about John in the media. He was the only child of divorced parents. His father was a drug addict who had cut off contact with his son. Now John lived with his mother. Though he was a good student, he didn’t seem to have many friends at school and had been the brunt of teasing. Classmates were quoted as saying he was “weird” and “a loner.” An English teacher recalled a disturbingly violent short story he had written in a creative writing class the year before. A neighbor described seeing John through the window of his bedroom playing video games at all hours of the day and night. In video footage as he was led to the courthouse, John looked disheveled and was muttering to himself.

Like everyone else in town, Dr. Garcia was shocked and riveted. She was devastated by the shooting and longed to understand what had motivated John to act in this way. Moreover, she had long thought that there was insufficient mental health counseling at the local high school. She followed the media coverage intently and talked of little else with colleagues and friends.

Dr. Garcia believed that video games could desensitize some players to violence. By piecing bits of information together, she had begun to develop a theory about what had led John to such a desperate act. She surmised that he had had a troubled childhood and little support at home or school and was struggling with an emerging mental illness.

A reporter from the local radio station called to ask Dr. Garcia for an on-air interview about the shooting. As an expert on adolescence, Dr. Garcia could add insight into John’s motivations, he said. Dr. Garcia eagerly agreed.

On air, Dr. Garcia said that information coming to light about John from his teachers’ and classmates’ descriptions unfortunately suggested a picture much like that of several other young school shooters in the past few years. She said she suspected that most of them had clinical psychiatric problems that, if the schools had put enough resources into mental health services, could have been identified. It seemed possible, she said, that John had a severe mental illness, such as schizophrenia, and that he carried out the crime while he was psychotic. She went on to say that she had noticed in her pediatric practice that teens who felt ostracized and friendless often turned to videogames in their free time and that their playing only isolated them further. And, yes, she believed that violent videogames could desensitize some habitual players to real violence. The sad case of John illustrated why action needs to be taken on these fronts, Dr. Garcia argued.

The next day at work a senior doctor in her practice, Dr. Humphrey, mentioned that he had heard her on the radio. Dr. Garcia smiled and asked him what he thought.

“To be honest, I was pretty shocked. How could you make such suggestions about a young man you haven’t even met? He’ll be tried in this town. Your opinion carries weight because you’re a doctor. Did you ever think you’d be influencing a jury?”

Dr. Garcia was chastened. When she went home, she read through comments on the online version of her story. Some people endorsed her opinion and others disagreed. But it was true, she realized, that none of them knew what was going on with John. A lot of people disagreed with the policy changes she recommended. A few accused her of using the town’s tragedy to promote her own social agenda.

These are but a few of the places and events that have become tragic pages in American history. Is the price of liberty that we must all learn to acclimate to instances of mass murder?

The sheer number of calamitous events we have seen in recent years has the potential to inure us to violence, lest we become emotionally involved in each horrible occurrence. These events flash through the news cycle like so much grist for the mill; even those that have fundamentally changed our culture eventually fade into memory.

When tragedies affect us, whether personally or at a distance, we grope for explanations as to why perpetrators see fit to harm innocents. We seek to interpret the uninterpretable.

The school shooting in her community personally and professionally affected Dr. Garcia. One of her patients was a victim. Therefore, on a personal level, it’s completely understandable that she became emotionally invested in the shooting. She was grieving injury to or loss of a patient, the loss to the community, a loss of “innocence.”

To mix metaphors, Dr. Garcia was socked in the solar plexus by the tragedy. But as a physician specializing in adolescence, her groping to explain the unexplainable fell right into her wheelhouse.

As a physician-blogger-cum-radio-personality with a growing platform, Dr. Garcia would be looked upon by community members to weigh in on the matter. The fact that she was personally invested in the tragedy would only add to her credibility.

When she appeared on local radio and speculated about the (presumed) killer’s motives, Dr. Garcia had ample data on which to base her assessment: news reports and opinions from friends and work colleagues, mixed with her own theories about adolescent mental health and video games—all creating a narrative that would be of great interest to the radio audience. But her statements raise many ethical questions, as highlighted by both her colleague Dr. Humphrey’s response to her appearance and the differing viewpoints in the comments section of the story’s web version. How should Dr. Garcia have appropriately weighed her duty as a citizen against her duty as a physician in commenting on this case? Was it appropriate of her to use a mass medium to expound on what amounts to a set of her beliefs and opinions, in the absence of direct evidence? How much authority do Dr. Garcia’s public comments carry?

Dr. Garcia is a pediatrician, not a psychiatrist. Therefore, her description of the suspect’s motives or emotional milieu should be given only with a serious disclaimer, explaining that a psychiatric assessment is beyond what she can professionally offer. Her error is in omitting a disclaimer that her opinions are just that—and she should specify that they are in no way more meaningful by virtue of her professional credentials and proximity to the case.

However, as a concerned citizen and member of a caregiving profession (and perhaps as a parent—we are not told), she’s perfectly within bounds to speculate on motives. From the radio station’s perspective, she is a local expert. But she is ethically obligated to inform the station and listeners as to her biases and professional qualifications and limitations.

In fact, the American Psychiatric Association proscribes its members from commenting on the mental health of public figures under a nonbinding rule known as “the Goldwater Rule” [1], which originated after a 1964 magazine article that surveyed more than a thousand psychiatrists about Barry Goldwater’s emotional suitability for holding the office of president. (Goldwater later sued for libel and won a monetary settlement [2].) The fact that many mental health professionals routinely violate the Goldwater Rule does not invalidate it. Those of us in the health professions who are solicited for comments about public events would be wise to heed its rationale, regardless of our specialty [3].

In trying to help the public (and herself) understand an atrocious act of violence, Dr. Garcia is trying to help herself, her patients, and her community. When called upon by the news media for help in understanding the tragedy, Dr. Garcia is seeking to fulfill an obligation to the public to provide reliable, valid medical information [4]. However, in overstepping the bounds of her specialty and offering only conjecture based on hearsay and her own opinions, she is not living up to these societal or ethical expectations.

Dr. Garcia’s foray into radio psychology in the case of the mass shooting potentially alters the mechanics and outcome of the community’s response and law enforcement’s handling of the case. In offering her opinion over a mass medium, she has potentially tainted the jury pool in her community, those neighbors and listeners who are supposed to consider the suspect innocent until proven guilty. Even if she turns out to be correct, by assuming the suspect guilty and speculating about his emotional state she has used her station adversely—despite the solace it may provide to both listeners and herself—because it may influence the trial’s outcome unfairly.

Even if Dr. Garcia had contextualized her comments by stating she was attempting to understand John’s motivations and offering only personal views, she would still have been veering into unethical territory. Physicians’ opinions on matters of medicine, science, and policy are given extra credence by our educational attainment and trusted social role, whether deserved or not. I can think of only one instance in which psychoanalyzing public figures is part of the job description: working as a profiler for a law enforcement agency [5]. Dr. Garcia, though free as a citizen to speak her mind, should have upheld the profession’s and nation’s values by not putting forth speculations that may be given more weight than they deserve, even if events conformed to her professional hypotheses.

As physicians, we are imbued with society’s tacit permission to delve into the personal and private. However, we must constrain ourselves from prurient speculation. As Voltaire wrote, “with great power comes great responsibility.” 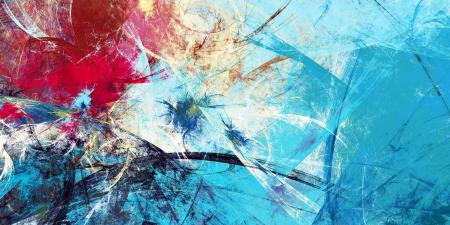