The use of civil commitment for postprison confinement of sex offenders represents a quintessential example of a poorly conceived scheme designed to unify concepts from the fields of law and medicine. Legislators supporting such programs attempted to utilize the authority of mental health professionals to lend credence to legal regimes on shaky doctrinal ground. The result has been a set of programs that fail from both a medical and legal standpoint. These laws also place lawyers and medical practitioners in difficult ethical positions when they become involved in sex offender commitment cases. Among the many ethical, moral, and legal complications of civil commitment of sex offenders are the co-optation of medical authority to legitimate commitment based upon nonmedical classifications, ex post facto application of civil commitment statutes to offenders who committed crimes decades earlier, admissibility of treatment records during a civil commitment hearing, and the likelihood of lifetime commitment that results from a finding of future dangerousness.

In the late 1980s and early 1990s, Washington and Minnesota began a national trend when they became the first states to enact statutes to allow civil commitment of sex offenders after their release from prison [1]. In contrast to criminal imprisonment, civil commitment is considered by the Supreme Court of the United States to be nonpunitive, and a person subject to it is held in a civil facility for an indefinite duration. The law authorizing civil confinement utilized the frightening and seemingly authoritative phrase “sexually violent predators” (SVPs) to designate offenders set to be diverted to civil facilities [2, 3]. The definitions of SVP vary by jurisdiction but generally entail a finding—with involvement of a mental health professional—that an offender has a high risk of reoffending and some mental disorder. In 1997, the Supreme Court legally sanctified the new SVP laws when it issued its decision in Kansas v. Hendricksupholding the constitutionality of the Kansas civil commitment statute [4].

According to the federal and state SVP laws, government officials, usually in the prison system or prosecutor’s office, initiate the process by which offenders are subject to SVP determination. Next, the assigned prosecutor offers to the alleged SVP a civil hearing before a judge to consider the government’s case for civil commitment. Until the completion of the hearing and any appeals, the offender typically remains in custody despite having completed his or her prison sentence [8]. At the hearing, the offender is afforded some due process and other constitutional protections including the right to have counsel, cross-examine witnesses, testify, and subpoena witnesses [9]. Nonetheless, the process differs from a criminal proceeding in numerous significant respects. Primarily, the burden of proof on the prosecution is typically lower; “clear and convincing” instead of “beyond a reasonable doubt” at the federal level [10]. There should be no illusion that the civil commitment is for temporary treatment of offenders. In reality, civil commitment of sex offenders has overwhelmingly led to lifetime detention [11].

Medical professionals often find themselves involved in SVP cases that push them beyond their ethical comfort zones. When called to consult or to testify at SVP hearings, medical professionals are asked to shoehorn medical diagnoses into ill-fitting legal language. Because of the importance of deciding whether an offender is a “sexually violent predator,” the primary task of medical professionals involved in SVP cases is adapting recognized medical terminology to that label. Unfortunately, interpreting the meaning of that invented phrase is well beyond the expertise of the medical (and possibly any other) community.

Consider how a mental health expert must assess an offender’s status in a typical SVP case. Initially, the practitioner is asked to determine with reasonable precision the future risk that an offender will commit another “sexually violent” crime. Because of the relative certainty sought, judges often show a preference for hard data and disinterest in seemingly subjective clinical assessments. Notably, the only objective diagnostic tool fitting that description that is available to medical professionals to evaluate future sex offender recidivism risk is STATIC-99 (and its revisions). STATIC-99 is a ten-item questionnaire developed by R. Karl Hanson and David Thornton that uses actuarial data to assess risk of future sex offenses [12].

Although STATIC-99 is useful for certain tasks, in SVP cases it might actually be counterproductive. Notably, STATIC-99 does not indicate whether an offender is a “sexually violent predator,” but instead uses actuarial data to classify recidivism risks [12]. The simple ten-question diagnostic tool makes it remarkably easy for an individual young male offender to be classified as medium-high or high-risk purely on the basis of his age and sex, rather than on more useful data such as his criminal record [13]. If the tool merely remains in the province of medical professionals, that shortcoming could be addressed when it is effectively integrated into an overall assessment of an offender. However, despite universal belief among trained mental health professionals that STATIC-99 should only be used by licensed practitioners as part of an overall diagnostic profile [12, 14], statutes and courts have come to directly rely on STATIC-99 without caveats or context [15, 16]. Further, there is increasing skepticism among mental health professionals about the reliability and efficacy of the STATIC-99 test, which makes it use even more problematic [17, 18].

Knowing how STATIC-99 results are likely to be (mis)used, how should a responsible mental health professional act? Failing to perform the test would be a professional failure because it is the only accepted diagnostic tool applicable in such cases, and the diagnostic value of a mental health professional’s clinical judgment would be undermined if he or she did not submit the STATIC-99 results. But, once the tool is used, the results and resultant risk category become part of the permanent record of the case and can be misused by any judge involved in the matter.

The use of STATIC-99 is just one example of the potential pitfalls for mental health professionals in SVP cases. Other problems emerge in applying psychiatric diagnoses to other critical legal terms such as an offender’s having “serious difficulty” in avoiding the commission of other sex crimes [19] or being “likely to engage in future sexual predatory acts” [20]. Those phrases, and similar language used in other statutes, assume a degree of exactitude that is often unachievable by medical practice. Because of court rulings regarding admissible evidence at civil commitment hearings, practitioners are asked to take the questionable step of evaluating the contents of offenders’ treatment sessions that the offenders often believed would be kept confidential [21]. Also of note, the mental health professional’s only role is making a diagnosis; the so-called treatment options (usually lifetime confinement) are decided entirely by those with solely legal training. Finally, because the SVP laws have been applied to sex offenders who committed crimes before the enactment of authorizing statutes, such offenders were not notified of the risk that they could be subject to lifetime civil commitment after their criminal sentences were completed [22].

Lawyers and mental health professionals are confronted with new, challenging roles in SVP cases. The laws that necessarily involve those with legal and medical training were unfortunately poorly designed to integrate the two fields because of the political backdrop against which such legislation is adopted. Americans overwhelmingly support restrictions on sex offenders, and collateral restrictions on that population are typically passed unanimously with no debate [23]. It should not be surprising, then, that SVP statutes seeking to unite law and medicine have failed to accomplish the basic requirements of either field. 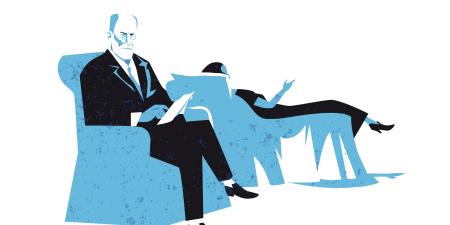 Dynamic Descriptions of Personality Disorder in the DSM-5