Fee-splitting occurs when a physician receives compensation for professional services and then divides or shares it with a person or party who did not render the service. The prohibition against this practice extends to all professional services not actually and personally rendered. A physician may not accept a fee for referring a patient to another physician unless the physicians are in the same practice or concurrently treating a patient and collecting their own fees. Non-physicians may never receive a referral fee, but may accept a fee for legitimate services rendered to the physician on the condition that the fee is not based upon a percentage of the physician’s revenues or profits.

Physician practices often enter into agreements with companies for management and administrative services such as billing and payment collection. When management companies collect payments for physicians under such agreements, those companies typically take a percentage of the amount collected. In some states, such as Illinois, payment based upon a percentage of collections is considered illegal fee-splitting and may result in disciplinary action against the physician. Footnote 40 of the Office of the Inspector General’s (OIG) Compliance Program Guidance for Third-Party Medical Billing Companies, states that OIG has had a long-standing concern that percentage-based billing arrangements may increase the risk of upcoding and similar abusive billing practices [1]. Percentage-based arrangements are allowed at the federal level for Medicaid funds, but some states, such as Florida, prohibit their use even for Medicaid funds [1]. The OIG established compliance guidelines in an effort to aid physicians and health care workers in creating and using internal controls to monitor third-party billing companies and combat billing fraud and abuse. The OIG urges physicians and other service providers to work with third-party billing companies to develop effective internal controls that promote adherence to applicable federal and state law and the program requirements of federal, state, and private health plans [1].

States have rarely enforced the fee-splitting prohibitions in third-party billing arrangements. In 2008, however, the Illinois Appellate Court upheld a lower-court ruling that a percentage-based fee-sharing arrangement between a physician group and a medical-billing company was void under Section 22(A)(14) of the Illinois’ Medical Practice Act [2]. Section 22(A)(14) prohibits “dividing with anyone other than physicians with whom the licensee practices…any fee, commission, rebate or other form of compensation for any professional services not actually and personally rendered” [3].

The case that tested this section of the Medical Practice Act was Center for Athletic Medicine, Ltd., v. Independent Medical Billers of Illinois, Inc. The Center for Athletic Medicine (Center) had an agreement with Independent Medical Billers (IMB) under which IMB provided percentage billing, accounts receivable, and collection services on all reimbursements and claims not originally processed by IMB [3]. Center filed suit against IMB in 2005 claiming it suffered damages in excess of $4.4 million as a result of IMB’s breaches of the agreement and further alleging that IMB was unjustly enriched by receiving payment for and failing to provide the agreed-upon services [3]. IMB defended the suit, stating that Center’s claims were invalid because the agreement violated the fee-sharing provision of the Medical Practice Act [3].

Three exceptions to the prohibition to fee-splitting exist under the Medical Practice Act: (1) where physicians divide fees in an approved partnership, corporation, or association; (2) where approved medical corporations form a partnership or joint venture; or (3) where physicians concurrently render professional services to a patient and divide a fee, provided the patient has full knowledge of the fee division and the division is made in proportion to the services performed and responsibility assumed by each [2]. IMB argued that none of the exceptions applied. The trial court agreed and entered summary judgment for IMB; Center appealed.

The Appellate Court affirmed the trial court’s ruling and held that, although percentage-based fee-splitting is common in physician arrangements, it is void irrespective of the purpose and common practices involved in medical-billing agreements [3]. A percentage-based fee-sharing arrangement might motivate a nonprofessional to recommend a particular professional out of self-interest, rather than the professional’s competence [3]. The professional’s judgment might be compromised because the awareness that he would have to split fees might make him reluctant to provide proper (but unprofitable) services to a patient, or, conversely, to provide unneeded (but profitable) treatment [3]. Looking at earlier Illinois Supreme Court cases, the Appellate Court noted that flat fees based on volume of claims and not linked to revenue, gross receipts, or billings collected do not constitute fee sharing under the Medical Practice Act [3].

Early in 2009, an exception to the fee-splitting law that would allow third parties to contract with physicians and bill and collect on a percentage basis was introduced in Illinois [4]. This bill is supported by physicians and businesses who have long relied upon percentage-based payments because, under such arrangements, physician risk is low, and, at the same time, the incentive for contract billers to work zealously in collection efforts on behalf of the physicians is high. If enacted, the law would amend the Medical Practice Act by changing the definitions of entities that may divide or share professional fees and other revenues [4]. The proposed legislation retains language that prohibits physicians from sharing or dividing compensation with any other physician unless they are in the same practice. The legislation, however, allows entities to perform administrative, billing, and collection services based on a percentage of professional fees billed or collected [4]. Flat fee and other arrangements are also expressly permitted [4]. The bill contains language to curb third-party fraud and abuse by allowing the physician or the physician’s practice to control the fees charged and collected and also the account into which the fees and charges are deposited [4]. As of this publication date, the bill was passed in the Illinois Senate and the House; based on its activity, there is a strong likelihood it will pass and become effective.

Illinois is the only state currently considering legislation on fee-splitting. It is uncertain whether other states will follow suit. Therefore, all physicians should periodically review with a qualified attorney any percentage-based billing arrangements to confirm compliance with federal and state laws. 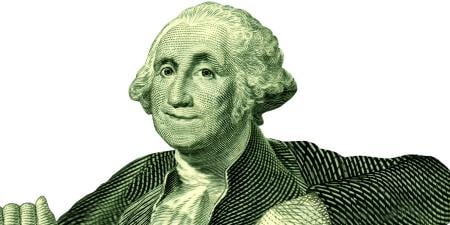 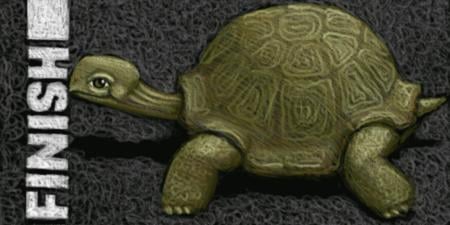