In 2010, Sierra Vista Regional Health Center, the sole health care provider in rural Sierra Vista, Arizona, began a trial affiliation with a large Catholic health system. As a condition of the affiliation, Sierra Vista Regional Health Center was required to adhere to the Ethical and Religious Directives for Catholic Health Care Services. This meant it would no longer offer key reproductive health services. Women in a three-county area were left without the ability to have a tubal ligation following delivery of a child, and a pregnant woman suffering a miscarriage was turned away by the hospital and sent 90 miles away to a hospital in Tucson for termination of the doomed pregnancy. Obstetrician-gynecologists voiced dismay at being unable to practice medicine according to the standards of care they had long followed. (The affiliation was halted after months of community protest [1].) The hospital affiliation had taken place without any public hearing or consideration of the views of clinicians or consumers because, in Arizona, there is no state certificate of need program.

The situation that Sierra Vista residents faced is not unusual. The hospital landscape in America has been shifting dramatically in recent years. The country is experiencing a wave of hospital mergers and consolidations, with large-scale regional and national health care systems acquiring and operating dozens of hospitals nationwide. Services at many independent and community hospitals have been discontinued or moved to other facilities following those hospitals’ mergers with health systems; other local hospitals are closing in the face of financial pressures. This can drastically and rapidly alter access to care.

All of these hospital industry transactions are happening with inadequate state oversight and limited patient and clinician input, which would help ensure that hospital services meet the needs of the communities they are licensed to serve. A new national study conducted by the MergerWatch Project [2] identifies gaps in state government oversight of hospital transactions across the country, discussed here. The study also suggests model policies that would improve oversight, ensure consideration of consumer and clinician views, and protect access to care.

Increased mergers and consolidations. The rate of hospital mergers and consolidations began increasing in the late 1990s, propelled by financial concerns and hospitals’ desire to capture greater market share, thereby increasing their bargaining power with insurers [1, 3]. The enactment of the Patient Protection and Affordable Care Act (ACA) has added another impetus for consolidation by encouraging, through reimbursement incentives, the creation of integrated care systems (e.g., accountable care organizations, integrated delivery networks) and care coordination [4]. There is also an incentive for smaller hospitals to partner with larger health systems in order to gain access to the medical information technology demanded in today’s health care market [5, 6].

Erosion of community member voice and government oversight. Even as the pace of hospital and health system consolidations increases, there has been an erosion of the level of state government oversight that would ensure that these transactions promote, rather than threaten, patient access to care. Because of this inadequate government oversight, transactions are taking place without real assessments of their potential impact on community access to care and without consideration of the perspectives of affected health consumers and clinicians. In our experience, too often transactions are completed without appropriate notice to the public or any governmental attempt to seek feedback from patients and their doctors.

State government oversight of hospital transactions, in the form of “certificate of need” (CON) programs, was designed during the 1960s and 1970s, when concerns arose about hospital expansion and the potential duplication of services that could lead to increases in health care costs [9, 10]. CON programs were implemented to ensure that health care business decisions were congruent with needs assessments and regional health planning [10]. Enacted in 1974, the federal Health Planning and Resources Development Act mandated that each state implement CON review programs.

These programs required hospitals to demonstrate need for their expansion proposals, as well as alignment with statewide health planning goals, in applications for state approval [11]. CON programs also required public notices and hearings regarding proposed hospital transactions, so that people who would be affected by the proposed changes in their hospitals could have their voices heard. The act also created state/local agencies called Health Systems Agencies (HSAs) meant to evaluate community health needs [10].

After the repeal of the Health Planning Resources and Development Act in 1987, many states terminated their certificate of need laws or greatly diminished their scope, since there was no longer a federal mandate [10]. Today, 36 states and the District of Columbia maintain CON programs [11], but, as we will discuss in the next section, many of them are woefully inadequate to deal with the current health care climate of increased mergers and consolidations, which is vastly different from the climate that existed when they were created. This lack of state oversight to ensure that state health policy goals are furthered by proposed transactions can be very dangerous to consumers, who can see their access to health care services in their own communities change quickly and without notice.

CON programs can be a valuable means for state governments to ensure that proposed hospital consolidations will line up with the health planning goals of a state, including consumers’ access to all of the health care services they might need in the future. CON review can only fulfill this intended role, however, if it is updated to apply to the current market conditions and if it provides for robust community member and clinician engagement in the oversight process.

The MergerWatch Project analyzed CON programs and other state mechanisms for overseeing hospital transactions in all 50 states to assess their usefulness in our current era of increased mergers and consolidations [2]. This study identified many gaps in the programs that need to be filled in order for them to be useful in ensuring access to care. The research has also identified model oversight policies that could be adopted more widely to strengthen state hospital oversight and allow for greater community member participation.

Many proposed transactions are not subject to government review. Each state has a different set of circumstances under which a proposed hospital transaction must undergo government review. There are 33 states that require CON review for the creation of a new hospital [11], but only 4 states require review for the proposed closure of a hospital, which can have a major impact on a community.

Further, most CON programs have not been updated to reflect that many hospital consolidations are now taking place in the form of affiliations, strategic partnerships, or joint ventures rather than full-asset mergers or acquisitions [12]. The MergerWatch study found that 19 states require CON review for a sale or purchase of a hospital, but only 8 require such review when hospitals create less formal partnership arrangements like a stock transfer. Stock transfers and other similar changes in board control are quite common in the current health care climate and can have a great impact on the community’s access to care [13]. In Washington State, a wave of affiliations has occurred in recent years. Washington’s CON program, however, only required review for a transaction structured as a “sale, purchase, or lease” [14]. In 2013, the governor of Washington directed the Department of Health to require CON review for looser hospital affiliations, but that rule was overturned by the Washington Supreme Court because the change required a vote by the legislature [15].

Without government review of a hospital transaction, community members who depend on the local hospital may not even be notified of changes. For them to be protected against a potential loss or change in services, all proposed transactions must be subject to review.

Community members and clinicians are not represented or given a voice in CON review. Community member participation in CON review is a key way to protect access to needed care when hospitals consolidate. Consumers are directly affected by reconfiguration of their local hospitals, particularly those who are vulnerable, such as the frail elderly or low-income patients with chronic diseases and limited ability to travel to other health providers.

Our study determined that only eight states and the District of Columbia require consumer representation on the board that performs the review of hospitals’ CON applications. Without consumer representation, a CON review board may fail to fully consider the potential impact of a transaction on vulnerable patients and their clinicians.

Public notice of CON review is crucial to ensuring adequate community knowledge about hospital transactions and meaningful participation in the review process. Almost every state does have a website listing current CON applications under review, but these websites generally are not designed to be user-friendly for laypeople. How would members of the public find out, then, if their local hospital is planning to merge, downsize, or close? In 16 states, there is no requirement for public notice at all when an application for CON review is submitted. In 17 states, there must be a public notice published in a newspaper’s legal notices section—not something read by the general public—and two other states require only notification through their state’s administrative register.

To ensure that community members can be meaningfully engaged in the CON process, the public must be notified in a more robust manner. The information should be available on a website in multiple languages and written for lay audiences to understand, with the potential impact of the transaction clearly outlined. Notices should also be placed in multiple newspapers and distributed by other means, such as postings in public libraries.

Also crucial to ensuring public engagement is a public hearing on the proposed hospital transaction, in which affected members of the community can interact with the decision makers and provide testimony on how their access to care might change. The MergerWatch study found that only 11 states and the District of Columbia require a public hearing during which community members can provide testimony to the review board. Another 20 states allow affected individuals to request a public hearing, but the review board has discretion as to whether to hold it. The lack of public hearings or the ability to participate meaningfully in hearings means that the community member voice is not being taken into account in many of these processes.

As hospital consolidation increases across the country, the current state of government oversight of proposed hospital transactions is woefully inadequate to meaningfully protect community access to vital health services. Strong certificate of need programs can be an important means of addressing this need, and the MergerWatch study details model policies that could promote such an outcome. Existing CON programs need to be strengthened and updated to protect consumers facing potentially negative changes to health services in their communities. In states without a certificate of need program or other government oversight mechanism, new policies are needed to provide adequate oversight and community member engagement to protect health services access.

Ethics Talk Series on US Abortion Care After Dobbs, Episode 1/5: Exclusion of US Women From Constitutional Protection

How Should We Respond to Health Sector Emissions That Exacerbate Climate Change and Inequity? 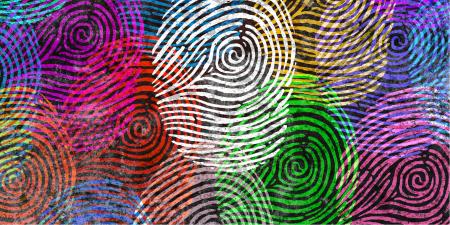 How Should Clinicians Treat Patients Who Might Be Undocumented? 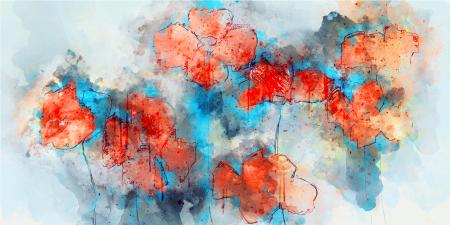 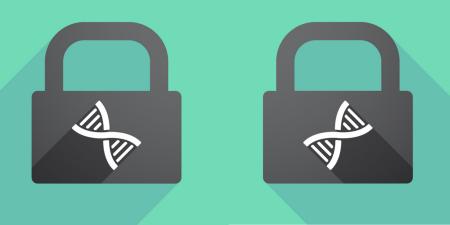 Shedding Privacy Along with our Genetic Material: What Constitutes Adequate Legal Protection against Surreptitious Genetic Testing?