Traditionally, urine drug testing (UDT) in the correctional population (both prison and community corrections) has been infrequent, is scheduled, and has a high possibility of delayed results. Of practical relevance is that scheduled testing is ineffective for identifying drug misuse. Of ethical relevance is that consequences of positive scheduled tests can be unpredictable—in the form of overly severe punishment or a lack of treatment options—and that the scheduled testing paradigm is a poor way to change behaviors. More innovative programs now use a UDT paradigm with more frequent, random testing providing rapid results and certain, swift consequences and addiction treatment when warranted or requested. Studies have shown these new programs—the foundation of which is frequent, random UDTs—to significantly reduce drug use, criminal recidivism, and incarceration.

One central goal of the probation system is to help probationers make a positive, productive return to society by providing rehabilitation, including fostering recovery from drug addiction that might otherwise lead to recidivism. Probation supervision is intended to provide an alternative to incarceration; the probationer agrees to comply with a set of terms, and a probation officer is assigned to monitor the enforcement of those terms with the authority to report violations to a court for possible sanctions. Most offenders in the probation population are subject to prolonged supervision of several years or longer and most probation terms, regardless of the offense, drug-related or not, include urine drug testing (UDT) [1, 2]. UDT is an objective tool to detect the presence of nonprescribed or illicit drugs and to confirm the presence of prescribed drugs [3]. A probationer’s aberrant UDT, usually positive for nonprescribed or illicit drugs, is typically considered a technical violation of agreed-upon probation terms and can result in return to prison. An innovative method of probation enforcement using frequent, random UDT providing rapid results that lead to swift and certain consequences is meant to motivate probationer compliance and lead to improved outcomes. This innovative method, in contrast to other forms of probation in which UDT is generally infrequent and scheduled, will be discussed.

Managing heavy caseloads and scheduling UDTs has been, and continues to be, a challenge for detecting drug misuse in the probation population. Studies have documented probation officers overwhelmed with caseloads, some with officer-to-probationer ratios of 150:1, even as high as 180:1; heavy caseloads are clinically and ethically relevant because they are an impediment to keeping up with or detecting violations [2, 4, 5].

In current, traditional probation scenarios, UDT of probationers is generally too infrequent to be useful; once every month is a common UDT pattern used [1]. Testing weekly on an unpredictable schedule at the onset of UDT and moving to less frequent testing after a period of abstinence is recommended by the American Society of Addiction Medicine; UDT less frequently than once a month is not recommended for effective detection of violations or identification of drug misuse [6]. One study of probation populations in California revealed that UDT once a week produces an approximate 35 percent chance of detecting an incidence of drug use, while twice-a-week UDT increases that chance to greater than 80 percent. In contrast, monthly UDT has less than a 10 percent chance of detecting an incidence of drug use [1]. Another study evaluating UDT statistics in a general population noted that, with monthly UDT, it could take up to 13 months to detect aberrant drug use in a person [7]. Additionally, in many programs, testing is often publically scheduled in advance, which defeats the purpose of random UDT. Infrequent testing and public scheduling are ineffective both for the intended purpose of motivating behavior changes among probationers and for identifying probationers’ drug misuse.

In addition to probation officers’ heavy caseloads and scheduling of UDTs, there are other practical problems with the UDT of probationers. Test results can be sent to a contract laboratory but come back too slowly (weeks later, for example) or be reviewed too late by busy probation officers in order to implement meaningful sanctions intended to promote behavior change [6]. Meaningful or not, sanctions themselves are rare and many positive UDTs go unreported [8]. For some offenders who fail multiple UDTs and are reported, judges can be averse to sentencing the offenders for what they consider mild infractions. There are jurisdictions that have “drug courts” in lieu of traditional probation scenarios, in which judges mandate treatment and addiction services to offenders who fail multiple UDTs, and other newer, innovative probation programs, such as the Hawaii’s Opportunity Probation with Enforcement (HOPE) program, which relies on UDT coupled with swift and certain consequences (to be discussed further below). These are special programs that are funded through individual state legislation or policy efforts. To be clear, what is being referred to here is a judge’s punitive response to an offender who has violated agreed-upon terms of probation. When judges do levy sanctions, there can be variation and inconsistency in those sanctions [5, 8]. In some cases, sanctions—months, or even years, in prison for one or more failed UDTs—might be more severe than legal professionals, correctional workers, probationers, and health care professionals, for example, might believe are warranted for the positive UDT infraction(s), particularly when treatment could be a more appropriate course of action [2].

Some probation programs test as little as 5 percent of the offender population, with a month or more turnaround for each individual test and inconsistent implementation of the testing [8, 9]. With programs failing to provide random drug testing, consistent punishment for failed UDTs, or access to treatment if needed, it is perhaps not surprising that approximately one-fourth of probationers fail the terms of their supervision programs [10]. Additionally, the national recidivism rate is estimated to be 40 percent, either for committing a new crime or for violating the terms of probation or release, which includes the technical violation of a positive UDT [11].

In an attempt to manage some of the challenges of traditional probation, every state in the United States implemented intensive supervision probation (ISP) for some high-risk probationers by 1990. Criteria for a probationer to be included in an ISP program vary by jurisdiction, but commonalities among programs include convictions for drug or drug-related offenses. In ISP programs, supervision of the probationer should be more than routine, with a higher frequency of random UDT for probationers and decreased caseloads for officers, allowing increased individual attention [2]. However, a study of ISP implementation in three California counties showed that probationers in ISP in one county were not tested randomly and that arrests for positive tests were no more likely for those in ISP than for those in routine probation [2].

Unfortunately, ISP has prioritized surveillance over rehabilitation, so resources have been utilized for monitoring and incarcerating persons for technical violations of probation terms and insufficient attention has been devoted to treating probationers for substance use disorders [2]. Because of the high prevalence of drug use among probationers, the emphasis that ISP places on technical violations of agreed-upon probation terms has been questioned [2].

In the past several years, more innovative programs have been implemented that utilize a UDT paradigm with frequent UDT coupled with certain, meaningful consequences, including addiction treatment when warranted or requested. Studies have shown that these new programs founded on frequent, random UDT significantly reduce drug use, criminal recidivism, and incarceration compared to standard probation scenarios [4, 8, 12-15].

In these programs, the UDTs are administered with “point-of-care” (POC) testing devices. POC tests are typically noninstrumented devices such as dip cards or cups with imbedded color-changing test strips that can be administered easily and onsite [3]. POC devices offer rapid results within minutes of being administered and allow for immediate consequences to be levied, as opposed to waiting days or weeks for laboratory results to be returned and interpreted. Although some limitations exist with POC testing devices, programs generally have access to laboratories with analytical testing procedures for confirming results that are contested by the probationer [3].

Hawaii’s Opportunity Probation with Enforcement (HOPE) program was one of the first programs to utilize swift and certain sanctions coupled to rapid UDT and is regarded by some as a successful model of this new approach for offender management [16]. HOPE is a community supervision strategy for substance-misusing probationers, which relies on a regimen of regular, random UDT, and swift and certain, but modest and proportionate (as little as two days in jail) [17] responses to violations to motivate probationer compliance [8]. The stated goals of HOPE are reductions in drug use, new crimes, and incarceration. HOPE began as a pilot program with 34 participants in 2004 and has expanded since then to include over 2,200 probationers in Hawaii as of 2015 [4].

HOPE process. The HOPE program begins with a formal “warning hearing” where probationers, often in a group in open court, are told that success is within their own control and that any violations will result in sanctions that can include a brief jail stay. HOPE’s requirements for probationers with a history of drug use, who represent the vast majority of the caseload, include random UDT six times a month for the first several months and a requirement for probationers to call a hotline each weekday morning to determine if they are to be drug tested that day. Probationers who fail a UDT are arrested immediately (swift and certain response to the violation) and appear before a judge within hours or days for a modification of the terms of their probation; each successive violation results in an escalated response. Treatment for substance use disorder is reserved for the small percentage of probationers who request it or for those probationers who consistently fail tests [18].

Several replication sites have been started in locations throughout the United States and additional jurisdictions are considering similar programs. Examples include SWIFT (Supervision With Intensive enForcemenT), PACE (Probation Accountability and Certain Enforcement), and WISP (Washington Intensive Supervision Program). SWIFT in Tarrant County, Texas, began at approximately the same time as HOPE with no knowledge of the program, is very similar to HOPE, and is experiencing outcomes similar to HOPE’s [15]. PACE in Alaska was modeled after HOPE; preliminary results closely resembled those of HOPE, and it is being implemented across the state [12]. WISP in Washington State, a parolee version of HOPE targeting high-risk offenders, began as a small experimental pilot. Early reported success resulted in state-level action; legislation implementing the program statewide made WISP the largest program utilizing swift and certain sanctions and random UDT in the United States [13].

Importantly, in each jurisdiction, the model requires tailoring the program to the needs of each location and a coordinated effort [18, 20]. Circumstances vary from one jurisdiction to another, and implementation should be customized to meet the requirements of probationers, probation officers, and probation programs in that area. It is essential that efforts are coordinated in order for the local partners to identify probation violations, maintain consistency of program implementation, and respond to violations with swift and certain, but proportionate and appropriate, sanctions.

Some of the common messaging themes for success that have emerged from HOPE [16] emphasize fairness and consistency for the probationer and include the following:

Programs such as HOPE are innovative in their reliance upon core values, such as fairness, that concretely connect behaviors and consequences. There is a growing body of evidence to suggest that the use of objective tools, such as UDT, coupled with an approach that embraces swift, certain, proportionate, consistent consequences, is foundational to whether and when sanctions are perceived as fair and can aid in successful reintegration of those who are released from prison [4, 8, 12-15]. The evidence presented thus far suggests that prioritizing values over process can lead to the development and implementation of programs with better outcomes and offers support for introducing new methods and policy changes in the probation system.

Addiction, 12-Step Programs, and Evidentiary Standards for Ethically and Clinically Sound Treatment Recommendations: What Should Clinicians Do? 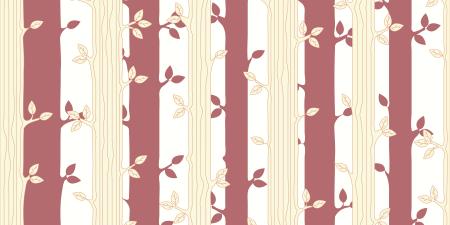 What Does Health Justice Look Like for People Returning from Incarceration? 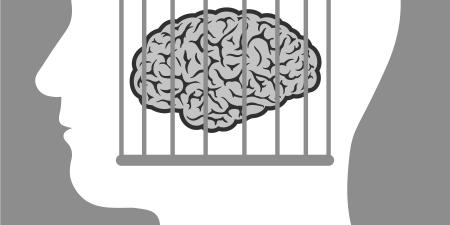 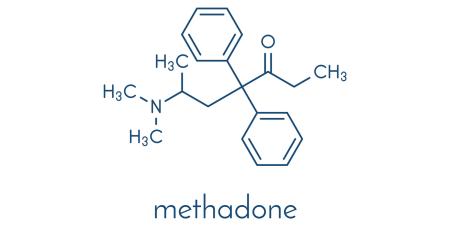 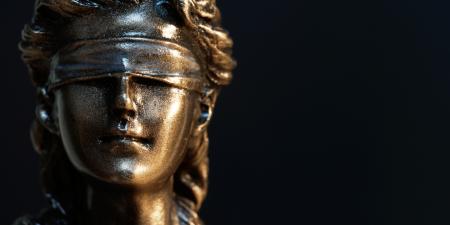