Teaching cultural competence to medical students in a meaningful way is challenging. Trying to teach cultural communication as a measurable skill oversimplifies both the complexities of culture, race, and ethnicity and their effect on the medical interaction. We want to embrace cultural understanding but avoid cultural stereotyping. To ask medical students to learn all the characteristics of a culture potentially categorizes future patients, thus denying them individual identity within the broader racial, ethnic, or cultural label we apply to them. For some, this approach has been denigrated as "political correctness," while, from the standpoint of the patient who is pre-judged by his or her label, it can seem racist.

"Cultural humility," a concept initially described by Drs. Tervalon and Murray-Garcia [1] is not only more respectful but also more pedagogically sound. Cultural humility asks physicians to understand their own culture(s) as well as that of the patient and view this understanding as a lifelong process of self-reflection and self-critique. If cultural humility is viewed thus, it may encourage the process of personal and professional growth.

Literature and reflective writing provide a natural tool to inspire questions and stimulate discussion on culture. Examining questions of culture, bias, and communication in a story or poem is emotionally safer than recounting personal experiences, but sharing of personal experiences and individual stories is also essential to apply the questions raised to one's own life and one's own medical practice.

We combined these techniques in teaching the Culture, Narrative, and Medicine elective at the Loyola University Chicago Stritch School of Medicine. We chose stories and poems by a variety of authors and two book-length narratives, There Are No Children Here by Alex Kotlowitz and The Spirit Catches You and You Fall Down by Anne Fadiman. This was not a literature class per se; the literary pieces were selected to inspire questions and discussion about cultural differences. We had four sessions: (1) the meaning of culture, (2) culture and discrimination: the nature of "otherness," (3) cross-cultural communication: how to build bridges, and (4) culture and medicine.

Students were required to bring a short reflective piece to refer to during discussion. This writing could be a topic of their own choosing or a response to the reading—and the students were given suggested questions in keeping with the theme of the day. The questions were selected to encourage personal reflection about the readings, for example: "How does your race, ethnicity, or cultural background affect the way you think about patients and their values?" or "Consider the nature of bias, differential care, and discrimination as depicted in this work. How have you experienced any of these?"

I asked the students to approach the reading as they would a patient who needed to be carefully evaluated: what can be learned from listening to the history, i.e., reading the story? We used literary analysis as an analogue to the physical exam: to evaluate the structure, language, diction, word choice, use of metaphor, and symbolism as we would evaluate physical signs.

The discussion followed a reflective listening technique taken from Rachel Naomi Remen's Healer's Art curriculum [2]. This format presumes confidentiality and an expectation that students will not be competitive with each other in discussion—no arguing, no advice-giving, acceptance of opposing viewpoints, and generous listening. The participation evaluation for these sessions looked at oral and written participation equally, so that students who expressed themselves better in writing did not feel obligated to speak.

We took the last hour of the session to do a reflective writing assignment. This writing technique was inspired by Rita Charon's Narrative Medicine Workshop [3]. Both faculty and students participated in the assignment and reading. The prompts, unknown to the students in advance, included such questions as "Describe a time when you felt out of place or that you didn't belong" and "Describe an interaction when you witnessed someone being affected by bias or prejudice." Although this exercise was foreign to all of the students and not greeted initially with enthusiasm, it was the richest part of the course for all involved. It stimulated intense personal discussion and reflection on the difficult themes of personal identity and bias. All of the students shared an appreciation for the value of spontaneous reflective writing and I learned anew that personal experience could be a strong teaching tool. Examples of student writing include:

Example 1
The man lit himself on fire
gasoline can on the driveway
Heat from an argument ignite a fuse
Horror. In a moment his wife fled
She was there at the bedside.

In the same time, I began
Second day on the smoking burn unit
Eager to please but without a clue
Given the task by my senior
Make sure she knows he's got a mountain

To climb without a harness
Every step a freefall
Te hablas ingles, I mustered
My broken Spanish could not reach
Her failed English no help either

Call the chaplain I was told
An older woman marched forward
In the room, by the bedside
Soft voice and gentle tones
Her broken Spanish barely exceeding mine

Compassion. Calm Clarity
Universal expression without accents
The wife sighed and walked back to her chair.

Example 2
Wearing a blue striped collared shirt and khaki pants in the back of a taxi I sat having had one too many drinks, a typical state of a young Caucasian male in Lincoln Park on a Friday. Upon waking the next morning I found I had lost my cell phone, which became a mission to retrieve. I was directed to the office of Blue Cab, which is located on the south side of Chicago. I drove my car there he following day, entering a world I was unfamiliar with. I felt uneasy stepping out of my car and even more uncomfortable attempting to enter the unwelcoming facilities. I received many stares and not much help. I knew I did not belong. Although I had driven for only 30 minutes, I had entered a world very distant me. I was a foreigner, and not one that was welcome. My visit was brief and harmless. However, the mix of emotions I had that day, still occasionally crosses my mind. This experience was much more than a missing cell phone. To me, this was a realization of my life, where I have been and where I may be going.

Example 3
It used to be and sometimes still is that when I visit my family, I feel quite out of place. My family is my dad, brother & wife & 2 sisters & husbands & mom & half brother. Actually, I'm quite comfortable with my sisters and their kids. But my brother does some sort of stocking job—been to prison twice. My 1st brother-in-law drives a truck for the same company, grew up smoking weed and a high school dropout, like my brother. My 2nd brother-in-law is a janitor. These in-laws are wonderful men. I love my brother and Dad (also a dropout). But education has distanced us. I'm terrible at small talk & am frightened at times of the prospect of needing to be too long in conversation with any of them. My mom is a religious quack—and she happens to be quite bright. I think I can talk more with her than the others (except my sisters). Wish I could fit in, we all like each other, but topics that interest me don't usually interest them. When they do, the knowledge gap is so wide, I think it may be better to stare across the chasm than to build such a long bridge with such little time.

Both teaching and practicing cultural humility is counter to our medical culture. Medical culture prides itself on being scientific, objective, and evidence based, but is often rigidly hierarchical and still quite paternalistic. For medical students who have spent four years working hard to fit themselves into medical culture mores, it is difficult to then admit that medical culture can, itself, be a problem. It's challenging to be humble in a culture that prizes expertise and knowledge. As one student wrote about one of the course readings, "Until I read this book, the ramifications of cultural humility had never really struck home. I had never considered myself to be culturally humble; as a matter of fact, I considered myself culturally proud." 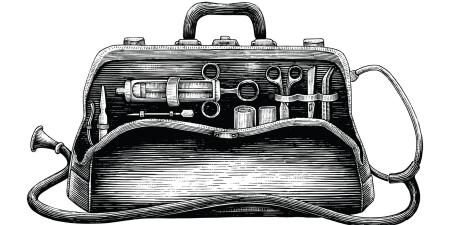 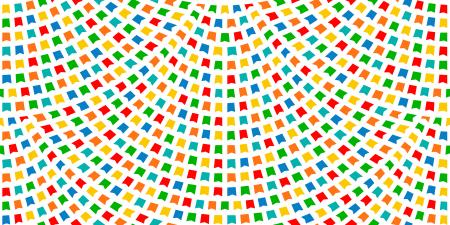