My husband died on a perfect winter's day in Los Angeles. Steady rains the previous day had left the air damp and faintly smelling of flowers and grass. The sun, slow to burn through the clouds, made surfaces sparkle with a combination of rainwater and dew. Replenished by the water and cool temperatures, the abundance of flowers seemed brighter, more colorful than usual. At the time of my husband's death, the sun had warmed the day and cleared the sky of grey, replacing the somber color with an intense blue and a few flat, white clouds to break its evenness.

Inside our home, Alan's body lay in perfect stillness. He died a few minutes before noon, and over the next hour close friends gathered to wait with me for the arrival of the men from the mortuary. Friends sat or stood in the family room, talking among themselves in hushed tones. In the adjoining room, I sat on the bed next to my dead husband and listened to their muffled conversation, occasionally picking out a word or two. Their familiar voices comforted me as did the birds singing outside the window and the sun that warmed the room and made it bright.

I watched Alan's chest, hoping for a sign that the labored breath I had heard for the past months would return for a moment or two. I remembered when I first noticed the changes in his breathing. I awakened to a pause, an absence of sound. It was a silence that frightened me. I found myself waiting, counting the seconds until I heard the familiar, greedy intake of air. Alan's pattern of breathing deteriorated slowly over the weeks. I marked our remaining time together by the growing silence between those ragged sounds.

Observing his body, I marveled that Alan was handsome, even in death. Who, I wondered, had changed his position from the one where he had taken his last breath to the serene pose he held now?

A car door slammed, returning my attention to the window and the world outside. Two strange men, dressed in dark, businesslike suits and crisp, white shirts, climbed the 42 steps to our front door. Both wore their hair short and neatly styled. They looked young—too young to be the ones to take my husband's body away. My memory finds them physically unattractive, but now I wonder if I am recalling them accurately.

I have forgotten what, if anything, they said to me as they entered the bedroom, but I do know, they handed me a number of papers to sign. Without bothering to read them, I scribbled my name and the date at the bottom of each page. They moved away from me and positioned themselves on either side of our bed; then, with no apparent signal, they lifted Alan's long limp body to the center of a white sheet and began to wrap him in it. Unable to speak, I slipped in front of one of the men, took the sheet from his hand, and reached over my dead husband to take hold of the other side. My abrupt movement might have startled them, but I felt it was my place to wrap Alan in his white shroud, covering his face, his body, for the last time. Having completed the task, I stepped away and watched.

A metal cart, used to transfer the dead to the funeral home, stood next to our bed. On the cart lay a thick, black plastic bag. A large, metal zipper extended down the length of the bag, open, ready. In one swift movement, the men transferred Alan's body from the bed to the metal cart. As soon as his body was centered on the opened bag, they began to zip it shut. It was at that moment I fled from the house, running down the old brick steps, escaping the awful sound of the zipper and the disappearance of my husband.

By the time I reached the bottom of the stairs, I was breathing heavily. My hands hung awkwardly against my sides as I stopped to catch my breath. I was confused and agitated and felt out of place in my own neighborhood. Minutes passed. Breathing became easier. I realized I was waiting for the men to carry his body to their black van.

The front door of our home swung open, and the 2 men from the mortuary carefully guided the cart down the stairs. It reminded me of a long, narrow laundry cart on oversized wheels. I searched for the outline of Alan's form, but it was hidden somewhere deep within the cart. Gone was the body I knew better than my own. I tried to visualize my own back but couldn't, for I had never really seen it, not fully, not as it really is. But I knew his back, his body, every curve and blemish, and felt a part of me had vanished within that cart.

They moved quickly past me, and I am almost sure one of them mumbled his condolences. The legs of the cart collapsed against the van's floor as the entire contraption was shoved into the windowless back section. Then, almost simultaneously, both of the van's heavy metal doors met at the middle and slammed shut. The harsh sound initiated an unpleasant sensation that ran through my body like a fine current of electricity, causing an internal trembling that left me weak.

As they drove away, I experienced the first wave of grief. The emotion proved stronger, more powerful than anything I had ever felt before. It washed over me, taking the life I knew with it, changing me forever.

For 20 years Alan and I lived in California. Initially, we planned on staying just until we finished school. But we kept extending our stay until eventually we realized it was our home. Most of those years were spent in Los Angeles, a city we learned to love, a place where many of our closest friends lived, where we enjoyed our careers, and where our daughters were born. When their father died, Kathryne was 8, Alexis, 5.

Two years after Alan's death, the girls and I left Los Angeles and moved to Milwaukee. I grew up in Chicago, which is only 100 miles south of Milwaukee, and I had formed a positive impression of the smaller city. Milwaukee offered the cultural benefits of a large city without the disadvantages. But there was one more benefit to Milwaukee: I would not be reminded of Alan wherever I turned.

Hospice and a New Beginning

Once the girls and I had settled into our new home, I explored the possibility of performing community service as a hospice volunteer. Alan had died at home with the help of hospice, and I was indebted to each person who made that possible: nurse, social worker, volunteers who kept open the 24-hour help line, and home aide workers who assisted Alan with his showers when physically I was no longer able to do it. Even though I was young, strong, and determined to honor Alan's wish to die in his own bed, without the support of home hospice the last month of Alan's life would have been even more difficult than it was for Alan and me.

I learned that it takes more than a committed person to care for the dying, and like most people, I was unschooled in this type of care. The Los Angeles home hospice workers provided me with the guidance I needed to ensure the best possible environment for Alan to die at home.

During the final months of Alan's life, I was his primary caregiver—a job that involved all hours of the day and night. Our family was assigned an intelligent, kind nurse who specialized in end-of-life care. Theresa was Alan's tireless advocate and my patient teacher. With her as my guide, I learned how best to attend to his needs, making him comfortable and ensuring his safety. Alan did not want to spend his remaining days in a hospital bed; he wanted his own bed and to sleep next to me. It was Theresa who showed me how to arrange his pillows so he could sleep more comfortably. By rearranging them every couple of hours, I learned how to relieve the pressure on Alan's back, sometimes even easing the effort it took to breathe. Periodically, he had to take IV medication. It was she who gave me the confidence to check the lines, switch the bags of medicine and fluids at the correct intervals.

Grateful for her quiet support when our family needed it, I felt I would show my deep respect for her by volunteering my services to hospice. After the first year in our adopted city, I began community service as a hospice worker. I never imagined it would be a journey lasting 6 years.

In Milwaukee, several hospice organizations accept volunteer workers. After touring them, I finally selected an established, well-run unit at an inner city Catholic hospital. Located in a neighborhood predominantly African-American and Orthodox Jewish, it draws its patient population not only from the surrounding area but also from a loyal group of older people. This group, at one time, lived close to the hospital but now travels from all parts of the city to return to their old neighborhood for medical care. The hospital serves both the poor and the well-to-do.

St. Anne's Hospice Unit is sandwiched between 2 very active wings of the hospital—the east wing, devoted to patients needing short-term rehabilitation, and the west wing, dedicated to oncology patients. Unlike any other area of this busy hospital, the hall that leads to the hospice rooms is quiet. Absent is a sense of urgency. There isn't the bustle of technicians, nurses, and doctors entering and leaving rooms, checking charts, and discussing a course of action for a patient. No one has to dodge a wheelchair carrying a patient to treatment, diagnostic tests, or scans—no one here requires them. That part of the patient's hospital life is over. This part is peaceful and quiet.

All these things I learn over time. But on this first day, when the sixth-floor elevator doors open, I step out into the St. Anne's Hospice Unit, a nervous but determined volunteer. 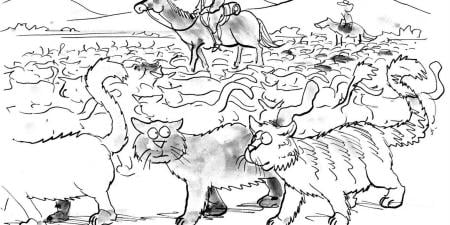 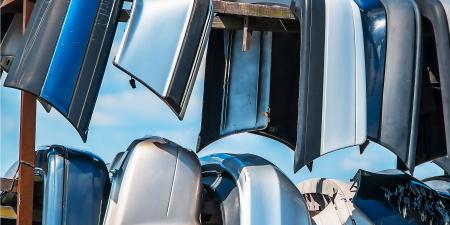 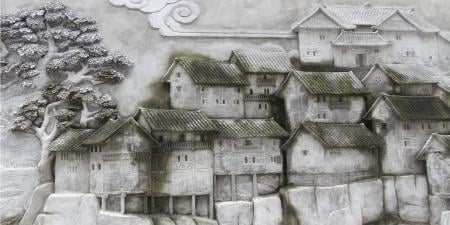 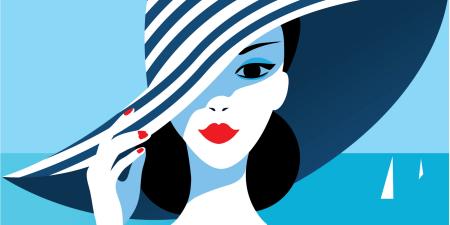