And you shall know the truth, and the truth shall make you free. (John 8:32)

When I started writing this letter last year, I was practicing medical oncology in the United States. My work, based on providing thorough information to every patient, was that of an expert in a particular field as well as an educator. By explaining diagnosis, prognosis, and treatment options to the patient, I was creating the basis for freedom: freedom not only from symptoms and disease, but also freedom to make informed choices. At the same time, I grew to believe that truth telling goes far beyond providing mere information. Truth is not just the opposite of a lie, not just the sum of correct statements, but a reciprocal state in the patient-physician relationship. This relationship is established on the basis of mutual responsibilities. In such a context, information should never become a way of delegating the entire burden of medical decisions to the patient, thus limiting medical responsibilities. Truth should expand rather than limit, professional responsibilities.

While reflecting on my responsibility to provide patients with information, which is an ethical duty of American physicians, I often thought of the different approaches used in my country of origin, Italy, where patients are not always informed of their diagnosis and prognosis. In medical school at the University of Turin in the late 1970s, I learned Italian Deontology Code, written by the Italian Medical Association, which included the following statement: "A serious or lethal prognosis can be hidden from the patient, but not from the family."

During my first year of oncology fellowship in Italy in 1983, a middle-aged businessman was told he had gastritis, when dying of cachexia from end-stage carcinoma; a young, divorced housewife was told she had arthritis while receiving palliative radiation therapy for chemotherapy-resistant metastatic breast cancer; and a college student was told he had drug-induced hepatitis, but he was indeed progressing toward liver failure from widespread hepatitic involvement with lymphoma. In each case the patient’s family or only 1 family member was informed of the true diagnosis and prognosis. A ritual started, composed of sotto voce conversations between the physician and the family members outside the patient’s room: "Doctor, don’t speak too loud" or "Doctor, tell me how much time is left for my husband, because I have to prepare." In each case, the patients knew or at least strongly suspected the truth, but there were part of a generally accepted farce of deception that prevented open discussion about the truth and how to act on it. Consequences of such deception varied from the unresolved financial problems left at the businessman’s death, to the stressful, secret, and unsuccessful attempt of the dying single mother to find a way to provide for the future of her 4 children.

In 1986, an Italian public television survey of a sample population representative of the entire nation showed that Italians were more or less equally divided in their preferences for truth telling in medicine. A 1991 study of 1171 breast cancer patients and their physicians and surgeons in general hospitals in Italy evaluated the frequency of disclosure of the diagnosis of operable breast cancer. Only 47% of these patients reported having been told that they had cancer, and 25% of their physicians stated they had not given accurate information. After reading the results of this study, I asked myself, from an assimilated American perspective, how could such women not participate in the decision to undergo mastectomy or breast-conserving surgery, especially in those cases where we predict the outcomes to be equivalent?

Later in 1991, I accepted my present position as vice-chairman in the oncology department of Santa Chiara Hospital in Pisa, Italy. The situation in the Italian medical world is rapidly evolving, with malpractice lawsuits increasing and the public skepticism of physicians on the rise. It is in this reality that bioethical issues, including patients' rights to information, are the subject of frequent discussion among physicians.

The Deontology Code was revised in 1989 and it now reads as follows:

The physician has the duty to provide the patient—according to his cultural level and abilities to understand—the most serene information about the diagnosis, the prognosis and the therapeutic perspectives and their consequences; in the awareness of the limits of medical knowledge, in the respect of the person’s rights, to foster the best compliance to the therapeutic proposals. Each question asked by the patient has to be accepted and answered clearly. The physician might evaluate, specifically in relationship with the patient’s reactions, the opportunity not to reveal to the patient or to mitigate a serious or lethal prognosis. In this case it will have to be communicated to the family. In any event, the patient’s will, freely expressed, should represent for the physician [an] element to which he will inspire his behavior.

With regard to informed consent and participation in clinical studies, the Code states "experimentation is subordinated to the consent of the subject which has to be—if possible—freely expressed in writing." In each of these statements the possibility of truth withholding still exists, and I think this can only be understood by considering the Italian cultural background.

I must first stress that I believe that ethics is inevitably connected to cultural values and, therefore, varies in different societies. This requires an implicit understanding of the dichotomy between believing in absolute values and respecting the pluralism of different cultures. This is to say, as difficult as it may sound for someone only used to 1 culture, that both the Italian and the American ways are ethical in their context.

First, the Italian culture is strongly bound to the Greek and Latin approaches to medicine. "To benefit, at least not to harm," wrote Hippocrates. Benefit is the priority in the patient-physician relationship. In a recent public debate in Rome among physicians and journalists on truth telling, even those stating that information is the basis for the contract between patient and physician stressed that the first aim of such a contract is not information, but what is good for the patient. In bioethics, practical directions derive from a balance between the 2 principles of beneficence and autonomy. While the concept of beneficence is quite similarly perceived in Italy and in the United States, autonomy is certainly viewed in different ways.

In the Italian culture, autonomy (autonomia) is often synonymous for isolation (isolamento). The Italian patient is frequently viewed as being unable to learn enough to make appropriate autonomous health care decisions. Autonomy thus would easily become isolation for a person overwhelmed by complicated and frightening information that does not develop into knowledge. If information does not create knowledge, it does not create a positive autonomy. Protecting the ill family member from painful information is seen as essential for keeping the family together and not allowing the ill member to suffer alone. In addition, many Italians find it difficult to openly confront sickness and death.

Today, many Americans usually demand and are given information that enables them to make decisions either autonomously or with a physician’s advice about their health care. Ancient Greek philosophers disputed the possibility of effectively communicating knowledge. Contemporary Italian attitudes perpetuate the belief that patients will never acquire enough knowledge to enable them to fully and appropriately participate in their care. As a result, the Italian physician remains a powerful, distant figure exercising unilateral decisions on the basis of knowledge that is assumed incommunicable. It is difficult to remain Imperator in the presence of a physician," said the Roman Emperor Hadrian in the second century, and this seems to hold true even today.

Truth and the Therapeutic Relationship

We should never forget that the ill person, because of the nature of disease itself, is in a "uniquely dependent state." The Italian Deontology Code thus allows physicians to use their experience and expertise to understand each patient and to establish how much information the patient can accept and process and in what manner the information is best conveyed. Any connection between patient and physician should be therapeutic. I firmly believe that truth is essential for a therapeutic relationship, but I have to acknowledge that the Italian society is not prepared for the American way.

On the other hand, the Italian medical scene is rapidly changing, and physicians are now confronted with medicolegal issues that did not exist a few years ago. Although strongly believing in the truth, I am concerned that Italian physicians may communicate vast amounts of complicated information to unprepared patients only out of fear of litigation. Should this happen, it probably will not give rise to real truth telling and may result in exhaustive lists of information that will not improve the patient-physician relationship.

The Italian bioethical situation regarding truth telling to patients is often compared with the US situation a few decades ago. I believe Italians should not borrow the American way, but they should learn from Americans and try to find a better Italian way. I already see signs of this happening. There are now courses in bioethics at the universities of Florence and Rome, updates on bioethics in some regions of Italy, medical meetings on truth telling and communicating with patients, and a project to establish a database for national and international bioethical issues. From the patients’ side, a spontaneous organization called "Tribunale per i Diritti del Malato" (Court for the Patient’s Right) now exists.

For now, when dealing with my patients, I try to tell them the complete truth. But there are times when this is not so easy. For example, when faced with a family repeatedly asking me not to use the word "cancer," I rely on nonverbal communication to establish a truthful and therapeutic relationship with the patient. In all instances, I make an effort to listen to the patients and to respect their need for information. Since I believe the suffering person knows the truth, I think the only way to respect both Italian ethical principles and the patient’s autonomy and dignity is to let the patient know that there are no barriers to communication and to the truth.

I hope all my Italian patients will soon ask me for the truth, and I hope I will never give information just for medicolegal reasons. Moreover, I hope I will contribute—together with my colleagues—to a positive change in our society. 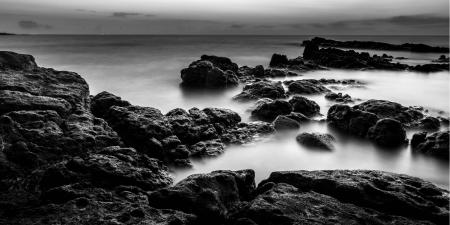 If a Colleague is Impaired 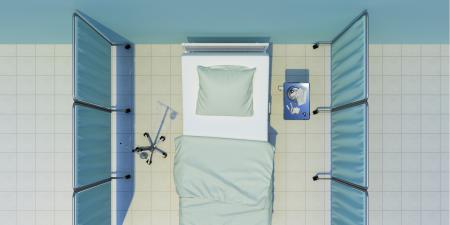 Through the Patient's Eyes: When You Come into My Room 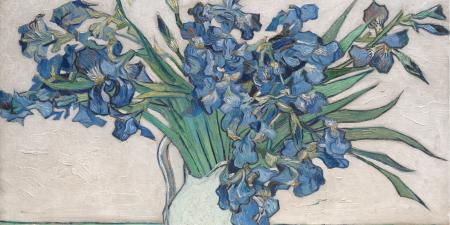 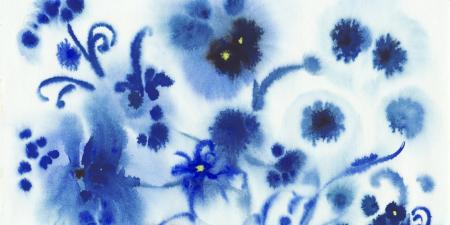