The first time I got involved in preparing the ethics section of the documentation required for my institution's JCAHO (Joint Commission on the Accreditation of Healthcare Organizations) accreditation visit, I was surprised at the variety of meanings given to "ethics." As someone trained in moral theology, I thought what we meant by the ethical aspect of life—including health care—was obvious. After devoting some time to responding to JCAHO's concerns, I became convinced that Catholic health care must carefully understand ethics in its most fundamental meaning.

Some in the health profession think of ethics as synonymous with the regulations of HIPAA (Health Insurance Portability and Accountability Act). That's not surprising, since HIPAA deals with concrete applications of such deep ethical principles as privacy and confidentiality which ground Catholic health care. But clearly, HIPAA does not exhaust, or even adequately describe these principles. Other people seem, when citing "ethical" concerns, to be speaking about risk management. In the litigious culture in which we have to operate, risk management, too, is important—but cannot simply be equated with what the Catholic tradition calls ethics.

In the Catholic tradition ethical principles stem, fundamentally, from a view of "the truly human"—what it means to be a human person, how being human affects what we do to ourselves, to others, to society, to our physical world. That's the basis for two questions that have become watchwords for medical students at my institution: "A m I becoming the person I want to be?" "Am I becoming the physician I want to be?"

To answer these questions we must reflect on our actions and pose the deeper question that is at the heart of all ethical reflection: "Does what I am doing reflect and express my very best self, the deepest truth of my own humanity?"

Of course, as human beings we can't always be sure that we are answering that question with truth and objectivity. In practice, how do people involved in Catholic health care decide among competing answers to that question when caring for patients, for colleagues and for themselves? What basis do they have to make such determinations?

In general, Catholic health care officials look to the church's centuries-old ethical tradition, unsurpassed in depth and breadth by any body of ethical wisdom in the world. In its medical aspects, it is not a collection of prohibitions—not a long list of no-no's. Rather Catholic ethics is generally positive; it grounds the respect, concern, care and cooperation on which so many Catholic health care facilities pride themselves. It expresses itself in medical care that treats the whole person—body, mind and spirit.

In particular, Catholic institutions look to a document that the Catholic Bishops of the United States first published in 1971 and have updated several times, most recently in 2001. This document encapsulates our ethical tradition as it regards proper health care; its title is Ethical and Religious Directives for Catholic Health Care Services.

The ERD, as it is known in the community, is a "metadocument" that provides the ethical framework within which we practice our healing art. It is the basis for all further ethical regulations that govern our practice: it validates and grounds everything that HIPAA prescribes; it is the foundation for all correct, honest risk management; once in a great while it requires that we ask for an exemption from certain prescriptions by regulatory bodies whose job it is to ensure what they, but not we, judge to be the correct practice of medicine [1]. In a few areas it differentiates our practice from that of other health care facilities [2].

Continually revised in consultation with theologians, administrators and physicians, the bishops' document intends to provide standards and guidance, not to cover in detail all the complex issues that confront Catholic health care today. The ERD begins by stating as the theological basis for our ministry a continuation of the healing ministry of Jesus, who "touched people at the deepest level of their existence; he sought their physical, mental, and spiritual healing. He 'came so that they might have life and have it more abundantly'" [3]. Each of the document's six parts covers a different aspect of ethical concern: social, pastoral and spiritual responsibility; the patient-professional relationship; challenges in care at the beginning and end of life; and collaboration with other organizations and providers.

Each section begins by establishing the biblical foundation for discussion, and only after that are specific directives for Catholic practice given. There are 72 directives in all, and they take up less than 15 pages of the 46-page document; the other text examines the attitudes, spirit and concern of the church's rich ethical tradition. Though a small number of the directives are prohibitions [4], the majority deal with what Catholic health care ought to do, not avoid.

Pope Benedict XVI said in 2006, "Christianity, Catholicism, isn't a collection of prohibitions. It's a positive option.… We've heard so much about what is not allowed that now it's time to say, 'We have a positive idea to offer'" [5]. The Ethical and Religious Directives are filled with the kind of positive ideas that appeal immediately to anyone wishing to provide health care that goes beyond cataloguing and treating disease and seeks to treat the sick person—body, mind and spirit. Far from imposing a largely restrictive framework that impedes doing what is needed for the good of our sick, the document provides a resource for guidance to heal people in total accord with their true nature and its moral exigencies—the way Jesus did. 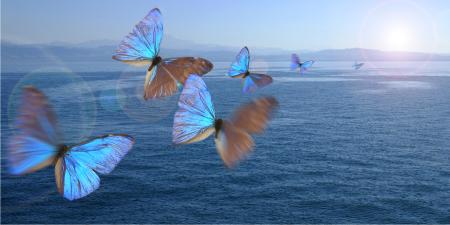 The Hard Case of Palliative Sedation