“What patients see through the glass is not a world outside cancer, but a world taken over by it—cancer reflected endlessly around them like a hall of mirrors.”
--Siddhartha Mukherjee, The Emperor of All Maladies [1]

According to the National Cancer Institute Office of Cancer Survivorship, a person is considered a cancer survivor at the time of cancer diagnosis and remains so for the remainder of his or her life [2]. By this definition there were about 13.7 million cancer survivors in the United States as of January 2012, a number projected to reach 18 million in the next decade. Sixty-four percent of the 2012 survivor population had survived 5 or more years; 40 percent had survived 10 or more years; and 15 percent had survived 20 or more years [3]. But, contrary to the common definition of survival (i.e., to live), many cancer survivors do not actually survive cancer—according to an 18-year study by the American Association for Cancer Research, just over half of people labeled cancer “survivors” ultimately died of cancer [4]. This contradiction creates confusion about the meaning of survivorship for patients, caregivers, and health practitioners. What’s more, it influences social support, policy guidelines, health care delivery and research, and survivors’ lives.

There is a blog on health care by a trained oncologist turned breast cancer patient, now “survivor,” that paints a picture. In one of her blog posts [5] she writes about a chance meeting with a colleague several years after being treated for cancer. In response to the usual “How have you been?” question, the oncologist-blogger mentioned that she’d been out of touch for a while “because of some health problems…[including] breast cancer.” The colleague said, “Who doesn’t have breast cancer?” Without a nod of acknowledgement toward what the oncologist-blogger had experienced, the conversation quickly shifted to a discussion of medical offices. The oncologist-blogger was taken aback by her colleague’s glib remark and apparent lack of concern. To her readers, she wrote:

My hair was curly for most of a year. My breasts are gone. My bones are thinner and I’m estrogen-deprived. Sound depressing? It is, for as many as 30 to 40 percent of women at some point after their diagnosis. It’s not a minor experience in the physical, emotional or life-changing sense.

The conversation between the two oncologists, one diagnosed with cancer and the other not, brings to light a common misunderstanding about survivorship. There is an odd impression in American society that cancer is a passing inconvenience for most, an opportunity for personal growth for all, and a badge of honor for those who “survive.” In reality, survivorship operates in multiple spheres with conflicting meanings, creating ambivalence about what survivorship means for people dealing with cancer and for those offering support, guidance, and treatment.

While individuals and survivorship groups have made inroads in communicating their experiences with cancer and its latent effects to the medical system, cultural and other systemic factors impede understanding of survivorship experiences and needs. Stories about courageous survivors abound, but the realities of many people’s lives look nothing like the celebratory events, sound bites, or marketing materials that pervade the cultural landscape. The remainder of this essay describes three overlapping social spheres in which the “survivor” label operates, with varying degrees of utility.

First is the patient advocacy sphere, which was a collective response to the failure of the health care system to provide coordinated and comprehensive follow-up care to cancer patients when treatment stops. A seminal report by the Institute of Medicine (IOM), From Cancer Patient to Cancer Survivor: Lost in Transition [6], described a state of limbo wherein survivors were caught between an orderly system of medical care and a non-system. There were few evidence-based guidelines on how to deal with lingering health problems, latent effects, psychosocial difficulties, and other hardships. The term “survivor” was crucial for making a case for ongoing, coordinated, and comprehensive support for the duration of a person’s life. The report recommended survivorship care plans and the need for clear standards of care. It was a step forward, and there were isolated attempts to deal with survivorship, but it took years before additional guidelines were developed [7-12].

On March 14, 2013 an alliance of 23 leading cancer centers (as the National Comprehensive Care Network) announced new survivorship guidelines to help practitioners assess the needs of cancer survivors on a routine basis [13]. They provide a general framework for screening, evaluating, and treating common consequences of cancer and treatment. For instance, at least half of those treated for cancer suffer latent treatment effects such as pain and fatigue; 19 percent meet the diagnostic criteria for post-traumatic stress syndrome; 29 percent face anxiety and depression; and cancer treatments themselves too often lead to the development of other conditions, including heart disease and other cancers [13]. Sleep disorders, cognitive impairment, suppressed immune systems, and sexual problems are also common. How these descriptions translate to clinical practice is unclear. However, they are a move toward focusing on some key aspects of post-treatment patients’ real lives—something survivorship groups have demanded as they pressed for a cooperative and comprehensive model of care.

The second sphere of survivorship is the self-help arena [14]. Over the course of many years, the term “survivor” replaced “victim” as a way to encourage personal empowerment. As the survivor identity gained social status, public discourse started to focus almost exclusively on inspiration, pride, and transformation. “Share your stories of hope,” say the countless calls for survivors’ voices from popular magazines, news outlets, and nonprofit organizations. With the goal of providing comfort and hope to those facing cancer, for example, the American Cancer Society encourages people to share their stories on its website [15]. With courage, strength, and optimism inextricably tied to “winning the war” on cancer, however, what started as social support later morphed into a profitable entertainment venue. Fundraisers and public spaces brought cancer survivors to the forefront as audiences sang songs and purchased survivor gear. Heightened attention to celebration and triumph made survivorship a multibillion-dollar industry. While the celebration resonated with some, it left the difficult realities of cancer on the sidelines, isolating those with terminal conditions and creating a backlash against survivorship culture itself.

Those who protested the “survivor” label typically recognized that, while optimistic attitudes may help people to feel better emotionally, they do not positively impact cancer progression or survival. Evidence supports this belief. People who think positively get cancer and die from cancer at the same rates as people who do not [16]. Yet the cultural mandate to demonstrate a can-do attitude in the face of cancer thrives within many survivor communities and in the broader culture. The optimism and triumph of the iconic cancer survivor sometimes has the unintended effect of encouraging people to suppress emotions that are not socially accepted, especially anger, disappointment, and fear. Doing so contributes to stress (well known for its deleterious health effects) as well as denial and depression. It also increases the likelihood that the needs of survivors will not be met. After all, if “survivors” are to be strong, courageous, and self-motivated, they surely do not need help. Tragically, the image of the triumphant survivor who cheerfully lives on suggests implicitly that those who do not survive were simply not optimistic enough.

When combined with the third sphere, medical consumerism, the term “survivor” is more loaded. In this realm the ideal survivor is armed with medical knowledge to confidently and aggressively seek medical intervention. The consumer movements of the 1960s and 1970s challenged the dominance of the medical system, arguing that those who purchase health care services have a right to play an active role in making informed choices [17]. By the 1990s, more patients sought information, questioned doctors, and asked for second opinions. At the same time, corporate medicine infiltrated survivor communities, medical communities, and the public sphere [18]. Most clinical research privatized, and huge pharmaceutical companies started to spend more on direct-to-consumer-advertising than on research and development [19-23]. The pharmaceutical industry sought to shape consumer choice and develop new markets, including the survivor population and healthy people at risk.

An example in the cancer world is the “previvor”—a term coined in 2000 for the survivor of a predisposition to cancer who has not had the disease. Commonly used in the breast and ovarian cancer survivor communities, the term made Time magazine’s top ten buzzwords list in 2007 [24]. The term typically refers to people who have a cancer-predisposing genetic mutation on the so-called breast cancer genes, BRCA1 and BRCA2. Although not everyone who inherits mutations in these genes develops cancer, the genetic mutations have been found to increase the overall risk of breast, ovarian, prostate, pancreatic, testicular, and male breast cancers.

Angelina Jolie’s shocking reveal in a New York Times editorial of [25] her family history of cancer, her inherited genetic mutation, and her decision to have prophylactic surgeries to reduce her risk of developing breast and ovarian cancer set off a public discussion about pre-survivorship, medical intervention, genetic testing, gene patenting, access and choice in health care, and personal responsibility. Though only 5 to 10 percent of all breast cancer cases and 10 to 15 percent of ovarian cancers among white women in the United States are associated with BRCA gene mutations, the Mayo Clinic reports that removing the breasts reduces the chances of developing breast cancer by 90 percent and removing the ovaries reduces the risk of ovarian cancer by 80 to 90 percent [26]. As an astute medical consumer at high risk, Jolie’s decision to remove her healthy body parts as a way to reduce her probability of possibly developing a future cancer seemed to make sense. While some called her decision brave [27-30], others pointed to the fact that such medical intervention in a culture of fear around cancer is extreme and that too many women struggle with what they feel are “all around bad choices” [31-33]. This case demonstrates how the spheres of patient advocacy, self-help, and medical consumerism both antagonize and unite survivors.

On the one hand, survivors of all types want to be heard, want control, and want choice. More than anything else, they want health, longevity, and quality of life. On the other hand, the road to these outcomes is riddled with obstacles involving profit motives, medical uncertainty, treatment modalities, access to quality care, social expectations, and other factors affecting health. The medical system is not yet prepared to deliver survivorship care, let alone presurvivorship care. There is already too little survivorship research, inadequate reimbursement for services, variation in care models, and a lack of health care providers [34]. Without an infrastructure to handle the needs of the survivor population, the social and economic burden of cancer will continue to grow along with the sheer numbers of people dealing with cancer risks, diagnoses, and the aftereffects of treatment. Until health practitioners become actively involved in survivorship at all levels of care and keep detailed histories on patients as new evidence emerges, survivors will continue to “see cancer reflected endlessly around them like a hall of mirrors.”

How Should Relief Organizations Fund Care of Patient-Asylees Who Have Cancer?

Why Should Primary Care Clinicians Learn to Routinely Examine the Mouth? 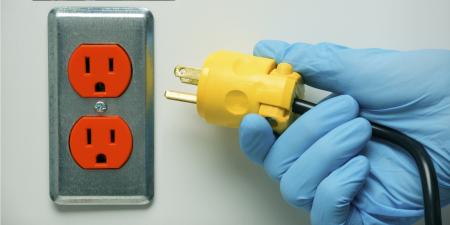 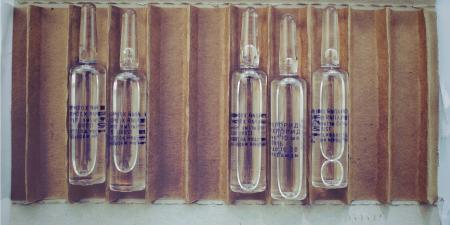