Mr. Li moved to the area about a year ago, and this is his second visit to Dr. Rodale's office. Dr. Rodale reviews her notes from the last appointment. At that time, Mr. Li's blood pressure was elevated (143/88) and his total cholesterol was 235 mg/dL, with LDL at 163 mg/dL, HDL at 44 mg/dL, and triglycerides at 427 mg/dL.

Dr. Rodale remembers informing Mr. Li of the findings and saying "Mr. Li, although making certain lifestyle changes like more exercise and healthy eating may help with your blood pressure, I think you should get a prescription to help with your high cholesterol numbers."

Mr. Li simply shook his head. "I think you're overestimating the risk and I'm not sure it matters anyway."

"Have you taken a prescription for high blood pressure or high cholesterol before?" Dr. Rodale inquired.

"Well, I've got a few samples here in the office. Perhaps you could see if you're able to keep up with the regimen and, if so, I can call in a full prescription later on."

"Mr. Li, although your risks are not dangerously high yet, if you don't do something about your blood pressure and cholesterol, they will be."

"I'm not sure what you mean, Mr. Li. In terms of your future health and risk of cardiovascular problems, it very much does make a difference." Dr. Rodale responds.

"Thanks for seeing me, Doc." Mr. Li mumbles as he walks out the door.

Two weeks later, as Dr. Rodale enters the room for Mr. Li's next appointment, she notices in the chart that his blood pressure is even higher. Mr. Li is staring absently at the corner of the ceiling.

Mr. Li informs Dr. Rodale he has a fever, which she thinks is viral. After Dr. Rodale informs him that he should drink plenty of fluids, she asks for his permission to retest his cholesterol. As during the last appointment, Mr. Li is despondent, and nothing that Dr. Rodale tells him seems to have an effect.

Dr. Rodale informs Mr. Li that he should make a follow-up appointment for a couple of weeks later to check on his viral infection and discuss the results of the cholesterol test.

Mr. Li fails to make an appointment as he leaves and does not return any phone calls during the next week about his cholesterol test. Dr. Rodale is concerned that he is depressed.

Mr. Li visited his physician with several medical problems including a high triglyceride level and a high total cholesterol. A middle-aged Asian-American, he also seemed to be exhibiting signs of depression, which could be the most acutely life-threatening of his medical problems. Dr. Rodale, his primary care physician, noted evidence of depression in the way Mr. Li responded, including his apathetic attitude and responses such as, "It doesn't really make a difference, doc." He seemed especially despondent during a follow-up visit, when he essentially refused treatment. He subsequently did not return phone calls from Dr. Rodale. Medical and ethical questions arise when the phone calls from a potentially seriously ill patient are not returned.

Depression often goes undetected in the outpatient clinical setting1 but it has been noted that more than 12 percent of outpatient family practice clinical visits are due to depression.2 Intervention is critical because of the potential for suicide or other destructive behavior. Considering Mr. Li's answers and his general despondency, depression was the most important medical problem to address during the second visit. Mr. Li's answers to questions pointed towards a worsening and possibly life-threatening depression. Addressing the depression during the initial visit might have prevented the ethical dilemma in which Dr. Rodale now finds herself: can she break patient confidentiality in order to check on Mr. Li? The second question facing Dr. Rodale is what action(s) should she take if she decides that is acceptable to breach this patient's confidentiality?

Confidentiality is so crucial in the medical setting that breaking this bond should not be considered lightly. The American Medical Association's Code of Medical Ethics, Opinion 5.05 acknowledges this important aspect of the patient-physician relationship.3 This guideline states that patients have the right to fully disclose their medical history without adverse consequences. If this ethical "contract" were to be broken routinely, patients could suffer severe consequences. For example, if patients did not feel free to discuss their medical history candidly due to fear of disclosure, then diagnoses might easily be missed, and the physician could be "driving in the dark without headlights." Thus, violating confidentiality has the potential to result in adverse medical consequences, violating the principle of nonmaleficence (do no harm).3 Additionally, disclosure of patient information to a third party in and of itself can constitute malfeasance when adverse outcomes occur. These could include social harms such as rejection by family and friends or economic harms such as denial of insurance.

While confidentiality is a keystone of Western medical care, it is not an inviolable absolute. In the case of imminent danger of self-harm or harm to others, confidentiality can be justifiably subverted. In fact, the recognition that breaking confidentiality and intervention should take place immediately is codified in the American Medical Association's Code of Medical Ethics.3 In our case, if Dr. Rodale decides that Mr. Li is in danger, she has the duty to prevent harm to him. That said, breaking confidentiality should be done in the least damaging manner available. A "welfare check" by law enforcement has the potential to limit the adverse consequences of breaking confidentiality; only the police or other authority need be involved. Other options include discussions with family members, or, in extreme cases, through the use of court-ordered psychiatric admission.

Rapid and emergent decision making without the luxury of consultation with colleagues or an ethics committee is often necessary. In Ethics in Emergency Medicine, Dr. Kenneth Iserson proposes a framework for making ethical decisions. First and foremost, Iserson notes that if there is a rule for the situation at hand, this rule should be applied.4 The applicable rule in this case is the obligation of the physician to prevent patients from harming themselves or others. If there is a reasonable belief that the patient could harm himself or others, confidentiality should be broken and the family or the judicial system should be notified.

If there is no immediate threat but there is an emergent ethical concern, Iserson suggests that the physician consider delaying the decision. In our case it is not clear that Mr. Li is a threat to himself; indeed, we have not even established with certainty that he is depressed. Perhaps he is not returning calls because his phone is not working. There may be scheduling difficulties, transportation difficulties, or other circumstance that account for his failure to return calls or keep his appointments. Collecting more data before acting seems prudent.5 This can be done in a manner that limits the breach of confidentiality. For example, Dr. Rodale may choose to leave a message with Mr. Li's family members asking that Mr. Li call the office or set up an appointment (assuming Mr. Li has consented to have messages left at home or with his family members). This can be done without disclosing the nature of the concern (ie, depression) and may also allow the family to express their own concerns about Mr. Li.

A second problem raised by this case is the patient's refusal of treatment. Mr. Li is reluctant to take medications for his elevated cholesterol levels even though the risks have presumably been discussed with him. This brings the principles of respect for autonomy and beneficence into possible conflict. Respect for autonomy can be defined as allowing patients to dictate their care, and beneficence, as a physician's deciding for the good of the patient.

In general, patients should be allowed to dictate their own care. However, there are several assumptions inherent in the principle of respect for autonomy, including the patient's ability to understand and weigh the options available, his or her ability to communicate and act on the decision once it is made, and the absence of coercion. In the case of Mr. Li, it is not entirely clear that he is currently able to understand and weigh the options available, nor is it clear that he is free from coercion.

The ability to weigh options depends on a patient's framework of beliefs and values. It can be argued that, if Mr. Li is depressed, his beliefs and values as well as his framework for decision making may be distorted at this time. In depression, a patient's framework may change to immediate goals (eg, suicide) precluding consideration of long-term outcomes and consequences. Even in the absence of the short-term goal of suicide, a patient's despondency can interfere with the ability to concentrate and clearly weigh options. Depression, a potentially overwhelming force in one's life, can be coercive, pushing one towards a single goal. An overwhelming feeling of helplessness and the belief that one is not "worth the effort" that chronic illness management requires can be coercive even though the coercion is not externally applied.

This leaves Dr. Rodale in the position of determining Mr. Li's ability to be autonomous and whether or not she should push Mr. Li to take his medication. As with breaking confidentiality, respect for autonomy can be overruled by the need to save someone's life. In the case of Mr. Li, there is no immediate threat caused by his decision to forgo therapy for his cholesterol and lipids. Thus, Dr. Rodale has no right to intervene by forcing therapy. Nor, however, does Dr. Rodale have the right to ignore the issue and accept Mr. Li's current decision as final and binding. Beneficence suggests that we should do the best for our patients.

As noted above, Mr. Li may not currently meet all of the criteria needed to be truly autonomous. Thus, the physician should address the issue of treatment again with the patient at every opportunity and assess Mr. Li for clinical depression. If he truly is depressed, treating Mr. Li's depression may change his decision-making framework and allow him to consider his long-term goals. Once his depression is treated, Dr. Rodale should readdress the issue of cholesterol (and other long-term goals) with him. If Mr. Li still refuses treatment once he is clearly capable of autonomous decision making, that is his right. However, Mr. Li's decision is not irrevocable even then. A patient's decision-making framework changes over time. What is important to a 60-year-old facing his or her own mortality may not be important to a 30-year-old. Thus, it is incumbent on the physician to raise the question of long-term treatments periodically. It remains crucial that patients be given permission to change their decisions as their framework for decision-making changes.

In conclusion, Dr. Rodale may have been able to avoid the ethical decision to break patient-physician confidentiality by recognizing Mr. Li's depression sooner. However, due to the lack of early recognition of the depression, Dr. Rodale must now decide upon the "least worst answer." In terms of long-term therapies, she must ensure that Mr. Li is free from any interfering factors when making decisions. Because a patient's decision-making frameworks may change over time, readdressing questions of long-term therapies remains important. 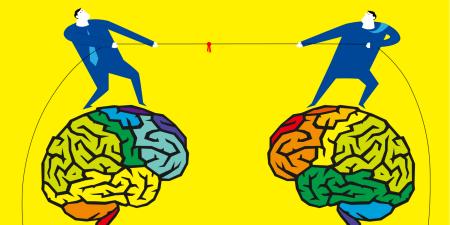 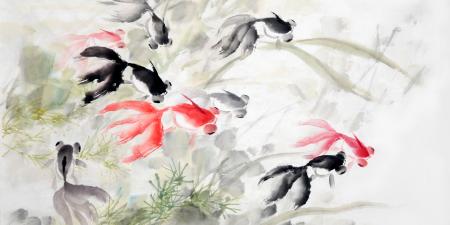 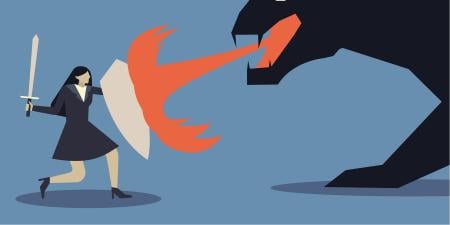 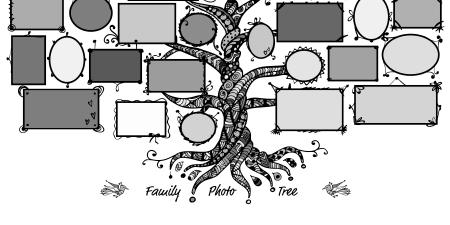 Primary Care in a Specialty Society