From day one, medical students are taught that their primary obligation is to patients. But defining who their patients are is another matter. Who counts as a patient is a complex legal question that has major implications for determining when a physician has a duty to treat, when a physician can be sued for malpractice, when a physician has “abandoned” a patient, and other serious matters. The legal definition of a patient and the corresponding duties of the physician have been debated in state courts for over a century, and many aspects of the question are still being resolved. This article will explore a number of important legal cases that have helped to define the patient-physician relationship generally, as well as some key exceptions to the general rule.

Hurley v. Eddingfield. In 1901, the Supreme Court of Indiana heard the tragic case of Charlotte Burk [1]. Dr. Eddingfield was the local general practitioner and Burk’s family physician, but when Burk suffered complications during childbirth, her husband sent a messenger to Dr. Eddingfield, and Dr. Eddingfield refused to treat Burk [1]. She and her unborn child died. Dr. Eddingfield was not considered obligated to provide care for Ms. Burk because “the State does not require, and the [medical] licensee does not engage, that he will practice at all or on other terms than he may choose to accept” [1]. The court distinguished doctors from innkeepers who are required to serve anyone who comes to their door.

Ricks v. Budge. Several decades later in Utah, a patient saw a Dr. Budge for an injury to his hand [2]. When he visited again several days later, the hand had become severely infected, but Dr. Budge refused to treat it because the patient had unpaid bills. Budge told the patient to go to a nearby hospital [2]. The hospital physician immediately operated, but the hand was eventually amputated [2]. In this case, the court decided that a patient-physician relationship had been established when the patient saw Dr. Budge at the first visit because it is “well settled that a physician or surgeon, upon undertaking an operation or other case, is under the duty, in the absence of an agreement limiting the service, of continuing his attention…so long as the case requires attention” [2]. A withdrawal is permitted even where the patient requires additional attention but only if the patient is given “sufficient notice…[to] procure other medical attention” [2].

Childs v. Weis. In this Texas case, the court held that Dr. Weis did not have an established relationship with Daisy Childs, 7 months pregnant, who presented to the emergency room, bleeding and with labor pains [3]. The physician had never seen or treated Daisy Childs. When called by the nurse, Dr. Weis told the patient she needed to go to her own physician in Dallas. During travel, she lost the baby [3]. The court stated that “a physician is not to be held liable for arbitrarily refusing to respond to a call of a person even urgently in need of medical…assistance provided that the relation of physician and patient does not exist” [3].

Mead v. Adler. In Oregon, an on-call neurosurgeon was consulted by an ER doctor who suspected a severe neurological disease was causing a patient’s low back pain [4]. The neurosurgeon examined the patient and recommended that she be admitted but said that surgery was not needed [4]. Four days later it was determined that the patient did require the surgery, following which she was permanently impaired [4]. The patient sued the neurosurgeon who was originally consulted for damages but he defended that he owed her no duty because a patient-physician relationship had not been established. The court held that “in the absence of an express agreement by the physician to treat a patient, a physician’s assent to a physician-patient relationship can be inferred when the physician takes an affirmative action with regard to the care of the patient” [4]. A patient-physician relationship was formed because the physician took an affirmative action in rendering an opinion on the course of the patient’s care.

As the cases above demonstrate, states vary in how they define a patient-physician relationship. Physicians should consult with their local medical boards to determine the law for their particular state. As a general rule, physicians are under no obligation to treat a patient unless they choose to. (Exceptions are made when emergency care is needed and when refusal to treat is based on discrimination). However, a patient-physician relationship is generally formed when a physician affirmatively acts in a patient’s case by examining, diagnosing, treating, or agreeing to do so [5]. Once the physician consensually enters into a relationship with a patient in any of these ways, a legal contract is formed in which the physician owes a duty to that patient to continue to treat or properly terminate the relationship.

HMOs. In Hand v. Tavera, Dr. Tavera was the physician responsible for authorizing admissions when the patient, a member of the Humana HMO, went to the HMO-approved hospital and complained of a 3-day headache, the severity of which fluctuated with blood pressure [6]. The patient was sent home and suffered a stroke several hours later [6]. When Dr. Tavera was sued, he argued there was no established patient-physician relationship because he had never seen the patient [6]. The court held that a relationship did exist because the patient had essentially “paid in advance for the services of the Humana plan doctor on duty that night, who happened to be Tavera” [6]. “When the health care plan’s insured shows up at a participating hospital emergency room, and the plan’s doctor on call is consulted…there is a physician-patient relationship” [6].

Consultations for benefit of a third party: curbside consultations. Where a physician provides an evaluation of a patient for the benefit of a third party, or as a professional courtesy for a colleague, a patient-physician relationship is typically not established. In Mead, the on-call neurologist was held to a have a duty that the court contrasted with “curbside consults,” in which a physician provides a professional courtesy to another physician and no duty to the patient exists [4]. Likewise, examinations conducted at the behest of a third party, such as an exam for an employer, insurance company, or court (independent medical examination) do not typically entail the establishment of a patient-physician relationship because the intent is to inform the third party, not to treat or diagnose the patient [11, 12].

Obligations to third parties. A closely related question asks to what extent physicians owe duties to third parties arising from their patient-physician relationship? In a famous case, a psychiatrist was found to have had a duty to warn a readily identifiable victim who was subsequently murdered by his patient [13]. In another case, a physician who had treated the plaintiff’s father for colorectal cancer was held to have an obligation to warn the patient’s daughter of the risk of genetic transmissibility of the illness [14]. Yet, in a Texas case, a physician was found not to have a duty to third parties, when he wrongly concluded a child patient had been sexually abused by the father, who sued. The court indicated that, in some instances, a duty might exist to third parties (here, the father), depending on the type and foreseeability of risk and the magnitude and consequences for placing that burden on a physician [15].

Where a patient-physician relationship is established, the physician has an ethical and legal duty to continue care and not to abandon the patient. A summary of court cases relating to abandonment posits that, in general, abandonment occurs when the relationship between physician and patient is terminated either (1) at an unreasonable time or (2) without affording the patient time to find a qualified replacement [16]. “Absent good cause…where the doctor knows or should know that a condition exists that requires further medical attention to prevent injurious consequences, the doctor must render attention or must see to it that some other competent person does so” [16]. A physician must notify the patient and give him or her time to seek care elsewhere. A physician who does not do so can be ethically and legally responsible for abandoning the patient. 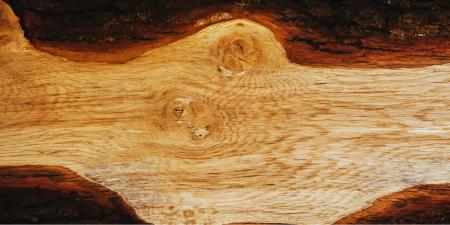 A Longitudinal Approach to Handoff Training 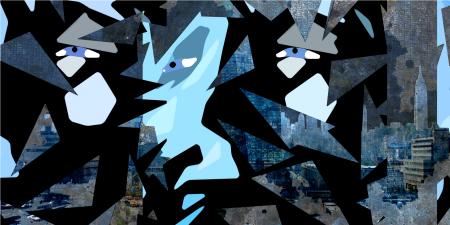