On July 30, 1965, when President Lyndon B. Johnson signed the bill that created Medicare, he outlined an ethical vision for the nation’s obligations to its older citizens. “No longer will older Americans be denied the healing miracle of modern medicine,” he said. “No longer will illness crush and destroy the savings that they have carefully put away over a lifetime so that they might enjoy dignity in their later years. No longer will young families see their own incomes, and their own hopes, eaten away simply because they are carrying out their deep moral obligations to their parents, and their uncles, and their aunts” [1].

Other major changes have occurred since the 1960s. Women, the traditional caregivers for older people, have entered the workforce in record numbers. Families are smaller [7, 8], which means fewer people available to provide and pay for care. Chronic illnesses have replaced acute illness and trauma as the leading indicators of morbidity and mortality [9]. Hospital stays are short and mostly managed by hospitalists, not family physicians. Technology of all kinds has changed medical practice and has made private homes extensions of hospital care. Hospice and palliative care, unknown in America in earlier times, are widely available, though still underutilized. And, as everyone knows, the costs of medical care have increased rapidly. It is hard to think of the medical enterprise today without calculating its financial winners and losers. Among the losers is long-term care, which is low-tech and low-reimbursement.

What do these far-reaching demographic, cultural, and economic shifts mean for older people, families, and society? President Johnson’s description of older people as deserving the nation’s gratitude and support may seem idealistic, even naïve, today. This was after all the 1960s, when hope and optimism were widespread and government programs to alleviate poverty and end discrimination had public support, even though it took years to get Medicare through Congress. Today most descriptions of the aging population use ominous terms—the “silver tsunami” or an “elderquake” [10, 11]. Older people are sometimes seen as an insatiable drain on limited resources, which in the richest country in the world are limited mainly by public willingness to pay. Despite the protestations that elderly people are consuming resources unfairly, a recent review of the health care system found that demand for services among the aging population is not the primary reason for the increase in health care costs since 1980. Since 2000, higher prices (especially for hospital stays, professional services, and administrative costs) accounted for 91 percent of the cost increases [12].

The past of course should not be seen through a soft-focus lens. Racial discrimination, sexism, and physician paternalism that would today be considered unacceptable were common in medical practice. Still, it is appropriate to ask: Should compassion and inclusiveness be abandoned? Has our culture become so enraptured by youth and wealth that we see their opposites only as undesirable burdens?

Caring for an Older Population: Still Largely a Family Responsibility

One factor has remained constant over the years: most family members continue to feel a moral obligation to care for their parents, aunts, uncles, grandparents, siblings, friends, and others to whom they have a deep commitment. Medicare was enacted after a long political struggle partly on the basis that it would help not only older people but also their families by removing the financial burden of medical care. The reality, however, is that individuals and families still suffer under the financial weight of medical bills and the costs of unreimbursed care. While Medicare pays most of the bills for hospital stays and physician visits, as well as limited home care and rehabilitation services, it does not pay for long-term care in a nursing home or long-term services and supports in the community. Medicaid pays for long-term care, which is frequently what older people need most, but there are stringent income and asset eligibility criteria. This is a “safety net,” to be sure, but only for some, and it comes with strings attached.

Most older people do not live in nursing homes or in assisted living facilities but in their own or their family members’ homes, where overwhelmingly they want to be [13]. Occupancy of nursing homes has declined in recent years. About 1.4 million people—around 4 percent of the over-65 population—lived in the nation’s 15,465 nursing homes in 2011. Not many new nursing homes are being built and many existing facilities are shifting toward smaller, homelike settings [14]. And although there was a boom in assisted living facilities in the 1990s [15], growth has slowed because the volatile housing market has made it difficult for some older people to sell their homes to pay the entry fees [16].

Nursing homes have increasingly focused on short-term rehabilitation services, paid for by Medicare and private insurance, rather than long-stay residents, paid for largely by Medicaid [17]. And states have tried to replace expensive nursing home care with home- and community-based services [14], resulting in a patchwork of programs and services, many with long waiting lists. Coordinating these services is a major challenge, and one that is often left to family caregivers.

Unpaid family caregivers provide an estimated 80 to 90 percent of long-term care outside of nursing homes or medical facilities [18]. And they do so while they maintain full- or part-time jobs; care for other members of their families; and pay out-of-pocket for the many deductibles, copays, and items that insurance does not cover. Family caregivers provide an estimated $375 billion worth of care each year, but, because it is unpaid care, it is largely ignored in economic calculations of the health care enterprise [19].

Just as significantly, family caregivers have become unpaid and untrained lay nurses, routinely providing complex care such as medication management, infusions, and injections; wound care; monitoring of medical equipment; and other tasks. An AARP Public Policy Institute/United Hospital Fund national survey of family caregivers found that nearly half (46 percent) were performing one or more of these tasks, in addition to the more traditional help with activities of daily living (ADLs), such as bathing and dressing, and instrumental activities of daily living (IADLs), such as shopping and transportation. And fully 61 percent said that they learned on their own how to do these demanding tasks. Most do not have paid help from nurses or home health aides. They are, as the title of the report suggests, “home alone” [20].

What Kind of Care Do Older People Need?

The “healing miracle of modern medicine,” cited in President Johnson’s statement, was even then an aspiration rather than a reality. Certainly there have been enormous advances in diagnosis and treatment, especially of infectious diseases and trauma, which at least in part have contributed to increased longevity. Public health measures such as immunization have made survival to adulthood more common. But most people who reach advanced ages suffer from progressive chronic illnesses and frailty, accompanied by loss of physical and cognitive function. One-third of the people who live past the age of 85 will have Alzheimer disease [21]. These conditions are not amenable to technological wizardry.

Joanne Lynn, a geriatrician and palliative care advocate, assesses the current situation in this way:

Among her recommended solutions are recognizing that “frail elderly people have different priorities and needs than they had earlier in life, and their care system must reflect these priorities” [22]. This is simply a restatement of the principle of respect for patient autonomy, which should underlie all health care decision making. Some people want “everything” to be done, while others opt, if given full information, for pain and symptom control and a focus on quality of life—in other words, palliative care. But in the push (sometimes from families, sometimes from professionals themselves) to do something, the chances of meaningful benefit and serious risks are put aside. What, for example, is the benefit to an 85-year-old man with advanced dementia of an aggressive dialysis regimen [23]?

Lynn emphasizes, as do other commentators, that “the service delivery system should encompass health care and LTSS [long-term services and supports] as equal partners” [24]. This was a key recommendation of the federal Long-Term Care Commission [25]. But it is hard to change longstanding beliefs and practices to create a seamless continuum of care, so often glibly described but infrequently instituted.

American society is a mass of contradictions; when a natural or manmade disaster occurs, at home or abroad, Americans give generously in time and money to help those who have been affected. Volunteers support many important community services. Yet proposals to spend taxpayer money on services to help people who are poor, hungry, homeless, or just frail and elderly are resisted vigorously. Americans value self-sufficiency and mainly see the meeting of needs as a personal responsibility, not a collective one.

Despite a frequently negative view of older people, let any politician or commentator suggest that doctors should discuss end-of-life choices with their elderly patients, and there will be an outcry against so-called “death panels” bent on “killing Granny” [26-28]. Yet proposals for more services for Granny and her family caregivers are voted down because “Granny should have saved her pennies for long-term care” or “Taking care of Granny is the family’s responsibility.”

If we are a truly democratic and humane society, we are all responsible for all Grannies—mine, yours, and everyone else’s. Individuals should be given affordable options to plan and save for their future care needs without becoming impoverished; families should be trained and supported in their willingness to provide care but not coerced to take on that role; professionals should recognize the individuality and preferences of their older patients and not be pressured to base decisions on the financial interests of their institutions. Finally, responsibility for shouldering the cost of care should be shared between private and public sources.

From an ethical perspective, family caregivers who accept these responsibilities, most of whom do so without any semblance of informed consent, should not be expected by health care professionals and policymakers to manage on their own. Health care professionals have responsibilities to train and support family caregivers and to recognize both their strengths and limitations. They also have obligations to their colleagues during transitions—for example, from the hospital to home care—to provide appropriate information about the patient and family caregiver to the next set of clinicians.

There are also social responsibilities to ensure appropriate housing, transportation, nutrition, places for social activities, and all the other aspects that make a community “friendly” to children, the elderly, people with disabilities, and so on.

The Affordable Care Act, with all its problems and limitations, took up the fundamental problem of access to health care. But we need to do more. Our health care and long-term care systems need to be integrated and updated in a way that both recognizes the vision of Medicare at its inception and the real world we live in today. This is as much an ethical imperative as the passage of Medicare was in 1965. 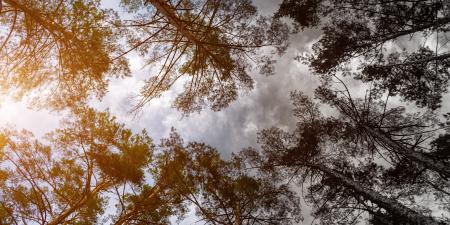 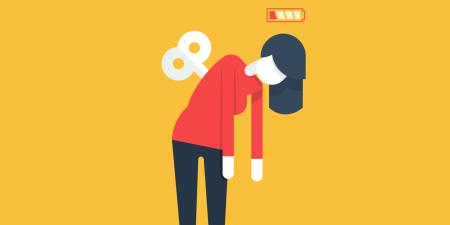 What Is the Physician’s Responsibility to a Patient’s Family Caregiver? Commentary 1 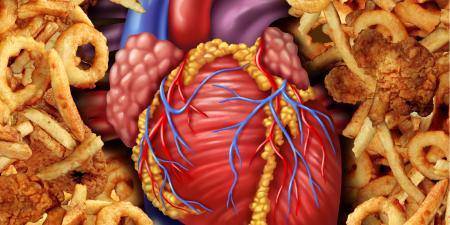